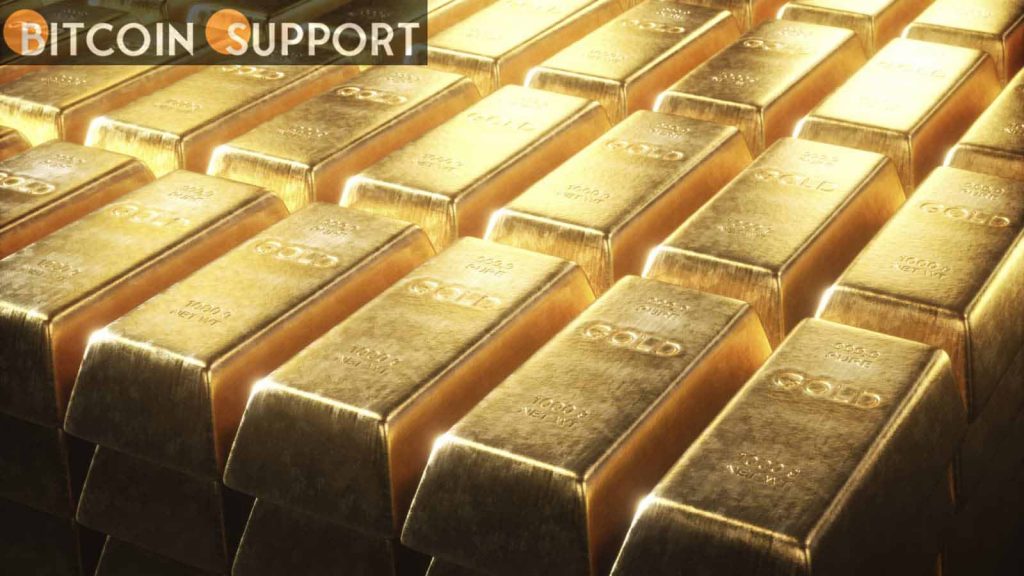 The market capitalizations of PAXG and XAUT are increasing, and both gold tokens are seeing premiums over gold’s spot market value.

The price of one troy ounce of.999 pure gold reached an all-time high of $2,069 per unit on March 8, 2022. A troy ounce of gold is equal to 480 grains, or around 31.10 grammes of nearly pure gold. The demand for tokenized gold crypto assets has surged dramatically as the price of genuine bullion has climbed. Furthermore, tokenized gold assets have been carrying a premium in recent months, with spot market values for tokens representing one troy ounce of.999 pure gold being higher than the actual bullion market.

Tether’s XAUT is now trading at a 2.18 percent premium to the current spot price of gold. Both tokenized gold asset market valuations have grown in the previous 30 days, with Pax gold (PAXG) carrying a 0.26 percent premium. On February 19, 2022, Paxos Trust Company’s PAXG had a market value of $424 million, according to data. PAXG’s market cap increased by almost 43 percent to $611 million a month later, according to measures. The market capitalization of XAUT has increased by more than 13% from $430 million to $486 million in just 31 days.

Paxos Trust Company’s vaults hold around 325,333 ounces of pure gold, based on the average price per ounce of gold over the last 30 days ($1,875) and divided by $611 million. Paxos Trust Company has added about 99,200 ounces to its vaults since February 19, according to the same average divided by PAXG’s market value growth. Tether added about 29,866 ounces of gold to its stockpile, according to the same calculations. There are about 129,066 troy ounces of.999 pure gold backing the tokenized gold crypto assets across both projects.

However, the 30-day average price per ounce differs from the total quantity of tokenized gold crypto assets reported by both initiatives. PAXG has a circulating supply of 317,255 tokens, while XAUT has a circulating supply of 246,524 tokens at the time of writing. Each token is worth one troy ounce of.999 fine gold, which is kept in vaults. Tether’s transparency page says there are 226,289 XAUT tokens available, whereas coingecko.com says there are 246,524 XAUT tokens in circulation.

The market value of the Perth mint gold token (PMGT) is substantially lower than that of the gold tokens created by Paxos and Tether. PMGT has a market value of roughly $2.1 million at the time of writing, and its trading volume in swaps has been around $13,650 in the last 24 hours. Today’s 24-hour trade volume for PAXG is $14.4 million, compared to $1.5 million for XAUT.