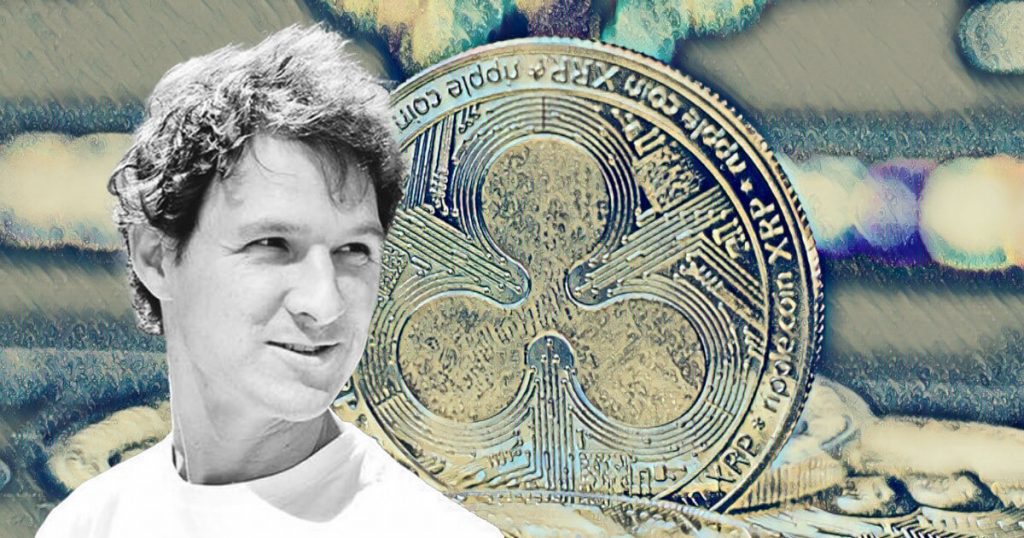 At the time of writing, XRP Scan reveals that the former Ripple founder’s “Tacostand” wallet contains only $16 worth of XRP.

Former Ripple Labs founder Jed McCaleb has finally completed the eight-year sale of his XRP holdings, leaving him with only 46,7 XRP in his infamous “tacostand” wallet.

The transaction represents the conclusion of a 9 billion XRP sale that was launched by McCaleb when he left Ripple Labs in 2014 to co-found the competing payment technology Stellar.

The amount distributed by McCaleb over the past eight years equals around 18.6 percent of the total supply of XRP and has been received well by the cryptocurrency community.

The moment we have all waited for is finally upon us. @JedMcCaleb has finally emptied his taco stand. His dumping of $XRP is now over after many years. Party time!!! 🎉🎉🎉 https://t.co/lS9kfCf98A

XRP advocate “XRP whale” tweeted to his 57,500 followers that with the final sell-off, it is now possible to own more XRP than McCaleb.

BREAKING: Recently Jed McCaleb has sold off his remaining 5M $XRP. You now own more XRP then him😎#XRP 🚀🌕

On Friday, a satirical post from “The Crypto Town Crier” led some to believe that McCaleb kept his last five million XRP “just in case it moons.”

The authors of the parody story said, “McCaleb, who has sold several billions of XRP since leaving Ripple in 2014, claimed he woke up Thursday night in a cold sweat and realised he just couldn’t let the last of his assets go.”

The Crypto Town Crier is a satirical news website whose slogan is “Where truth is more important than accuracy.”

Since late 2020, Ripple Labs has been embroiled in a lawsuit filed by the Securities and Exchange Commission (SEC), which alleges that Ripple and its officials sold XRP to investors as an unauthorised security.

A U.S. judge decided last week that the SEC must provide internal records related to the “Hinman speech,” which could serve as a crucial piece of evidence in Ripple’s defence.

Some believe that if Ripple is successful in claiming that XRP is not a security, this might set a precedent for other similar crypto token issuers and enhance the price of XRP.