Is the Ukraine conflict increasing regulatory pressure on cryptocurrency companies? 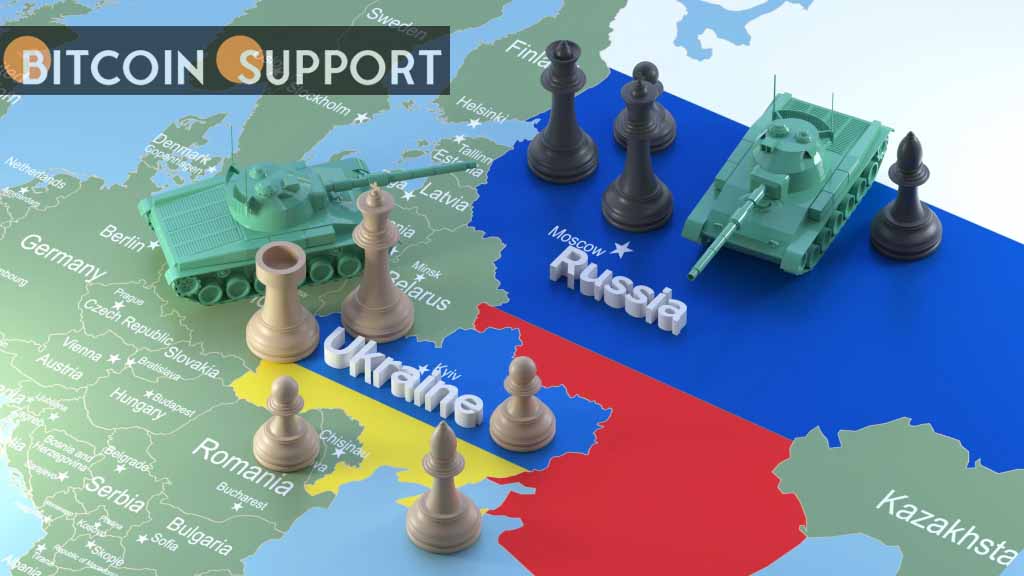 Every day, people are witnessing “in real time” why sanctions are important. “Everyone is beginning to reconsider the value of compliance and cryptography.”

Which side do you support? The conflict between Ukraine and Russia is driving individuals to answer that question. For some in the crypto world, this can be unsettling because standing with the West against Russia also means adhering to sanctions. It’s difficult to reconcile this with crypto/ostensibly blockchain’s decentralised structure and boasts of being borderless, censorship-free, and dispersed.

Take, for example, OpenSea, the NFT marketplace, which isn’t really a decentralised initiative but is frequently referred to as one. According to CoinMarketCap, “OpenSea is a decentralised peer-to-peer marketplace for buying, selling, and exchanging rare digital items.”

However, several NFT collectors were outraged when OpenSea recently prohibited Iranian users from utilising its NFT trading platform, claiming that it was merely following US sanctions law. Khashayar Sharifaee, a documentary photographer, tweeted:

This raises the question of whether the public and government authorities are now more focused on crypto-regulation, especially in light of the Russia-Ukraine conflict. By barring Iranian users, OpenSea enraged many in its community, but did it have a choice?

Furthermore, while significant crypto-related companies situated in the United States, such as FTX, Coinbase, OpenSea, and Consensys, must adhere to US sanctions and legislation, what about decentralised projects with no immediately identified headquarters, leaders, or national affiliation? Will they be able to comply as well, or will they be given a pass?

Finally, a longer-term concern arises: Will there ever be a truly decentralised marketplace? Isn’t it inevitable that the cryptoverse will have to make some compromises with centralised organisations like sovereign governments?

When asked about recent developments, Cory Klippsten, CEO of Swan.com, said, “Governmental authorities have clearly taken more interest in crypto-regulation as of late,” adding that serious regulatory talks have been occurring for many years. “However, the Russia-Ukraine conflict has brought crypto into the forefront, which is why we’re witnessing more public interest in crypto-regulatory developments.”

“For a variety of reasons, everyone is starting to reassess the relevance of compliance and crypto,” Carlos Domingo, founder and CEO of Securitize, said in an interview. “Right now, we’re experiencing firsthand the relevance and effectiveness of sanctions” in relation to the war.

Regulators in the United States are placing pressure on the industry’s biggest players to comply. “And now, partially decentralised crypto platforms,” said Markus Hammer, an attorney and principal with the Hammer Execution consulting firm. Perhaps this is why, despite the fact that Iranian sanctions were reimposed in 2020, OpenSea took a harsh stance against Iranian users this week.

“As regulations appear to be on the horizon, organisations like OpenSea are attempting to protect themselves by guaranteeing compliance with any prospective legislation,” said Klippsten, adding, “that’s why you’re seeing them block Iranians.”

Will more initiatives like Binance or FTX, which were previously ambiguous about their geographic origins, become more specific about where they are based? Will others announce, as OpenSea did last week, that “we are a US-based corporation” that must “follow US sanctions law”?

@opensea @MetaMask With our new update,we will see great discrimination for the Iranian #NFT community.Please cancel the decision you made to boycott Iran's IPs,Do not sacrifice ordinary people and the artist community for politiciansPlease sign all community this #NFTSPACESHIP pic.twitter.com/VV5OentGzl

“I’m not sure OpenSea sought to conceal their location,” Domingo responded. “The CEO and other workers were based in New York, as most people understood.” “I don’t see OpenSea as a decentralised initiative at all,” he stated for the record. I believe it is centralised in the same way as Coinbase, Binance, and FTX are.”

Rather, what we’re seeing now is that “regulators are increasingly concerned about fraud and illegal activities perpetrated against their citizens and businesses, and they’re increasingly willing to pursue enforcement action anywhere in the world, such as in the case of BitMEX,” according to Domingo.

Many in the crypto world, however, perceive OpenSea’s activities as a betrayal — after all, blockchain-based initiatives are supposed to be censorship-free. Was it fair that an Iranian artist, who had nothing to do with his government’s actions, was refused access to a platform to sell his digital art?

“Like any other centralised US-based corporation, OpenSea must comply with US sanctions rules and legislation,” stated Klippsten. “By contrast, a decentralised project like Bitcoin has no central authority and is completely permissionless.” When no one can control the project unilaterally, it’s impossible to restrict users or enforce sanctions.”

The fact that there are various sanctions regimes does not make things any easier. The United States’ sanctions against Russia, for example, are targeted. That is, they apply to financial concerns and Russian elites, including billionaires, rather than most regular Russians. Iranian sanctions imposed by the United States, on the other hand, harm all users based in Iran.

Parties’ interpretations of the sanctions can also differ. Arefeh Norouzii, an Iranian artist who was “deplatformed” by OpenSea, for example, “is not even domiciled in Iran,” according to Hammer. “In that situation, I would claim that OpenSea’s decision to deplatform Arefeh on their terms is in violation of the relevant sanctions.”

“OpenSea would be committing a crime by processing transactions from persons living in Iran,” Domingo says, adding, “It’s as simple as that.”

“I understand that people in sanctioned nations are impacted in this way because they are not accountable for the conduct of their governments, but the US government has determined that this is the best way to safeguard its citizens and interests.”

Is it fair to say that some entities are not as decentralised as they claim, considering recent events? “Some infrastructure services are more centralised than they appear at first look,” Fabian Schär, a professor in the University of Basel’s business and economics department, said in an interview, adding that customers have other options even if projects aren’t totally decentralised. “All they have to do is run their own entire node with different user interfaces.”

Many of these “semi decentralised” platforms, according to Hammer, didn’t even consider financial market regulations until recently. “They imagined themselves in the ostensibly safe ‘decentralised’ space and never considered that, over time, they would become entangled in traditional financial market regulation.” However, it is now catching up with them, especially crypto exchanges with fiat ramps, he noted.

Will DEXs abide by the rules?

What about initiatives that are genuinely decentralised? Are they untouchable in terms of regulatory/compliance issues? Isn’t it possible for DEXs and other decentralised projects to comply if they truly want to, given that there is now some very strong compliance software to spot “bad actors” on decentralised digital ledgers?

“The tools are in place, and they’re getting stronger and more effective,” Hammer added. Chainalysis’ forensic capabilities were recently utilised to identify the malefactor behind the well-known 2016 attack of The DAO, he said.

“Companies can easily comply with regulations if they wish to,” Domingo acknowledged. “There are no shortages of tools or technology, and some ‘decentralised’ projects appear to be doing so already.”

“Any party that crosses the gap between traditional finance and decentralised finance is needed to be compliant with Anti-Money Laundering regulation and sanction lists,” Schär said. Schär does not believe they will jeopardise access to traditional payment systems because their entire business strategy is based on it.

Of course, some companies will continue to engage in regulatory arbitrage for as long as they can, according to Domingo. However, because “technology moves faster than regulation, regulation inevitably catches up,” this is a misguided policy.

“There are no special rights, no external dependencies, and no one in charge who has the authority to make these judgments.”

Such initiatives can’t be directly regulated because they’re up and running indefinitely. As a result, “policymakers and regulators should concentrate on on- and off-ramps and employ indirect regulation,” according to Schär. Decentralisation is possible, according to Hammer, if an organisation follows two principles: it uses open-source technology and is administered by a decentralised autonomous organisation, or DAO.

However, even among decentralised entities, there may always be certain constraints on behaviour, and projects will ultimately have to compromise with centralised institutions such as sovereign governments.

“That’s how I perceive it,” Domingo remarked. “While finance will continue to decentralise, adoption will necessitate protections to protect investors from scams and bad actors.” We’ll get to a point where we can agree on something.”