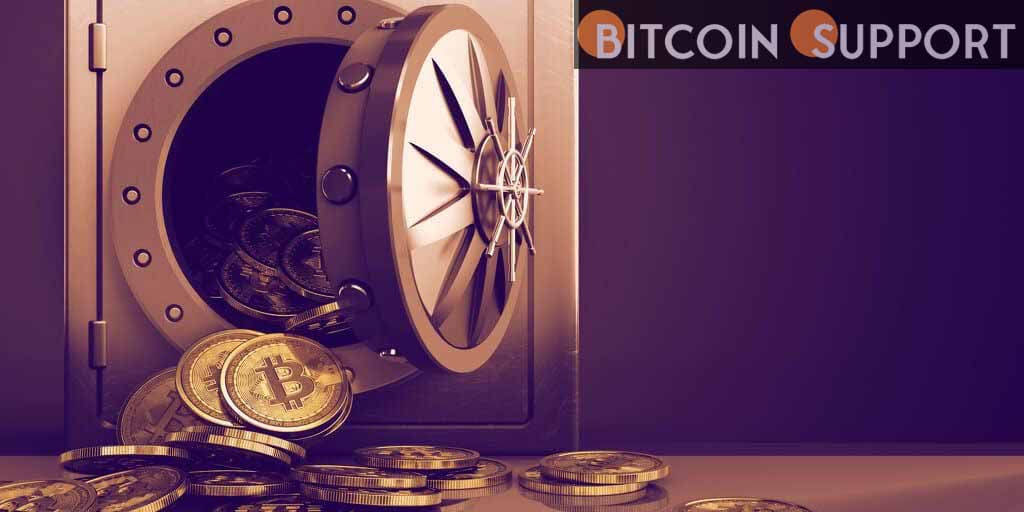 The flagship Grayscale trust continues to raise capital as it prepares to become an exchange-traded fund later this year.

Institutional investors have resumed their purchases of Grayscale Bitcoin Trust (GBTC) shares, as the discount to the spot price has increased to about 30%, according to Glassnode statistics.

Since December 2021, investors have poured between $10 million and $120 million into Grayscale’s flagship fund during certain weekly sessions. Meanwhile, the largest capital inflow — approximately $140 million — occurred during the week ending February 25, as illustrated in the graphic below. 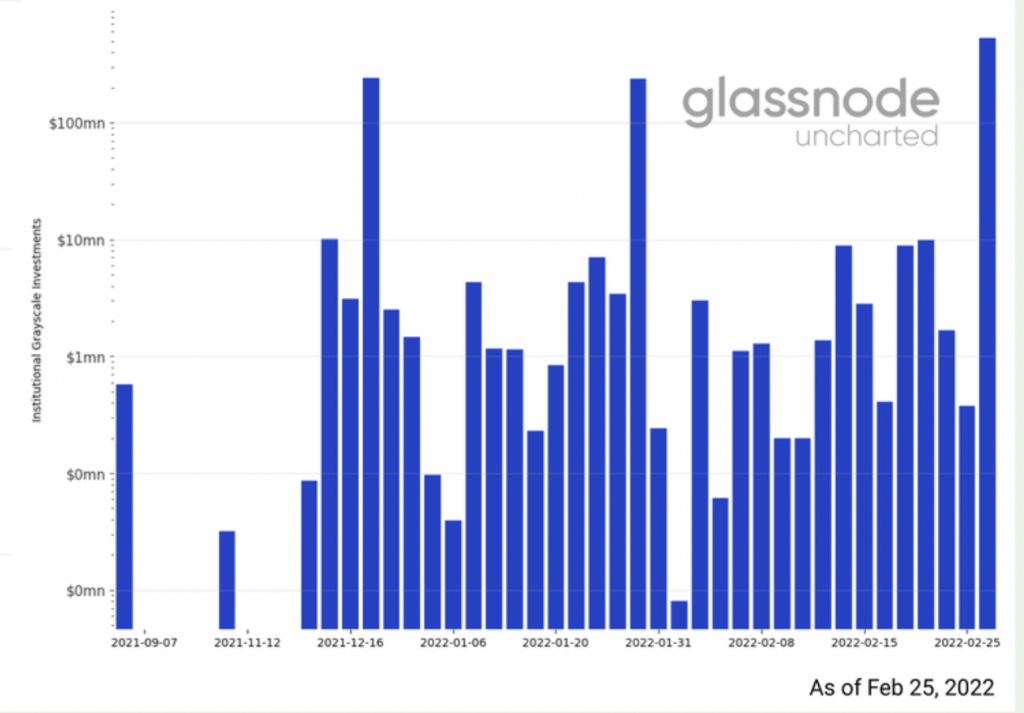 There has been no sell-off yet among prominent GBTC proponents.

The GBTC trust attracted investors when global markets experienced back-to-back shocks in recent months, including a major selloff in technology stocks followed by Russia’s invasion of Ukraine, which left many fund managers with double-digit percentage losses.

For example, Cathie Wood’s ARK Next Generation ETF (ARKW), which holds $478 million in GBTC, fell nearly 45 percent year over year, owing primarily to its exposure to sectors that were hardest hit during the recent market turmoil, including technology (43.14 percent) and communication (43.14 percent) (27.99 percent ). 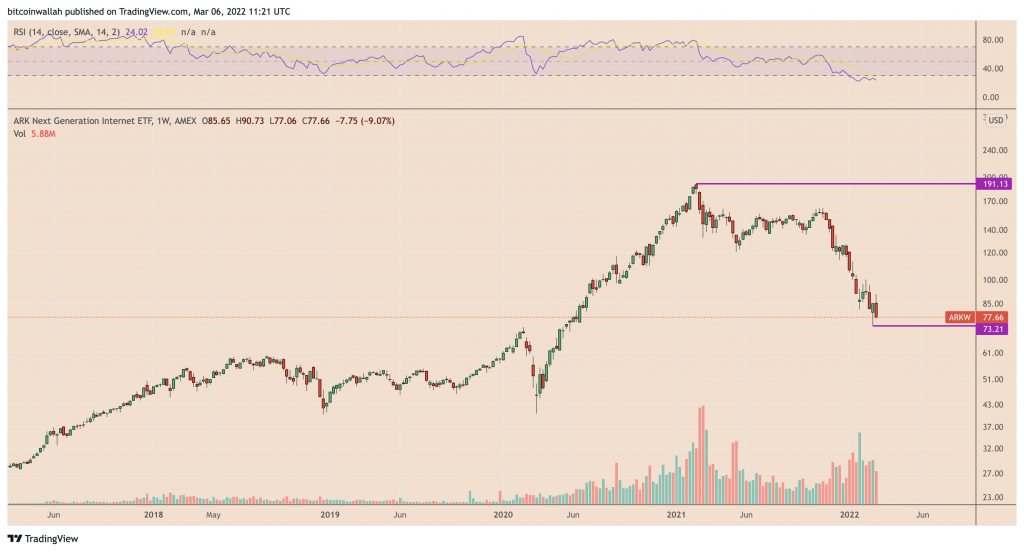 Similarly, the Morgan Stanley Insight Fund (CPODX) held more than 1.5 million GBTC as of September 30, 2021, according to its Securities and Exchange Commission filings (SEC). As of March 6, 2022, its year-over-year performance was approximately minus 43%.

ARKW and CPODX both underperformed, while GBTC plummeted 43% in the last 12 months. Neither ARKW nor CPODX, however, reported selling considerable amounts of GBTC. 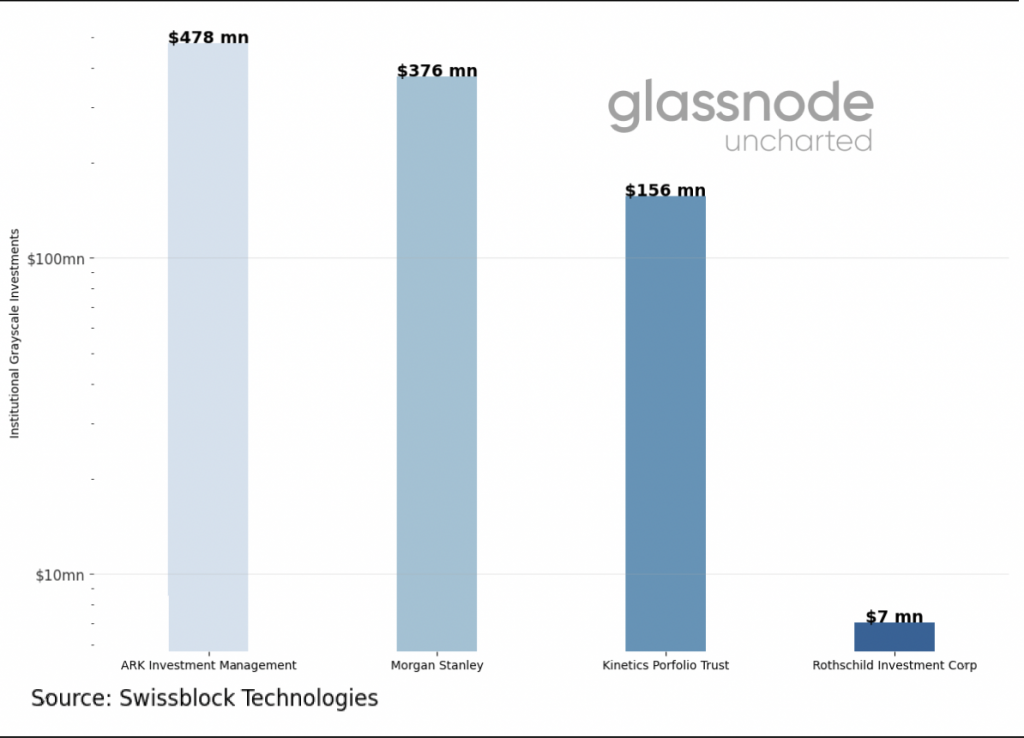 Numerous reasons contribute to GBTC’s underperformance, including increased competition in Canada from exchange-traded funds (ETFs). In contrast to GBTC, ETFs permit investors to participate in Share Redemptions, a procedure by which a fund can liquidate shares based on demand-supply dynamics.

Grayscale’s parent firm, Digital Currency Group, has attempted to decrease the discount by repurchasing GBTC shares. However, its attempts have been stymied by the creation of the ProShares Bitcoin Strategy ETF (BITO), which invests in futures contracts. This has resulted in GBTC’s pricing deviating further from Bitcoin’s current price.

Grayscale is now attempting to implement a discount killer switch by converting GBTC from a trust fund to an exchange-traded fund (ETF) linked to Bitcoin’s price. If the SEC approves Grayscale’s proposal, the GBTC discount will be reset to zero from its existing levels.

Nonetheless, the SEC has denied all applications for a spot Bitcoin ETF, citing concerns about price manipulation. By contrast, Canadian and European regulators have been more receptive to physical Bitcoin-backed investment products.

Investor Trip, an investment management firm, stated that the SEC would finally approve the spot ETF “as a result of pressure from third-party backers.”

“If approved, Grayscale will transform the trust into a Spot ETF, eliminating the discount potential,” it noted in a Feb. 14 report.

Conservative Income Portfolio experts, on the other hand, described GBTC as a “destined for zero” investment, saying that its discount to Bitcoin’s net asset value “is not actually meaningful.”

“It may be important as a metric of sentiment in the short term bounce context.”