In the midst of the Ukraine conflict, Russian cryptocurrency miners are bracing for the fallout of sanctions 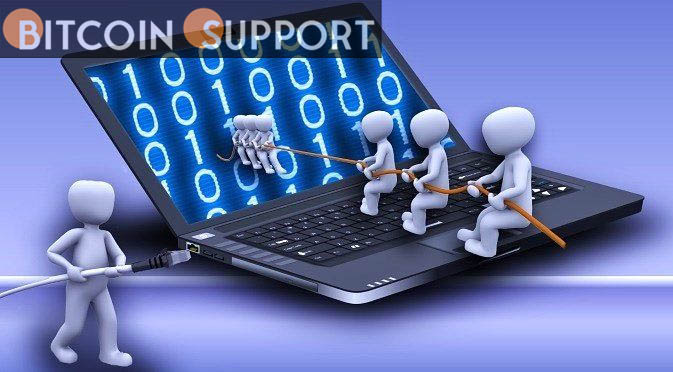 For the time being, the ruble’s depreciation has made mining in Russia more profitable, but parts and shipping prices are expected to grow.

The war in Ukraine has so far left crypto miners in Russia unharmed, but sanctions could soon put a damper on their operations.

According to the Cambridge Center for Alternative Finance’s Bitcoin Electricity Consumption Index, Russia was the world’s third-largest bitcoin (BTC) mining country in August, after the United States and Kazakhstan. Because the mines are largely in distant sections of Siberia, some as far as 3,700 kilometres from Kyiv, they haven’t experienced any major disruptions. In Kazakhstan, another former Soviet state, public instability earlier this year resulted in internet outages that interrupted crypto mining activities for a few days.

Despite the violence, mining is a “viable industry” in Russia, according to Sergey Arestov, co-founder of Russian mining hosting company BitCluster. He cited the abundant availability of relatively low-cost electricity and building supplies, as well as the weak ruble. As a result of the local currency’s depreciation, bitcoin is now worth more in rubles, making “mine even more profitable,” according to Arestov.

Furthermore, according to Denis Rusinovich, co-founder of Berlin-based Cryptocurrency Mining Group (CMG) and Switzerland-based miner Maveric Group, the ruble’s drop has made local energy affordable by global standards. He added that just a few days into the battle, Russia’s electricity tariffs had decreased by 25% to 30% in US currency terms.

Three weeks into the conflict, which Russian President Vladimir Putin describes as a “special military operation,” the worldwide bitcoin hashrate, a measure of network computing power, has remained steady.

However, on top of the fighting, Russia has become the world’s most sanctioned country, with banking restrictions, export and import prohibitions, and asset freezes affecting some of Russia’s wealthiest and most influential individuals.

“We will surely not see any outside investments in new locations or hosting for bitcoin mining in the region,” Rusinovich added. This raises concerns about network centralisation and the ever-dwindling range of possibilities for geographic computing power diversification, he said.

Sanctions have pushed people away.

At least two European mining companies have backed out of plans to expand their operations in Russia. In view of the current scenario, Rusinovich stated he has abandoned projects in Russia.

In an interview, Roman Zabuga, a representative for BWC UG, a Germany-based mining hosting firm, stated, “We don’t plan to hunt for new sites in Russia, but we are constructing more than 300 megawatts in the next six to eight months.” Once the company’s mines are finished, BWC UG would most likely house Chinese miners from Kazakhstan, he said.

When it comes to finding investors and clients, BitCluster, which also hosts mining rigs for other companies, will shift its focus from Western Europe and North America to the east, according to Arestov. He described the Middle East, Central Asia, India, and Africa as “big marketplaces.”

According to David Carlisle, head of policy and regulatory relations at blockchain analytics firm Elliptic, the choice of certain European and American miners to pivot away from Russia will not have a significant impact on the crypto mining business.

BitRiver, based in Switzerland and one of Russia’s largest mining companies, declined to comment for this storey.

Because of the restrictions, those who stay in Russia “may confront a shortage of spare parts and logistical issues,” according to Arestov.

However, application-specific integrated circuits (ASICs), which are used in crypto mining, can still be obtained from China, according to Carlisle. China, which has not imposed any restrictions on Russia, continues to be the leading maker of ASICs.

Now that Russian airline carriers have barred European aircraft from flying into Russia, Rusinovich expected a spike in fees for air shipments of hardware.

According to Rusinovich, the constraints and logistical issues with equipment acquisition would contribute to a minor increase in mining hardware demand within Russia, as it may be perceived as an investment shielded by skyrocketing inflation.

Prior to the battle, Russia was preparing to take its most significant regulatory move yet in cryptocurrency trade and mining.

The Russian Ministry of Finance proposed a bill to the Russian parliament regulating crypto trading and mining around a week before the war began. The bill’s announcement news release included few details regarding how mining would be governed, just stating that the industry will be regulated by dedicated government bodies.

There is confusion about how mining will be treated under the new regulations, as well as how Russia’s capital controls would be applied to cryptocurrency.

Exporters must change 80 percent of foreign money deposited in their bank accounts under cross-border trading contracts into rubles, according to the central bank. Because bitcoin is a convertible digital hard currency, a similar rationale might be employed, according to Rusinovich.

According to one Russian miner, regulation would be implemented fast to address the federal budget imbalance and capital flight.

According to one miner, the regulation may end up being a restriction on cryptocurrency activities, with increased electricity bills for miners (similar to what China has done), rather than a tax rebate, as had been planned.

Elliptic’s Carslile, on the other hand, believes the Kremlin may suddenly perceive mining as a much-needed source of financial flow: “A significant concern is whether, in the face of sanctions, the Russian government will turn to mining as a source of money – either by actively engaging in mining or by seeking to licence and tax it,” he said.

Given that Russia’s oil and gas industries are now directly targeted by sanctions, it’s “increasingly likely” that Russia will resort to mining. Gazpromneft, the state-owned Russian natural gas company, is one of the companies that has mined.