In order to avoid a “permanent economic collapse,” the Axie Infinity token AXS has seen its value rise by 40%. 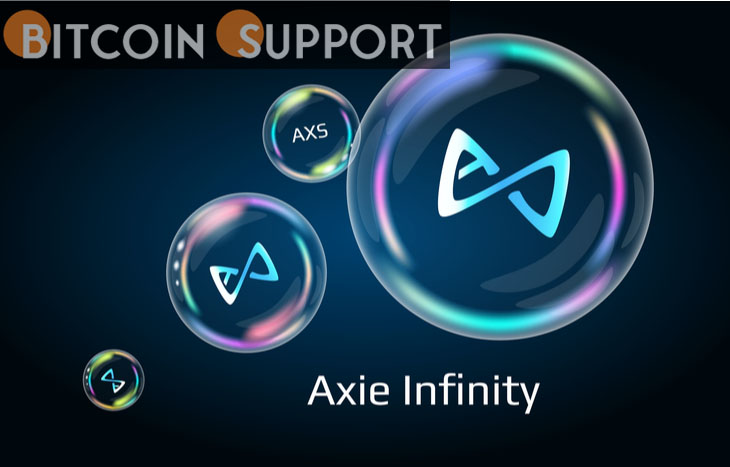 One of the most popular NFT games has announced a change that would reduce the creation of Smooth Love Potion tokens by 56%.

Play-to-earn company increased the number of leaderboard spaces to 300,000 and AXS incentives to 117,676 for the following season from an earlier 3,000 figure, specifically:

There will be a $6 million prize pool for Season 20 according to Axie Infinity, who claim that their decision would “supercharge the competitive Axie scene” and “increase demand for quality Axie teams in the ecosystem”.

The structure employed by Axie Infinity, on the other hand, is a dual-token one. Smooth Love Potions (SLP) were given to players who completed daily objectives and cleared levels in the adventure mode. Axie Infinity’s area combat also provided players with SLP benefits.

Axie Infinity also got rid of the daily mission and the adventure mode, so the only way to get SLP tokens now is to fight in the actual game world itself. The SLP token supply is expected to be reduced by 56% as a result of this move.

As players burn SLPs to reproduce new Axies, this is an absolute necessity. More SLP has been made recently by the Axie Infinity crew than has been consumed by breeding. Sadly, this resulted in increased SLP inflation, causing its per token rate to fall from its highs of $0.40 in summer 2021 to $0.008 on February 3.

Consequently, Axie Infinity eliminated pathways that were generating an increasing number of SLPs. The daily mission encouraged players to log in every day, but it also pushed the Axie Infinity economy by 45 million SLP in terms of supply. It admitted:

Because SLP is expected to become more rare in Season 20, Axies may become even more desirable. Axie Infinity’s AXS token may hypothetically rise in demand in a “ideal” scenario if gamers and crypto enthusiasts alike gain interest in the project.

Technicals of the AXS price movement

An important short-term resistance level has been reclaimed as support as a result of the most recent round of purchasing in the AXS market.

An important milestone was reached on Sunday when the AXS price surpassed its 200-4H exponential moving average (the blue wave in the chart below). Sell-side sentiment spiked after recent retests at the same level. Because of this, AXS’s ability to extend its rally was increased by regaining it as support.

According to the Fibonacci retracement chart constructed from AXS’s swing high near $140 to its swing low around $45, the $68 level would be the next upward objective. AXS, on the other hand, might aim for $80 if it makes a decisive move over that level.