Immutable raises $200 million to invest in blockchain gaming, valuing the company at $2.5 billion 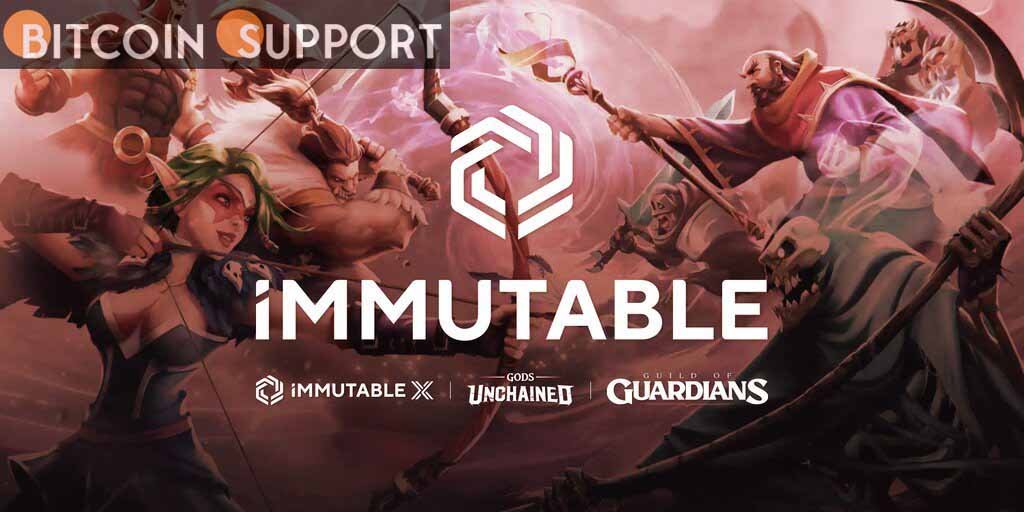 The company’s value has increased dramatically since 2021, when it was only $410 million, showing the NFT economy’s tremendous growth.

Immutable, an Australian NFT trading platform, has raised $200 million in a Series C round led by Temasek, a Singaporean state-owned investment firm, with participation from Animoca Brands and Tencent. Immutable’s valuation has been lifted to $2.5 billion thanks to additional funding from ParaFi Capital, Princeville Capital, and Arrington Capital, as well as current investors King River Capital, Prosus Ventures, AirTree Ventures, Declaration Partners, and others.

The funds will be used to further develop Immutable X, a layer-2 scaling solution for nonfungible tokens (NFTs) on the Ethereum network, as well as scale Immutable Gaming Studio, which includes the video titles Gods Unchained and Guild of Guardians. Immutable X achieves scalability on Ethereum while giving game developers with zero gas prices and a carbon-neutral environment by utilising StarkWare’s StarkEx zero-knowledge proof technology.

Immutable’s co-founder and president, Robbie Ferguson, stated that NFT economies are critical to the future of Crypto gaming, and that Immutable wants to be a leader in NFT adoption.

1/ Thrilled to announce @Immutable's next chapter alongside @temasek.

NFTs are eating the world. Gaming will be the trojan horse that means your family can trade and own digital property, without them even knowing. https://t.co/A1q9AUJfXJ

Ferguson went on to say that the digital future will require open order books rather than segregated liquidity, as well as “real” decentralization on Ethereum and consumer-focused NFT projects.

Immutable recently teamed up with GameStop to help create the retailer’s planned NFT marketplace and to support game designers through a $100 million award program. TikTok, OpenSea, Ember Sword, GreenPark Sports, and Gary Vee’s Vee Friends are among the companies that are currently developing on Immutable X.

Immutable is one of several blockchain and cryptocurrency startups that have reached “unicorn” status in the last year. A unicorn is a startup with a valuation of $1 billion or more in the startup world.