How should typical investors handle Bitcoin at the kitchen table? 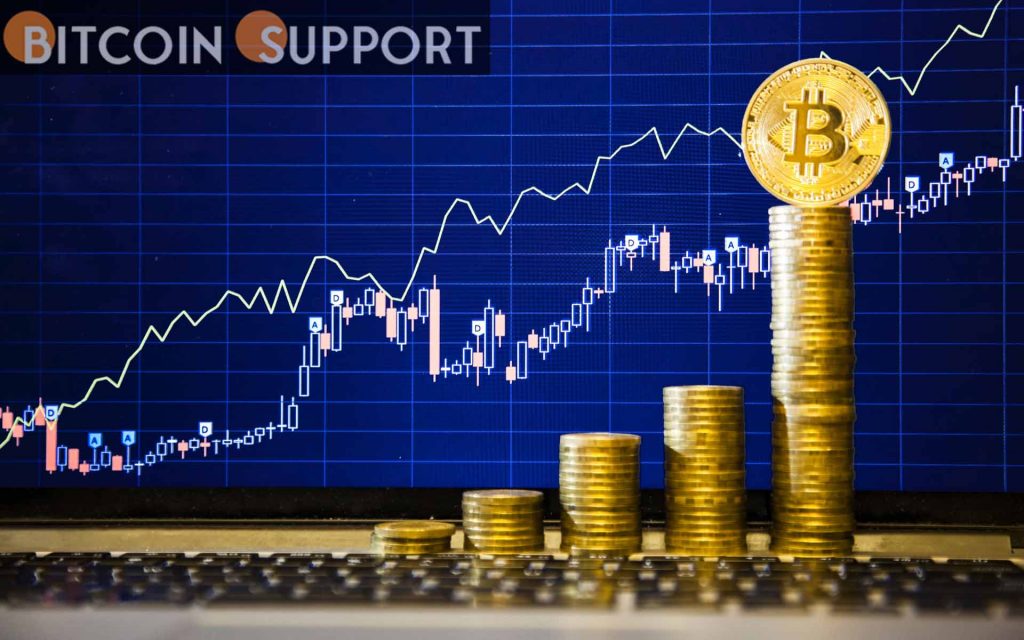 What should a retail investor do if he or she wants to invest in cryptocurrencies? Is it still worthwhile to pursue moonshots?

Cryptocurrencies have gone a long way in recent years, with their market value already over $2 trillion and huge corporations such as Tesla and MicroStrategy investing billions in Bitcoin (BTC).

While institutional investments in crypto assets have increased in recent years, social media has been dominated by discussions over how retail investors should approach cryptocurrency investments. While some advocate for all-or-nothing wagers on small-cap altcoins, more prudent strategies include investing solely in Bitcoin or using indexes to get exposure.

Cryptocurrency is more popular among younger generations, with surveys revealing that 83 percent of millennial millionaires currently hold it. What about individuals who aren’t millionaires and earn typical wages? Should cryptocurrencies be taken into account at all?

Taking care of yourself first

Traditional personal finance advice recommends that before starting a portfolio, investors should save up for a rainy day by accumulating a few months’ worth of living expenses in cash. The best way to save those dollars differs depending on who is delivering the advice, but one constant is that you should pay yourself first. 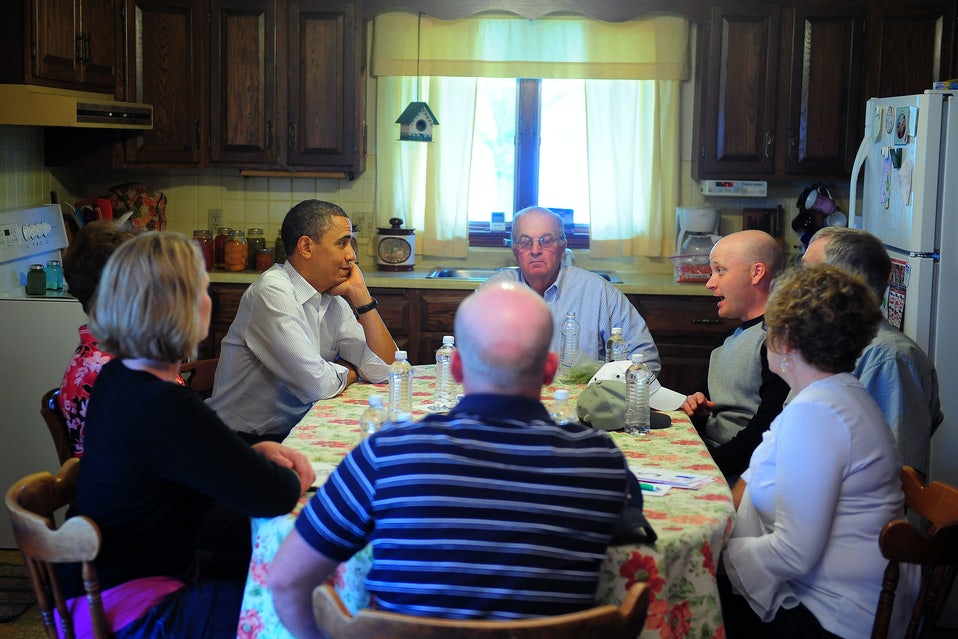 Bill Barhydt, CEO of bitcoin investment software Abra, echoed this attitude in an interview, saying that retail investors “should always pay themselves first.” Paying yourself first, on the other hand, “means storing savings in crypto for the long term, especially Bitcoin and Ether,” according to him.

“Along with some cash in high-yield interest accounts,” Barhydt continued, he holds the majority of his fortune in cryptocurrencies. During market downturns, he invests 10% to 25% of his savings in stocks, he claims.

Cryptocurrency assets, according to Barhydt, should be included in a retail investor’s portfolio, despite his own reservations about the “balanced portfolio notion.” “Balanced portfolios are for lazy people who don’t conduct research, don’t understand markets, or can’t stomach short-term losses,” he continued.

Rather, successful investors, according to Barhydt, “understand that concentrating investments based on their own convictions and homework, as well as the ability to deal with losses, is their secret to success.”

Stephen Stonberg, CEO of cryptocurrency exchange Bittrex Global, told that “crypto investments may not make the most sense on a huge scale — but it doesn’t mean they shouldn’t invest” for retail investors with small amounts to invest or limited access to portfolio plans.

According to Stonberg, investing in crypto is being compared to investing in the internet in 1993, just before the dot-com bubble burst, and the “best approach would be to look at making investments in more established coins such as Bitcoin and Ether,” which have strong use cases and established communities. He continued, ”

“Crypto should be part of a broader portfolio, and investors should conduct their own due diligence.” Diversification is a tried-and-true portfolio strategy that has proven to be resilient in the face of turbulence.”

Caleb Silver, editor-in-chief of the investing and finance website Investopedia, was more cautious, calling cryptocurrencies “extremely volatile and speculative assets that should be treated as such.”

Thomas Perfumo, Kraken’s head of business operations and strategy, told that the exchange “cannot make recommendations on what customers should do with their money,” but expressed enthusiasm about “the possibility to receive incentives through staking.”

When asked how much should be devoted to a portfolio, the majority of experts said, “it varies,” with any actual figures always falling below 10%.

Is it better to invest in cryptocurrency, funds, or indexes?

In early 2021, JPMorgan strategists argued that a 1% portfolio allocation to Bitcoin may act as a buffer against volatility in traditional asset classes including equities, bonds, and commodities. As an inflation hedge, billionaire Ray Dalio advised a 1–2% allocation for the flagship cryptocurrency in January 2022.

Bittrex Global’s Stonberg told that a somewhat “safe” allocation would be at 5%, which would be considered low-risk while yet allowing for “marginal profit.” Investors should allocate the 5% with “full awareness that they could lose it all quickly,” according to Silver, who echoed Stonberg’s figure.

Crypto index funds, futures exchange-traded funds (ETFs), and other diversified investments, according to Silver, could be less hazardous but still delivering “much less upside than individual tokens.” Companies and ETFs in the blockchain field, he argued, would be an alternative. 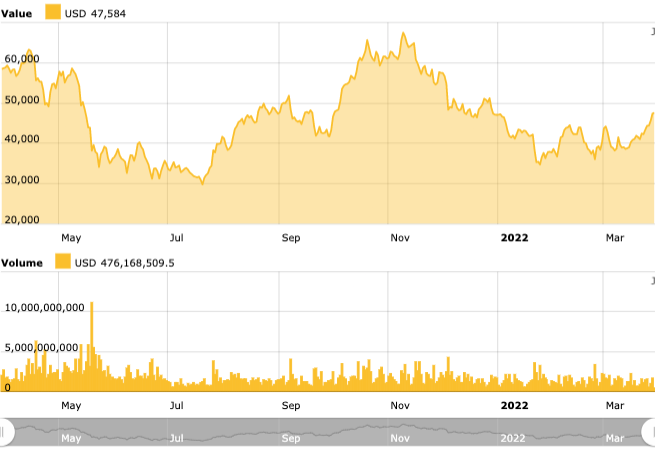 The CEO of cryptocurrency exchange KuCoin, Johnny Lyu, did not indicate what type of allocation would be made. Rather, he pointed out that specific recommendations are based on a variety of factors, including an investor’s financial and technical literacy, as well as their goals, strategy, and risk appetite.

According to Lyu, more crypto-savvy investors should put more money into the space than those who are only interested. He continued, ”

“Knowing how digital money works gives you certain advantages in terms of personal, financial, and career progress, regardless of how much you invest in crypto.”

Diversification, according to Lyu, is a golden rule for any investment. “Coins of various types, such as top crypto assets, stablecoins, nonfungible tokens, decentralised finance instruments, and so on” make up an excellent crypto portfolio. He suggested that such a portfolio be part of a broader one that included non-crypto assets.

A common warning in the area is to invest only what investors can afford to lose, but what if investors aren’t able to stomach the losses that may occur? BTC rose to a high of $20,000 in 2017 before plummeting. By late 2018, it had spooked thousands of investors and was trading at just over $3,000 per share.

Those who had the fortitude to continue to their strategy benefited, as Bitcoin achieved a new high near $69,000 in late 2021. Those who didn’t were stunned as they saw the rollercoaster unfold. Stonberg proposed an answer to the problem:

“A good way to start with crypto is to figure out your risk tolerance: how much money you have to invest and how much danger you want to take.”

Even if some investors put their hard-earned money into cryptocurrencies with the knowledge that their investment may lose all of its value, it’s apparent that cryptocurrencies and its innovations will be there for a long time. BTC has become so popular that it has been compared to a digital form of gold.

As cryptocurrencies grow more widespread, Stonberg believes “that crypto investing will become a frequent source of conversation for a family in the next year or two.” Silver concurred, stating that “financial, investing, and payments are shifting to the crypto world.” The more we talk about and learn about these topics, the better consumers and investors we will be.”

Cryptocurrency investments, according to Barhydt, should be a secondary investment debate, with the first being “how are families going to ensure that they can pay themselves first?”

At the end of the day, it’s critical to consider the aim of bitcoin investments first. Short-term price swings are easily tolerated by investors who buy BTC due of its resistance to censorship. Bear markets, regardless of the investment vehicle chosen, may become a nightmare for those who want to retire early and live on an island.