How innovative young ventures are integrating DLT and music 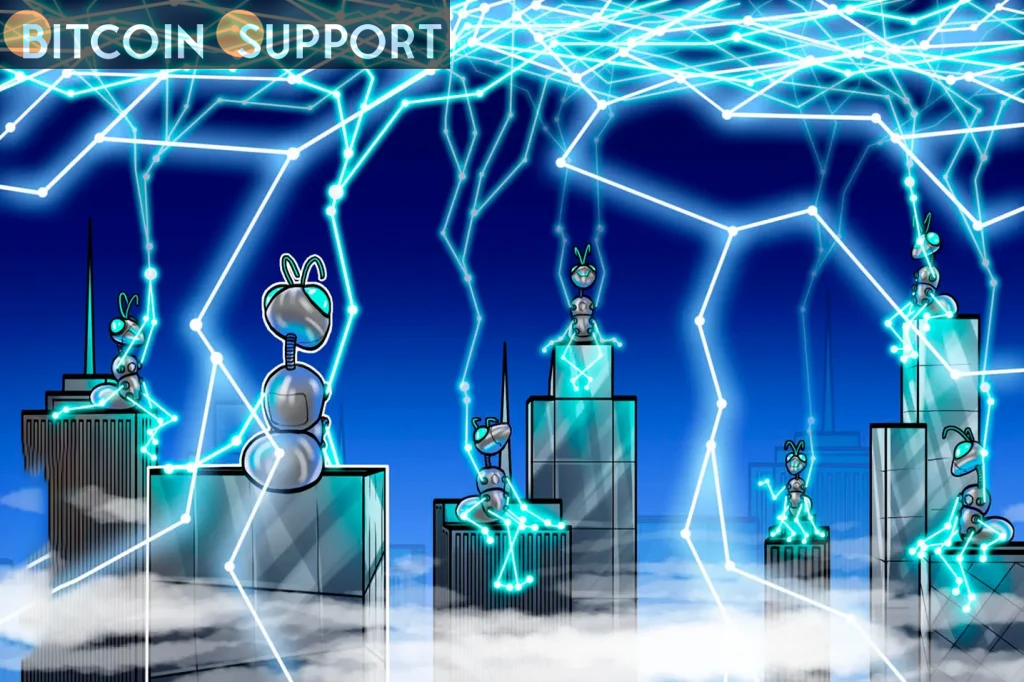 As the world scrambles to uncover the most compelling applications of Distributed Ledger Technology, the music business has maintained its prominence in the public eye.

At its most basic level, blockchain functions as a distributed database in which multiple devices deployed around the network must validate the entries submitted. As a result, blockchain technology is most renowned for its decentralisation, anonymity, and security, all of which are exemplified by the world’s first cryptocurrency, Bitcoin (BTC). While people immediately link Bitcoin with blockchain technology, this is merely one of the technology’s many applications.

Currently, one of the most significant use cases is in the music industry, where producers have acquired new options to engage directly with their fans, further removing the need for an intermediary.

The music industry is currently beset by a number of broad challenges, one of which is the burden that record companies appear to place on the musicians with whom they collaborate. Historically, labels have dictated how an artist looks and sounds, while also taking a large portion of their revenues. To put this in context, the three main record labels in the United States control two-thirds of the country’s music.

Unfortunately, this has resulted in creatives being the first to work but the last to benefit. These artists frequently receive minimal information about the royalty payments they will receive and no statistics on who is listening to their music.

These issues have been exacerbated further by streaming services such as Spotify, which, while initially promising for the industry as a whole, have once again favoured the label. Then there are the burgeoning file-sharing networks that encountered regulatory impediments and ultimately failed to achieve their intended freeing goal.

Fortunately, the decentralised ledger technology that underpins it has the potential to usher in a golden age of music for both artists and consumers.

Numerous DLT-powered ventures now altering the business are built on the premise of connecting fans and performers. At their foundation, these platforms are focused on improving the user experience for both audiences by growing larger and more involved communities where fans become marketers. Fans are driven to fulfil this function in some of these models because they stand to profit as the artists’ audience rises.

Additionally, these systems utilise nonfungible tokens, or NFTs, to register the ownership of objects, allowing musicians to release their songs on the blockchain. This paradigm enables artists to reclaim complete control of their work and resolve ownership disputes on their own. For instance, these users may sell CDs as an NFT, with the proceeds from the selling of stakes establishing collective ownership. By adopting this strategy, musicians assume the role of a businessperson, promoting true art in the manner in which they view it.

Additionally, artists gain access to new revenue streams through an NFT. One example of this is musicians automatically receiving a part of profits when others remix their work. Alternatively, artists may choose to collect micropayments for their streams while simultaneously utilising NFT minting, which opens up a number of new possibilities.

Local artists will also profit from increased prospects for international discovery, a potential linked to enhanced algorithms and the inherent inclusiveness of decentralised music platforms. Not to add, when a fan plays their song, crypto-powered payments will enable near-instant transactions.

Along with NFTs, utility and other cryptocurrency tokens are crucial in the development of decentralised music services. By and large, platforms’ native tokens provide a straightforward mechanism for fans and artists to influence and reform the process of creating and distributing music.

Now, all that remains is for a platform to bring these intellectual concepts to life. Several promising fledgling projects, including Tune.FM, have already begun this process.

Tune.FM was founded with the objective of establishing a global marketplace for independent music. Artists will have a space to collaborate, share their work, and engage with their fans directly. Artists will receive access to a hybrid licence that will enable them to stream, sell, publish, and broadcast music on the same platform while also accepting payment in fiat and cryptocurrency.

Tune.marketplace FM’s is based on the JAM token, which enables micropayments directly between fans and artists, ensuring that musicians earn more than they would have earned through the old stream and download model. Additionally, the JAM token serves as an incentive for streaming and curating music. As an incentive, JAM will provide a win-win system in which all players are adequately compensated for their efforts and continue to profit from Tune.whole FM’s ecosystem.