How businesses are embracing Web3 structures in the post-consortia era 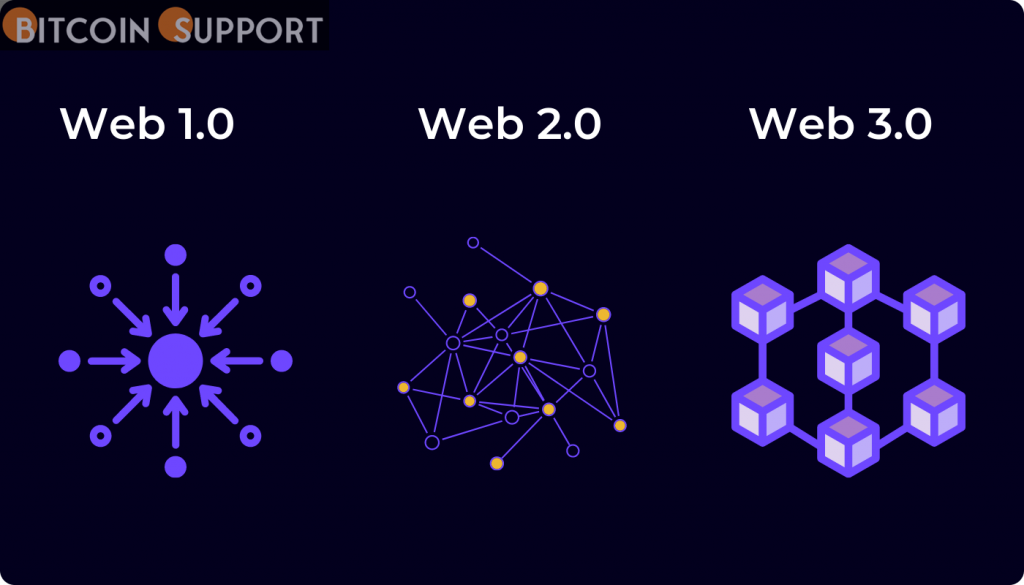 Though blockchain-enabled consortia become the norm for businesses, they now operate in a Web3-infused environment, and it’s critical that they adapt properly.

We are now in the middle of a “spring” that is helping firms reimagine how they deliver value, after the early euphoria surrounding blockchain applications and the long blockchain “winter” that followed. According to PWC, blockchain is estimated to contribute $1.76 trillion to the global economy by 2030. 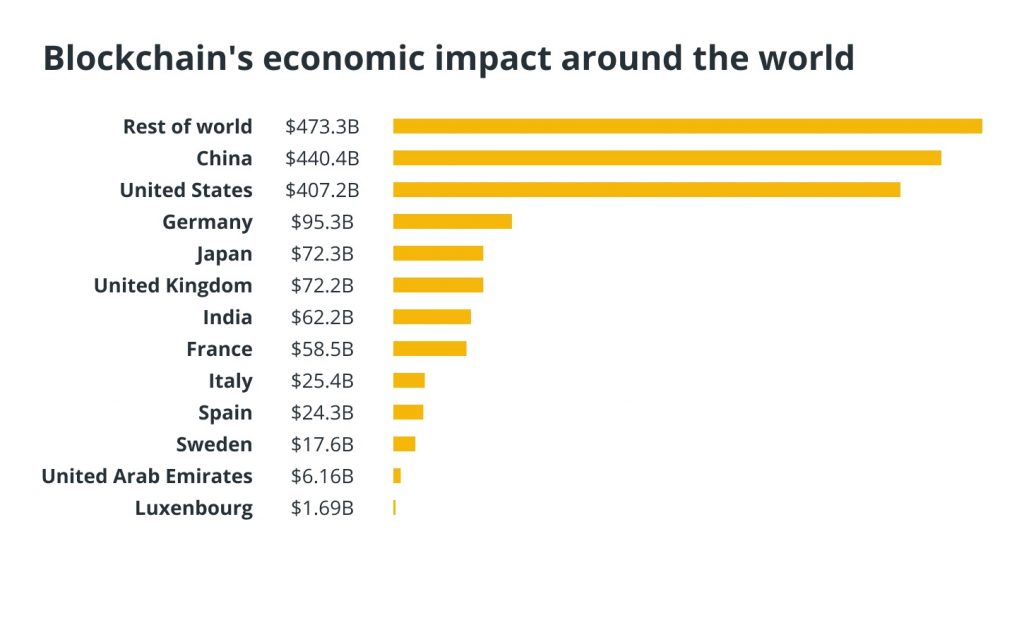 B2B deployments, which stand to benefit the most from the security, immutability, and streamlining options given by blockchain-based transactions and connections, are likely to account for a large portion of this increase. It’s difficult to overstate how much businesses stand to benefit from processes that include many partners, dozens (if not hundreds) of goods, and onerous bureaucracy for practically any business operation, especially when considering the arrival of more agile competitors.

However, whereas small and medium businesses (SMBs) adopt new technologies and products more quickly and nimbly, corporate adoption is slower. Sale cycles are longer, there are more gateways, and various internal stakeholders have strong motivations to maintain things the same.

The consortium is formed

Part of business blockchain’s ascent has been fueled by a rising desire among corporate decision-makers to collaborate with others to develop and test similar solutions. Everyone hoped that the more entities that collaborated on generating and managing proof of concepts, or pilot stages, the more useful the results would be. Membership in bigger collaborative groups, or “old world” consortiums, has been used to carry out these initiatives. Various specialised blockchain consortia for certain industries, such as RiskStream and B3i, have begun to emerge. 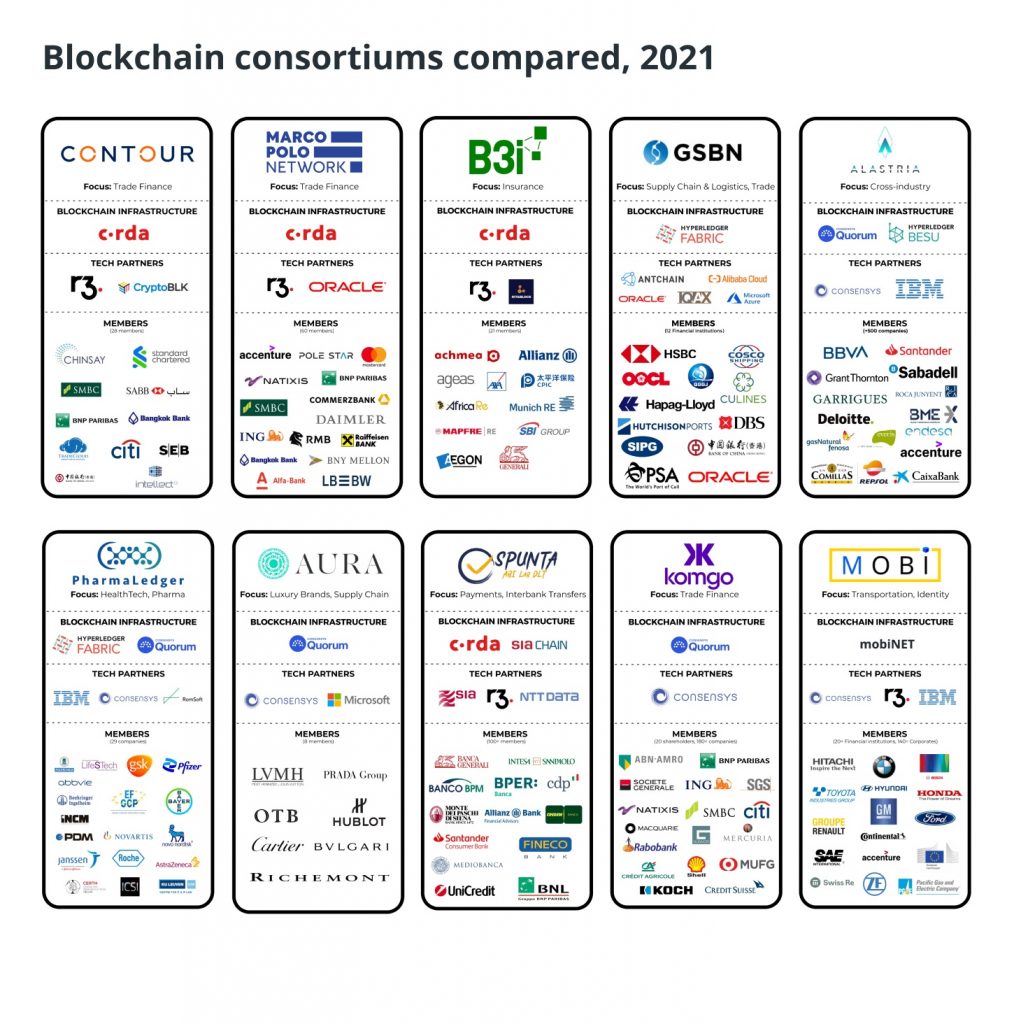 Existing industrial consortia and governance organisations have also begun to set up dedicated networks for their members, similar to the GSMA’s initiative in the mobile market. According to Deloitte’s Global Blockchain Survey, 92 percent of executives said they were already a member of a consortium or expected to join one in 2019.

Looking back, it appears that enterprise blockchain implementations all have one thing in common: very few of them are led by consortia. Sure, some businesses have formed ad-hoc consortia, which represent the many stakeholders in a specific ecosystem in order to encourage early adoption and obtain an initial consensus (Mediledger and Tradelens being two examples of this). However, the basic truth is that solutions were developed and deployed by for-profit providers and accepted by for-profit enterprises without being reviewed or greenlit for deployment by industry-wide consortia at every step.

The case for industrial divisions is becoming increasingly tenuous

Because of their limits, enterprises who wish to experiment with the technology, establish use cases, and acquire traction are typically discouraged from doing so on public chains, particularly those that prefer to keep their operations internal and private. Developers were forced to create blockchain in segregated methods before interoperability became a priority for the industry. Consortia granted permission, owned, and regulated them.

However, ten years later, consortia are still reliant on private-permissioned solutions. Evolution is unavoidable in the enterprise blockchain industry. Greater interoperability and the impending Web3 wave necessitate a rethinking of the role of blockchain consortia in the equation.

Will DAOs eventually supplant consortia in the enterprise?

New incoming infrastructures, as well as the role performed by decentralised autonomous organisations (DAOs), which are using smart contracts and governance protocols, may potentially supplant blockchain consortia as the industry focal point. DAOs have even piqued the interest of more traditional investors, such as Mark Cuban, who described them as “the ideal mix of capitalism and progressivism.” “As DAOs take on established enterprises, the future of organisations could be radically different,” he tweeted in May, “if the community excels at governance, everyone shares in the benefit.”

The future of corporations could be very different as DAOs take on legacy businesses. It’s the ultimate combination of capitalism and progressivism. Entrepreneurs that enable DAOs can make $. If the community excels at governance, everyone shares in the upside. Trustless can pay

Andreessen Horowitz, or a16z, is a venture capital firm that has led multimillion-dollar funding rounds for both individual DAOs and firms that assist DAO establishment. However, DAOs are only useful in certain situations, and not all industries of business seeking alignment can put this concept into practise. In 2022, keep an eye out for some really intriguing developments in this industry.

So, where are consortia most useful? The standards, not the network, are being defined.
For most ecosystems, agreeing on a common data model, for example, would be a significant step forward. And it’s not out of the question. When Contour and GSBN (considered to be competitors) worked on a model to encourage digitization across the worldwide shipping industry, it benefited users of both Contour and GSBN’s solutions. This is where consortiums come in to help firms and businesses collaborate and achieve a common purpose.

Despite their best efforts, industry consortia have no realistic chance of keeping up with the frantic pace at which the tech industry creates solutions, platforms, and networks. If they insist on defining the exact shape of the stack, they will shortly become obsolete. They will add value to the organisations they serve if they choose to develop standards that allow any stack to be adopted for transformation. In the Web3 age, voting and reaching a consensus on features or a shared roadmap will take place without the use of intermediaries.