How are Afghans use cryptocurrency under the Taliban government? 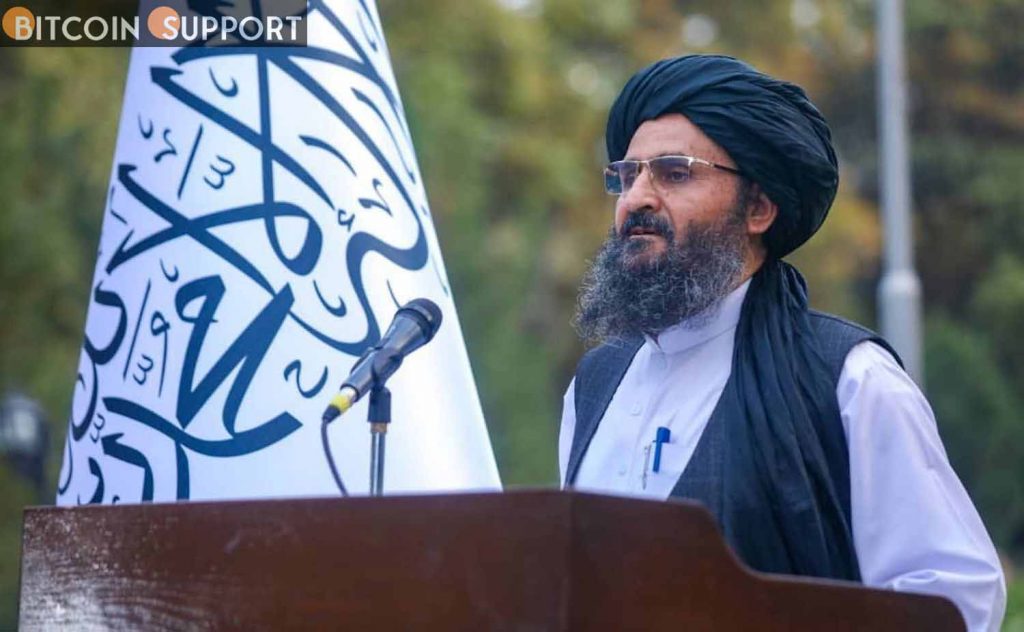 Afghans have demonstrated a strong interest in cryptocurrencies, with some utilizing them to circumvent US restrictions and receive payments from other nations.

Many international non-governmental organizations and services ceased operations in Afghanistan in August, when the Taliban took complete control of the country. They included payment providers such as Western Union and Swift.

Numerous Afghans have since begun to educate themselves about cryptocurrencies and the underlying blockchain technology in order to receive remittances from outside. Due to the absence of electronic payment services such as PayPal and Venmo in the 5,000-year-old country, Afghans have missed out on numerous chances in the online business world.

“We missed several options like as blogging, affiliate marketing, and online dropshipping because the majority of them accept PayPal,” Heshmat Aswadi, a local cryptocurrency trader, explained in an interview. “I learnt a lot about blogging, but it was all for naught because I was unable to earn money online.”

Aswadi is a student of business administration at Herat University and desired to start a fintech blog, but when he explored how to earn money, the 22-year-old became discouraged.

He eventually learned about cryptocurrency, which he described as “one of the nicest things that has ever happened to him.” Aswadi picked up knowledge along the way as the cryptocurrency business evolved in mid-2021. He currently trades tiny sums of digital assets to supplement his income.

Banks and governments, particularly in developing nations such as Afghanistan and Iran, must consider using digital currencies as legal tender, according to Aswadi. “At the very least, they could use a central bank-issued digital currency,” he continued.

“Although there is no need for our government to spend extra money on a central bank digital currency project, if they don’t want decentralized assets, a CBDC could still be an option.”

When the Taliban took power, money transfer providers such as Western Union and Swift ceased operations in the nation, stranding many Afghans who received money from family living outside. At the moment, the only option to receive money from other nations is via cryptocurrency.

Afghanistan was placed 20th out of 154 nations in Chainalysis’ 2021 Crypto Adoption Index during the crypto boom in 2021.

Ali Rahnavard, a local cryptocurrency dealer and trader in Herat, Afghanistan’s second largest city, claims he has witnessed a massive increase in the number of Afghans utilizing cryptocurrencies. Rahnavard stated that his customer base has increased “tenfold” in the last year.

“The main reason behind this growth is that people needed to find a way to receive money from their family and friends who live in other countries,” Rahnavard told.

“It’s much cheaper and faster” than the previous payment systems like Western Union, Rahnavard says.

Along with trading, he has spent the last four years educating Afghans how to trade and use cryptocurrency. This expertise would be advantageous if the country’s Taliban government chose to employ cryptocurrency to facilitate e-commerce.

“Crypto could pave the way for the Taliban to get back to international business as well.” he said, “While the Taliban don’t seem to have the necessary knowledge on how to use blockchain technology at the moment, they could at least help by not banning cryptocurrencies.”

How is crypto used in Afghanistan?

Binance stated in November 2021 that it will discontinue service for Swift bank transfers to user accounts in a number of countries, including Afghanistan. Due to the fact that the majority of people in the country use Binance, it became difficult to deposit and withdraw cryptocurrency to and from the exchange.

Currently, clients obtain crypto by visiting a crypto dealer’s business and paying the required amount in local fiat money, afghanis, or US dollars.

To obtain bitcoin, the dealer must contact a third party who will send it to his wallet. The dealer typically deposits the funds into the sender’s bank account using a local Hawala system. Dealers avoid credit and debit cards because they charge approximately 11% for foreign purchases, according to Rahnavard.

The dealer then requests the customer’s wallet address and transfers the cryptocurrency, which is often Tether (USDT).

Did the Taliban ban crypto?

The Taliban have yet to impose any laws or prohibitions on digital money. If a leading Islamic expert declares cryptocurrency to be haram (forbidden), the Taliban will ban it “without hesitation,” Rahnavard explained. If they deem it halal (permissible), “we may employ the best technology on the planet in perpetuity,” he continued.

One of the major impediments to crypto adoption in Afghanistan is the country’s low literacy rate: only 43% of the population is literate, and an even smaller percentage has regular access to the internet.

“Cryptocurrencies could be our only chance and window to true financial freedom. With all the problems we have in Afghanistan, it’s obviously very hard to teach everyone about crypto but it is not impossible.” 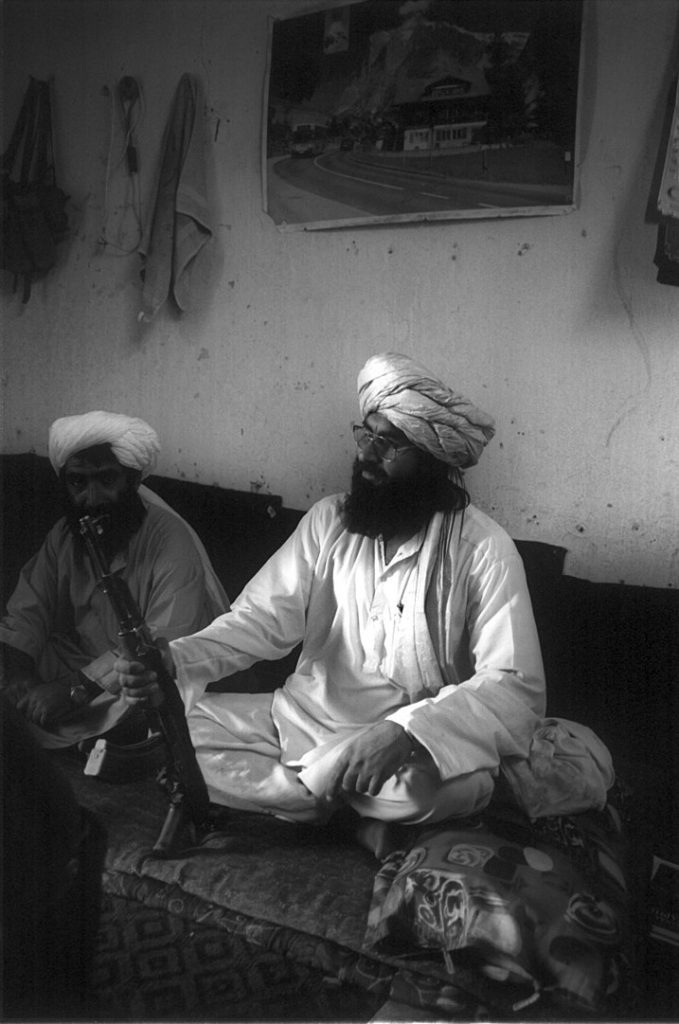 When the Taliban assumed power, they restricted bank account withdrawals in an attempt to alleviate the cash deficit caused by US sanctions. As a result, millions of Afghans were unable to obtain food. Some even attempted to sell their children, garnering international media attention and generating money.

In September of last year, Bookblocks.io and the nonprofit “Women for Afghan Women” launched a nonfungible token (NFT) project. They made digital art to raise funds for the education of women in Afghanistan and those seeking asylum in the United States.

“This is a generation that grew up hopeful and dreaming about their futures as a result of educational opportunities,” said Naheed Samadi Bahram, the United States country director for Women for Afghan Women. “We are dedicated to assisting Afghan women and girls in Afghanistan as well as Afghan refugees in the United States.”

Fereshteh Forough, another social crusader and entrepreneur, has sent cryptocurrency to Afghan females in need.

Forough is the creator and CEO of Code to Inspire, an Afghan girls’ coding academy. The academy opened in Herat, Afghanistan, in 2015.

According to Forough, 350 females graduated from Code to Inspire, and 66% of them began their careers to provide for their families. “The females texted me to inform me that they had all lost jobs as a result of the Taliban’s policy,” Forough explained. “And, as the sole breadwinners, their families were teetering on the brink of disintegration.”

“We discovered that there are a number of local money exchanges in Herat’s financial area that accept crypto and can swap it for afghanis or dollars,” Forough explained.

She then facilitated the creation of Binance and Trust Wallet accounts for 100 girls through Code to Inspire, allowing them to accept cryptocurrency payments and trade their digital assets for fiat at a local crypto exchange.

Forough is not the only one assisting Afghans in receiving cryptocurrency payments. Roya Mahboob is the founder and CEO of Afghan Citadel Software Company. She compensates her employees in digital currency. She previously discussed her role and was profiled for her commitment to making a difference:

Much more to come

Nothing has remained the same since August last year, even the country’s name, which was changed from the Islamic Republic of Afghanistan to the Islamic Emirate of Afghanistan. Numerous NGOs fled the nation, and many people lost their jobs, precipitating a financial crisis and, ultimately, hunger.

Until recently, the only way for some families to survive was to obtain funds from abroad, but without cryptocurrency, this is nearly impossible now.