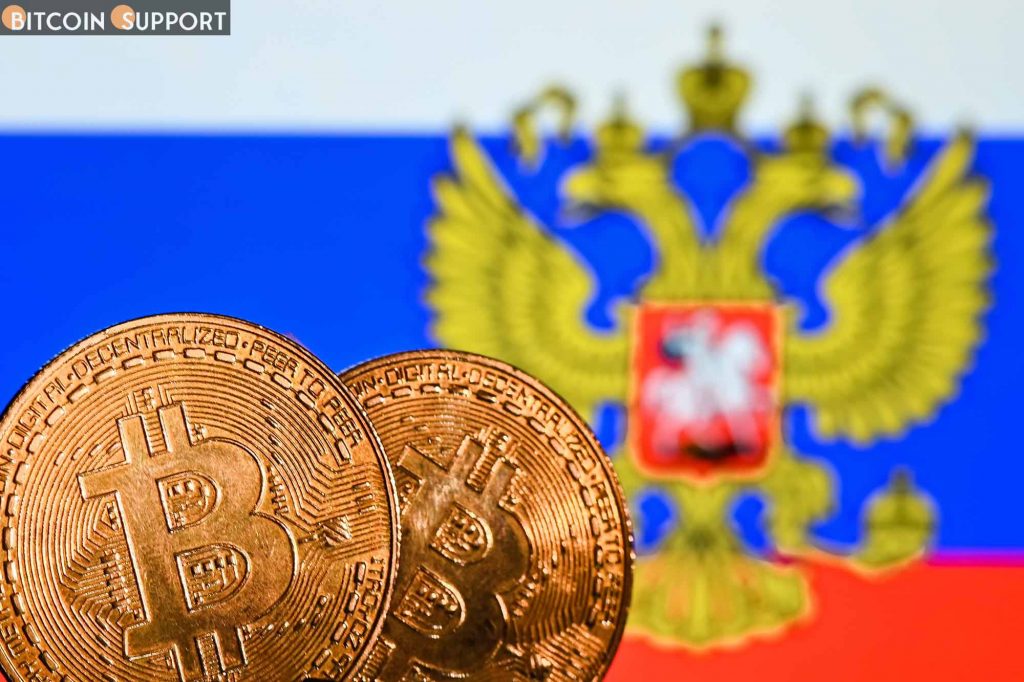 Bitcoin’s (BTC) price soared above $44,000 earlier this week amid allegations that fresh US sanctions against Russia were to blame. However, fresh research suggests that claims that Russians are circumventing sanctions by using cryptocurrency are unfounded.

The value of ruble-denominated crypto activity on March 3 was $34.1 million, according to statistics from blockchain analytics firm Chainalysis. This was down 50% from the $70.1 million in activity seen a week ago on February 24. In May 2021, the amount of ruble-denominated crypto activity reached a new high of $158 million. Chainalysis’ senior director of communications, Madeleine Kennedy, said:

“This is a small fraction of the volume witnessed at the all-time highs in Russian crypto trading volume in May 2021′′.

According to Citigroup data, actual Bitcoin purchases from Russia were only 210 BTC per day on average. As a result, Russia’s purchasing power appears to have little effect on the cryptocurrency market. It’s possible that it’s due to renewed whale purchase, as reported by Bitcoin Support. Citi analysts, including Alexander Saunders, write in the Wednesday report

As the war between Russia and the United States escalates, Bitcoin and cryptocurrency prices are correcting.

Russian military carried out a massive bombing outside Europe’s largest nuclear facility, Zaporizhzhia, on Thursday, increasing their war on Ukraine. The cryptocurrency market reacted quickly, and it is already down 5% in the last 24 hours.

Bitcoin (BTC) is currently trading at $41,323 with a market capitalization of $785 billion, down 5%. Along with Bitcoin, all of the top ten altcoins have had a healthy correction ranging from 5 to 10%. Fundstrat’s head of digital-asset strategy, Sean Farrell, writes:

“Continued volatility could be a result of ongoing geopolitical strife and macro uncertainty.” If prices continue to fall, “recent precedent gives us some confidence that purchasers will step up” in the $33,000 to $35,000 zone, he said, alluding to Bitcoin.