Gravity DEX Based on Cosmos Rebrands and Reorganizes Chains 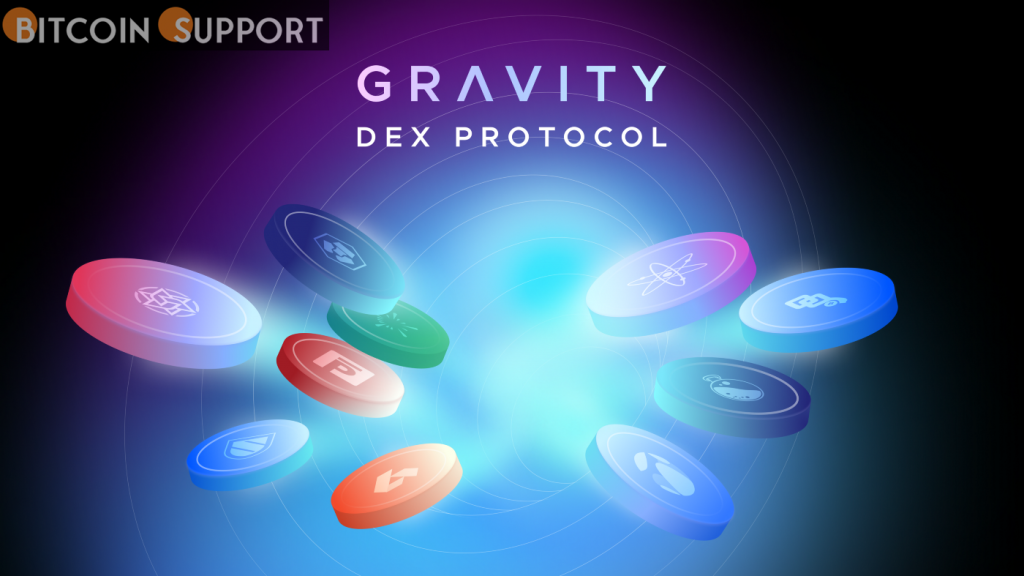 The rebranding as “Crescent” comes after Gravity DEX struggled to establish a foothold in the greater Cosmos ecosystem.

With more money streaming into the inter-blockchain Cosmos (ATOM) network, various businesses are vying to establish themselves as the ecosystem’s leading decentralised finance destination (DeFi).
In light of this, Gravity DEX, a decentralised exchange (DEX) protocol based on the Cosmos Hub blockchain, is rebranding as Crescent (CRE) and migrating to a new Cosmos-based blockchain of the same name, according to the project’s developer, B-Harvest.

Along with rebranding as Crescent and relocating to the eponymous Crescent network, B-Harvest intends to expand the platform’s functionality with a range of new features, including facilities for lending and borrowing between blockchains and a new order book DEX format.

B-Harvest established a reputation as one of the first validators for the Cosmos Hub proof-of-stake blockchain. Cosmos Hub was the first blockchain to emerge on the Cosmos ecosystem – a family of blockchains designed to work together for a variety of use cases.

Gravity DEX was B-attempt Harvest’s to establish a more permanent presence in Cosmos’s burgeoning DeFi ecosystem. The Gravity DEX protocol is now used to power Cosmos Hub’s Emeris DeFi platform, which launched in beta in the summer of 2021 and had less than $5 million in liquidity pools at press time, according to the site’s dashboards.

Ignite (previously Tendermint), the startup behind Emeris, acquired B-Harvest last year and recently told that it intends to expand support for Crescent following its April 14 debut.

Gravity, B-traditional Harvest’s protocol, will remain functioning following the introduction of Crescent, however Crescent will reward users for migrating their liquidity to the new system.

Crescent and Emeris are attempting to establish themselves as the leading DeFi destination within the Cosmos ecosystem, but Gravity DEX (and Emeris) have thus far been unable to attract the same level of interest as Osmosis (OSMO), another Cosmos-based DEX with $1.5 billion in total value locked (TVL), according to Defi Llama.

According to B-Harvest CEO Hyung Yeon Lee, building Crescent on a new blockchain – rather than the more “conservative” Cosmos Hub – will enable the team to develop more “innovative” features, such as an order book exchange and cross-chain lending, which will theoretically position the project to take a larger piece of the Cosmos DeFi pie.