Governments See Crypto As An ‘Evolving Threat,’ According to Edward Snowden 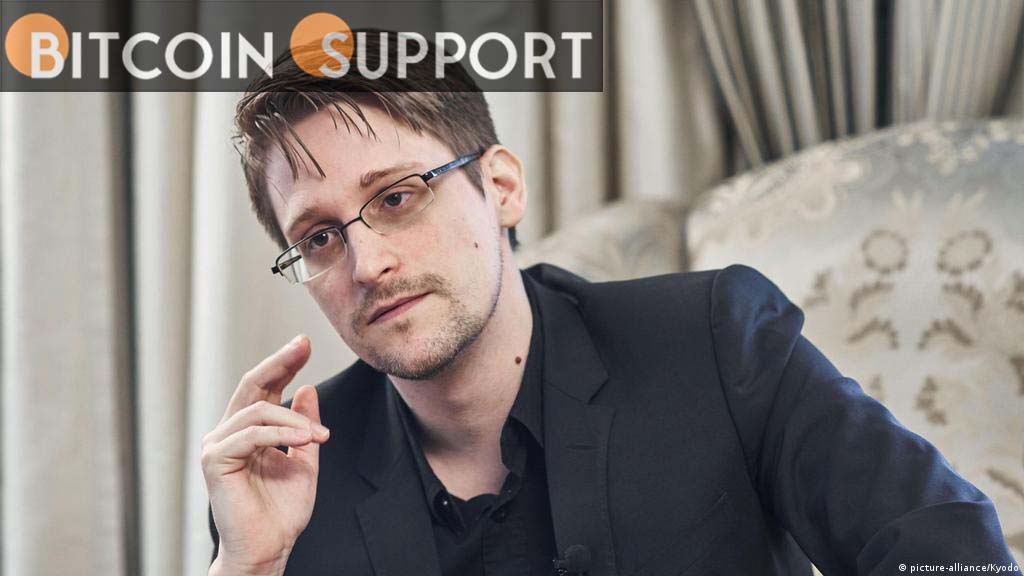 According to Edward Snowden, who gave an extended interview to Marta Belcher, president of the Filecoin Foundation and general counsel at Protocol Labs, at Camp Ethereal 2022 last week, governments perceive cryptocurrency as a “growing threat.”

“I think governments correctly perceive an evolving threat to traditional tools which they’ve grown accustomed to,” Snowden said, “in terms of an ability to impose regulation upon private lives, and more broadly, private trade.”

The ‘invasive’ US financial system

“When you think about the way the U.S. incredibly invasive financial network operates, with all of these anti-money laundering and know-your-customer impositions,” he said, “it is hard for me to believe that if they had the technical capacity to very easily get the serial number of every dollar bill that passes through their hands, that they do not.”

These characteristics, according to the government whistleblower, undermine the widely held belief that money is anonymous.

“We have this presupposition that cash is anonymous, that we have inherited from a time when it meaningfully was. That is no longer true. When you think about Bitcoin having a public ledger, well, once a dollar enters the banking system, there is a private ledger that is available to the people who are performing financial surveillance. So it’s really just private to the public, but it’s public to the prominent, shall we say.”

Snowden is vehemently opposed to Bitcoin for many of the same reasons he is opposed to the conventional banking system.

Snowden stated at last year’s Ethereal Summit that Bitcoin must become “private by design” to withstand law enforcement efforts to crack down on other cryptocurrencies, including privacy coins such as Monero.

During this year’s Ethereal Summit, he said that Ethereum “suffers from the same sort of privacy problems as Bitcoin,” and said that with the Bitcoin blockchain, “you get chain analysis people and whatnot who are doing fairly devious things with it” such as “trying to get a financial edge out of the on-chain analysis.”

Nonetheless, he referred to the Bitcoin blockchain as a “even playing field” and stated that none of his privacy concerns had prevented him from appreciating the potential of cryptocurrencies and decentralized technologies in their entirety.

However, is it accurate to say that governments view the cryptocurrency business as a “growing threat?” In the United States, it is straightforward to establish the case based on recent regulatory signals.

The US has often expressed concern about the use of cryptocurrencies to undermine national security.

Russia did not do so. On the contrary, current Chainalysis research indicates that Russian-backed criminals would earn almost 74% of global ransomware income in 2021.

Some of those earnings were created in the heart of Moscow, where the prominent Russian skyscraper Vostok was discovered to be facilitating business for a variety of cryptocurrency hackers, cybercriminals, and money launderers.

And in October of last year, the US Treasury released a report warning that cryptocurrency could undermine economic sanctions, a long-standing pillar of US foreign policy. “These technologies enable malicious actors to store and transfer funds outside of the conventional banking system. They also strengthen our adversaries’ efforts to develop alternative banking and payment systems with the goal of eroding the dollar’s global position,” the report stated.

These fears have been heightened in the aftermath of Russia’s recent invasion of Ukraine, while several experts have stated that Russia would have a difficult time evading sanctions using crypto.

Snowden did not specifically mention Ukraine for obvious reasons, but his views regarding governments and crypto are pertinent to this subject as well.

It is well-known that the Biden administration is concerned about the use of cryptocurrencies to weaken economic sanctions and hence pose a “threat” to national security, as Snowden puts it.

On March 1, the Treasury Department’s Office of Foreign Assets Control said that it would release new guidelines restricting financial transactions in order to enforce current sanctions against the Russian government. The Russian Harmful Foreign Activities Sanctions Regulations target “deceptive or organized transactions or deals aimed at circumventing any United States sanctions, including through the use of digital currency or assets or the use of physical assets.”

Prominent members of the cryptocurrency sector, including the Blockchain Association’s head of policy, Jake Chervinsky, have contested the argument for cryptocurrencies as viable instruments for sanction evasion.

Concerns about crypto's use for sanctions evasion are totally unfounded. They fundamentally misunderstand:

However, there is precedent. David Carlisle, head of policy and regulatory relations at blockchain analytics firm Elliptic, has alluded to Russia-affiliated cybercriminals using non-compliant exchanges.

“We’ve seen instances before of crypto asset exchange services that were complicit in enabling Russia-based criminals to launder large amounts of money,” he said during a recent online webinar, naming SUEX as one example.

SUEX was sanctioned last September by the Treasury’s Office of Foreign Assets Control in accordance with an existing Executive Order authorizing the application of penalties against anyone involved in cyber-related behavior detrimental to the United States’ interests.

In terms of how national governments may “get it right,” Snowden cited Canadian authorities’ recent move to prevent demonstrators from accessing their bank accounts as an alarming example of overreach.

“Somebody should be able to send something to anyone for anything,” Snowden said. “And that shouldn’t be something that we can interfere with, that shouldn’t be something the government of Canada, or whatever, can say, ‘We’re gonna cut this off.’ Because if we do that, everybody’s going to start doing it—and that’s not supposition, we already see it happening. The idea that Canada of all places would do this—and I think most people see Canada as a pretty enlightened government—is really an illustration of the concern. Whether you’re for or against this particular protest or protest movement is really secondary to the problem that, at the flip of a switch, we are vulnerable to being unable to take anything out of our wallet.”