Georgia is on the minds of America’s Bitcoin miners 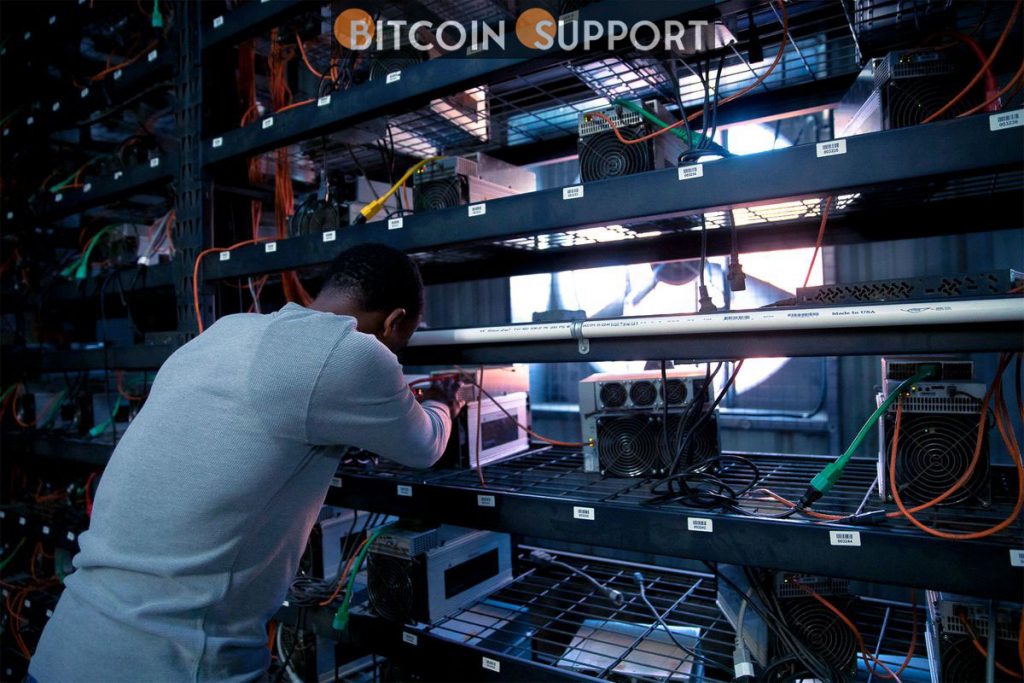 Cheap power from sustainable sources, combined with a favourable regulatory environment, is a potent combination for attracting miners.

When Bitcoin miner CleanSpark Inc. purchased a data centre in the Atlanta suburb of College Park, the company encountered a problem: it wanted to switch to a cheaper, greener power provider, but Georgia law prohibited them from doing so. Enter the head of the state’s power board, who stepped in last year and approved a plan in which the old data centre would continue to buy power from a large utility, while 15,000 mining machines on the same piece of land would be allowed to buy cleaner power at roughly half the price from a non-profit generation organisation.
“At the end of the day,” said Matt Schultz, executive chairman of CleanSpark, in an interview, “Georgia wants this business here.” “They’ve done everything they can to help Bitcoin grow in the state.”
After China banned the energy-intensive industry, and as Russia considers doing the same, the United States has become the world’s top destination for crypto miners. Hundreds of thousands of mining machines worth billions of dollars are now plugging into electrical grids across America, spawning an entirely new industry complete with new tax revenue for local governments and large profits for many miners, as well as concerns about power consumption and environmental impact. Some states are attempting to attract miners, while others have been more cautious, or have even removed the welcome mat entirely.
According to Foundry, a cryptocurrency company that also operates Foundry USA, the world’s largest mining pool, Georgia has emerged as a go-to for miners among states that are welcoming the business. As of January 31, miners in the state were responsible for more than 34% of the computing power in the pool, nearly doubling their share from the third quarter of last year.

Georgia is attracting miners due to its relatively low power prices and large amount of nuclear and solar power, which allows mining companies to brand themselves as environmentally friendly or emission-free. Regulators in the state have also earned a reputation for being pro-miners, directing them toward a solar programme that allows companies to offset their emissions with renewable energy credits and providing them with access to day-ahead power prices so miners can scale back operations when rates are set to rise. All of this helps to explain why, in September, a consortium of cryptocurrency companies led by Bitmain Technologies Ltd. announced plans to bring another 56,000 miners to the state.
Kentucky has the most mining operations in Foundry’s pool, with more than 12%, followed by New York, Texas, Nebraska, and North Carolina. Foundry controls approximately 17% of Bitcoin’s global computing power, so its figures do not represent all US miners. For example, because some major Texas miners aren’t in the Foundry pool, the state’s share is understated. Nonetheless, the data provides a partial picture of where miners are flocking — or avoiding, as the case may be: During the same time period, New York state’s share fell from around 20% to less than 10%.
Bitcoin miners are thousands of computers that run complex calculations to keep the cryptocurrency’s network running, with successful miners rewarded in the valuable and volatile virtual currency. No one goes underground, and no metals are “mined” in the traditional sense. There’s also a distinction between the financial and professional services that support Bitcoin, which politicians like New York City Mayor Eric Adams want to attract, and actual mining, which necessitates large data centres and consumes a lot of electricity.
Some states are attempting to attract miners by offering tax breaks. Last year, Kentucky passed legislation exempting mining companies from paying taxes on energy purchases, while Wyoming exempted any natural gas used to power mobile mining rigs from taxation. According to Heather Morton, a tax policy analyst at the National Conference of State Legislatures, 33 states had bills supporting their cryptocurrency infrastructures in 2021 alone, and 17 enacted new laws.

Meanwhile, New York has had a rocky relationship with its miners. While the state has cheap and green hydro power, and idle industrial sites make good mining sites, lawmakers are pushing a bill that would ban mining for three years, and two towns near the Canadian border have temporarily banned all mines. Greenidge Generation Holdings Inc., backed by private equity, is waiting to see if the pollution permits that allow it to operate will be renewed, but the head of the state agency in charge of the renewal gave some indication of his views in September with a tweet that read, “Greenidge has not demonstrated compliance with NY’s climate law.”

NYS is taking action on #ClimateChange. Today @NYSDEC released for public comment draft air permits for former coal plant turned bitcoin mine, Greenidge LLC. DEC has not made a final determination on the permits and Greenidge has not shown compliance with NY’s climate law./1 pic.twitter.com/PKozYCUIeQ

Foundry spent $400 million in the United States last year, but due to New York’s negative attitude toward miners, only 10% of that money was spent, according to Kyle Schneps, the company’s director of public policy. “New York is not expanding as quickly because of political and regulatory uncertainty,” he explained. “Miners are concerned about that, as well as the prospect of a moratorium.”
Regulations that differ by state can cause miners to relocate their operations. Sergii Gerasymovych was overjoyed when his cryptocurrency company sold a large mining rig to an oil and gas operator who intends to mine Bitcoin in New Mexico. However, when the company began to install the mobile rig, which burns natural gas that would otherwise be flared to power about 700 miners, they discovered that generators like the one in the mining rig were strictly regulated in New Mexico.
So the company trucked the rig to Texas in 2020 and set it up there instead, according to Gerasymovych, the CEO of EZ Blockchain. (At the moment, New Mexico has no presence in the Foundry USA mining pool, whereas Texas is the fourth-largest.) “On one side of the border, you can mine Bitcoin with flaring and be praised,” he explained. “On the other side of the border, you’re referred to as evil because you emit pollutants into the atmosphere.”

Core Scientific is one of the largest miners in the United States, with operations in Georgia, North Carolina, Kentucky, and North Dakota, as well as plans for a new mine in Texas. Darin Feinstein co-founded the company in 2017 and looked at hundreds of locations before settling on Marble, North Carolina, which was located in a former Levi’s jeans factory that took advantage of cheap hydropower.
Feinstein stated that while he once operated miners in Washington state, he has since turned down dozens of deals in both Washington and New York due to the unfriendly attitude of local politicians and utilities toward mining. “Listen, we’re not going to move into areas that don’t want us, period,” Feinstein said. “We’re not going to New York, and we’re not going to places that don’t want this industry in their midst.”

Tricia Pridemore is the commissioner of the Georgia Public Service Commission, which regulates electric companies and power prices in the state. She was the regulator who intervened to ensure CleanSpark could switch to the power provider of its choice. In an interview, she stated, “I don’t necessarily have an opinion on Bitcoin mining.” She sees her role as conversing with miners, informing them of what they should know and advising them on how to achieve their objectives. “If they use a lot of energy and we work with the utilities, they’re a good fit for Georgia.”