GAIMIN has created and successfully tested an app to monetize the unused processing capacity present in high-performance PCs, resulting in the creation of a supercomputer-level, distributed data processing network by leveraging the worldwide availability of high-performance GPUs.

The PC gamer is GAIMIN’s target audience. Gamers have high-performance gadgets in their gaming PCs, which GAIMIN need in order to build a distributed data processing network. It is critical to have access to these devices when they are not being used for gaming, and GAIMIN rewards users for enabling their devices to be used. GAIMIN’s cryptocurrency, GMRX, will soon be published on exchanges, providing a gamer with either a fiat-based monetary value for their involvement, or an accumulating reward that they can spend on accessories, merchandise, or in-game assets, including NFTs.

According to GAIMIN’s research, gamers only utilize their computers for about 4 hours every day, leaving them powered on but dormant. GAIMIN’s program detects devices that are not being used for gaming and puts them to work, forming a distributed data processing network and paying gamers with passively earned prizes for allowing their devices to be used. During early trials, GAIMIN customers might earn more than $30 per month, with profits growing based on a variety of parameters such as GPU performance, number of hours the GPU is active, and number of hours spent gaming. In testing, some users with high-end GPUs were able to produce more than $100 per month.

GAIMIN’s crypto currency, GMRX, is used to pay out rewards, which build over time and are never “lost.” GMRX can be used to purchase gaming assets from GAIMIN’s marketplace, such as hardware, merchandise, and NFTs. With an exchange listing on the horizon, GMRX can be used to buy other cryptocurrencies or sold to withdraw as fiat currency via the exchange.

Gamers’ rewards should be maximized

GAIMIN is constantly refining its AI-driven platform to discover the most lucrative use of the available devices inside the network and maximizes the incentives returned to users and the company in order to incentivize users to continue participating in the GAIMIN network with their devices. GAIMIN is currently utilizing this network of computing resources to ‘power blockchain computations,’ also known as mining. Blockchains are the underlying technology that powers emerging innovations such as cryptocurrencies, non-fungible tokens (NFTs), and the Metaverse. The GAIMIN platform uses AI to identify the most successful blockchain to power and returns up to 90% of the benefits to users. GAIMIN has already tested several applications for the data processing network and offered video rendering services effectively. GAIMIN plans to expand the application’s capability, allowing organizations to conduct high-demand data processing activities without requiring large infrastructure changes.

GAIMIN, as a gaming firm, is creating a variety of products and services for gamers. Users can use their GMRX profits as in-game currency and acquire in-game assets for a competitive advantage. The key of GAIMIN’s philosophy is to keep the gamer engaged with GAIMIN, primarily through GMRX and its ability to be easily obtained (outside the game), used within the game, transferable to other games, or used to get other crypto or fiat currencies.

GAIMCRAFT is GAIMIN’s approach to continual gamer assistance. GAIMCRAFT, in a nutshell, uses GAIMIN technology and incorporates it into games.

GAIMCRAFT’s first release focuses on Minecraft and includes a blockchain and NFT plug-in to deliver a Minecraft metaverse. GAIMIN customers keep their NFTs in their GAIMIN wallet, which may subsequently be used in games that use NFT and blockchain technology. GAIMIN’s Minecraft plug-in allows GAIMIN users to directly design their metaverse environment using their NFTs and use their GMRX currency in the metaverse economy.

The ability for the gamer to earn unique NFTs and increase their GMRX value by allowing their devices to be used within the GAIMIN data processing network, building an NFT asset base with enhanced utility and attributes only available from their participation in the GAIMIN network, is a key feature of GAIMIN’s metaverse plug-in.

GAIMIN maintains its metaverse economy by generating GMRX outside the metaverse and bringing new cash flow into the internal in-game economy, rather than simply re-circulating existing liquidity, thereby supporting transaction continuity and, more importantly, assisting in the external maintenance of the GMRX price on exchanges.

GAIMIN NFTs are interoperable, allowing them to alter depending on the game in which they are used, to support an NFT’s capacity to be utilized across a number of different games.

Interoperability is a technique that allows players to enjoy their in-game assets across many titles. Within GAIMIN’s Marketplace and Wallets, each item has a representative NFT Image that, when purchased and used in Minecraft, will display itself as a Pixel/Voxel Art Style Asset. When the identical item is taken into, say, Grand Theft Auto V, it will be a High-Definition Weapon with the NFT Image skinned on it. To alter the overall gameplay, all of these objects will have Attributes, Enchantments, or Bonuses applied to them. In other words, if a gamer possesses a sword and then switches to a different game that does not employ swords, the NFT may be a flower! 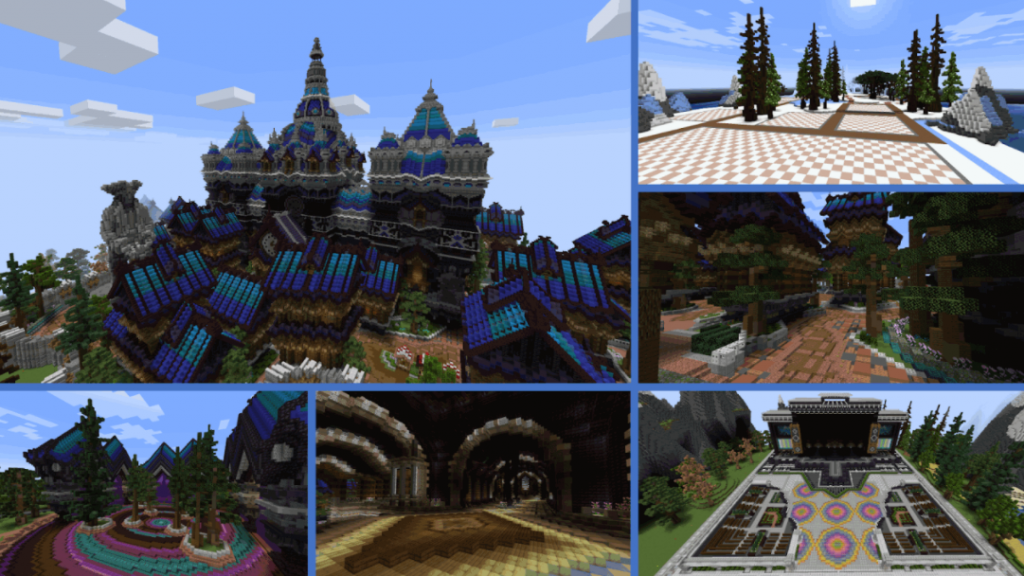 GAIMIN’s metaverse is a Minecraft plugin that allows for NFT and blockchain capabilities. Minecraft players will be able to completely engage with the environment by using a gateway to reach the GAIMIN metaverse. Players will be able to construct their own unique identities in this metaverse by using their existing Minecraft assets and GAIMIN NFTs, for example, and participate in NFT and blockchain activities such as land sales, house building, property ownership, and commercial property development. A player may, for example, buy property close to a celebrity or influencer and build a residence, start a business building, or create their own NFT and blockchain-based environment.

GAIMIN will soon expose its metaverse to early adopters, allowing them to acquire NFT and blockchain-based assets within this environment. Players will be able to buy NFT assets and use them in the GAIMIN metaverse. These NFTs will be similar to typical gaming NFTs, but with varying rarity and uniqueness, as well as varied properties depending on how the NFT is won, purchased, or used in the metaverse.

With GAIMIN’s GMRX cryptocurrency powering the metaverse economy, GAIMIN will use its technology to incentivize players to acquire unique NFTs that have greater utility and benefit than a purchase of an NFT. Aligning GAIMIN technology with the metaverse environment incentivizes gamers to be active GAIMIN users rather than just players, allowing GAIMIN to grow its active user base and incentivize users to stay active with GAIMIN.

No gamer will be left behind

GAIMIN has a high level of social responsibility to this powerful group, with a goal of over 1 million active users in its network, the majority of whom will be gamers. GAIMIN will develop socially responsible gaming ways to ensure that its community balances game enjoyment with non-gaming areas of their lives.

GAIMIN will provide gaming to developing nations and communities. GAIMIN will give poor global people with access to cutting-edge IT systems in the future through initiatives such as custom-designed dual GPU hardware. The donation of hardware and communications infrastructure benefits not only the receivers but also GAIMIN through data processing. The processing power used within the PC devices will cover the cost of these services.

In the digital realm, disability and physical limits do not exist. This ideology will be passed down to GAIMIN in the physical world. GAIMIN aims to deliver gadgets, solutions, and gaming accessories to those with impairments who are unable to fully participate in a gaming experience.

Gamification will be included into the GAIMIN application and dashboards. Personal development, personal responsibility, leadership, morals, ethics, and social duty will be among the topics covered. GAIMIN has the potential to change 1.5 billion young brains when combined with formalized skill development such as game development, computer programming, economics, and education providers.