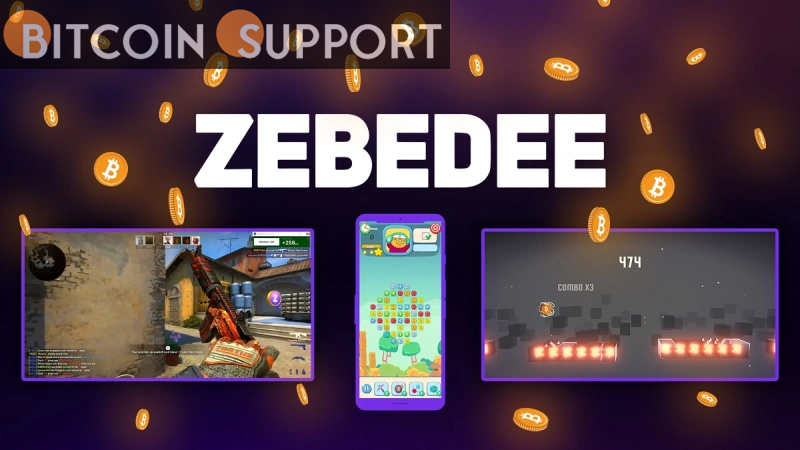 Four years ago, a mobile game named “Bitcoin Miner” was released that simulates bitcoin mining, but the game’s production team, Fumb Games, was unable to integrate bitcoin payouts at the time. Fumb Games announced a partnership with financial startup Zebedee on Thursday, enabling users of the Bitcoin Miner game to earn real bitcoin.

Bitcoin Miner, a bitcoin mining game for Android and iOS, just added real bitcoin (BTC) prizes to the game experience. Bitcoin Miner is an idle mobile game that simulates a mock bitcoin mining operation. Fumb Games has entered into an agreement with Zebedee to incorporate genuine bitcoin prizes into the Bitcoin Miner game. Zebedee is a startup situated in Hoboken, New Jersey that specialises in incorporating bitcoin into games. In September 2021, the company raised $11.5 million in a fundraising round led by Lakestar. If a user is playing the game, Zebedee’s Thursday blog post states that when players “see a green satoshi sign over a coin,” they will “win bitcoin for tapping it.” According to Paul West, founder of Fumb Games, this was not possible during the game’s initial introduction. “We first released Bitcoin Miner roughly four years ago, as cryptocurrency began to take off. However, there was little interest in the game because it could not be used to generate actual Bitcoin at the time,” West explained  Additionally, the founder of Fumb Games stated:

We were able to include real bitcoin into the game with Zebedee, which makes the premise of Bitcoin Miner significantly more entertaining, impactful, and memorable for players.

After collecting satoshis, the user must withdraw to the Zebedee app in order to cash out the bitcoin. They just click “Cash Out,” enter their ZBD Gamertag, and touch “redeem” to deposit the bitcoin into the Zebedee app. The bitcoin mining simulation enables players to execute tasks to gain additional rigs, invest in infrastructure, obtain airdrops, update existing mining rigs, and level up to get higher rewards.

“Bitcoin is an incredible technology for human advancement,” Zebedee CEO Simon Cowell stated during the launch. Cowell concluded by emphasising that the Zebedee team is “passionate about the Bitcoin technology itself and hopes that fun and approachable games like Bitcoin Miner will pique interest in bitcoin and encourage more people of all ages and backgrounds to learn about and participate in the new digital economy powered by Bitcoin.”