From taxes to electricity, blockchain adoption is growing in Austria 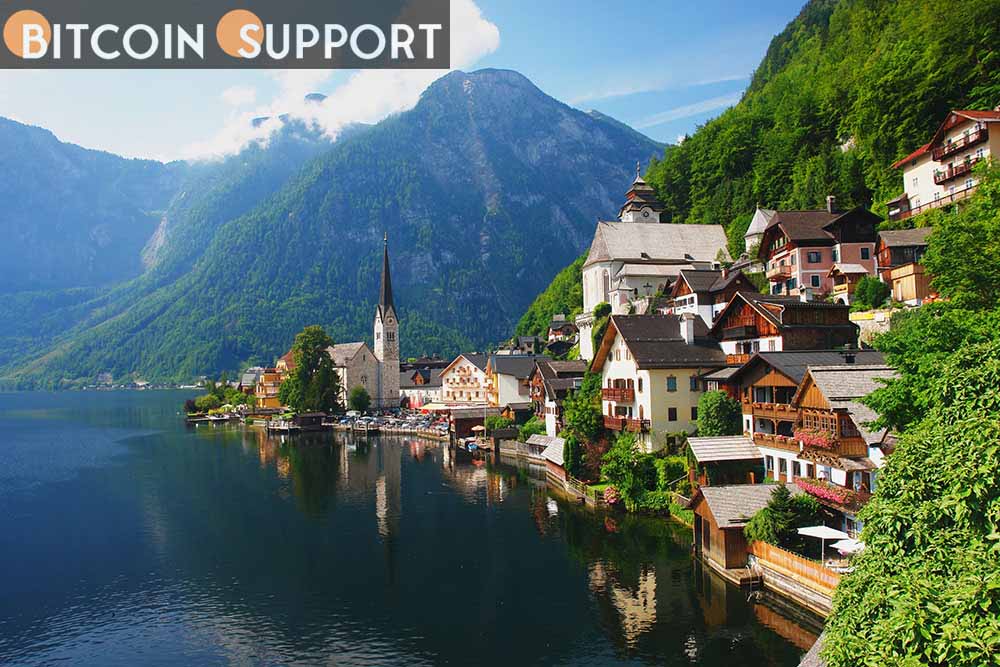 In Austria, the blockchain technology environment is transforming, with both public and private entities experimenting with the technology.

Austria has been aggressively transitioning into a desirable destination for blockchain-based product suppliers, with the government experimenting with the technology and attempting to establish a legal framework on which businesses can operate.

However, when it comes to blockchain-based economic applications, Austria is still in the experimental phase, with most businesses currently operating pilot projects. Politicians and economists alike, however, see opportunity in a few industries.

Apart from cryptocurrencies, the Austrian government is open to blockchain developments and has backed a number of public and private sector projects.

The Austrian Public Service Blockchain was formed in 2019 by a group of public administration entities (APSB). The Austrian Economic Chamber, City of Vienna, Federal Computing Center, and Vienna University of Economics and Business Administration are all active members in the APSB, which means they run their own blockchain nodes. Kontrollbank, one of the participants, is still in the planning stages.

Meanwhile, private sector blockchain infrastructure is growing at a rapid pace, and the Blockchain Initiative Austria (BIA) organisation was established in January 2021 to further this goal. Austriapro, an electronic business standards developer, is collaborating with the Austrian Blockchain Center to help build a safe infrastructure for private-sector blockchain adoption in Austria. Members of the association will form a “consortium chain” to operate the blockchain nodes.

Data certification and notarization are part of the APSB and BIA’s initial pilot project. Digital fingerprints of files are placed on the blockchain in this case in order to establish the data’s unaltered nature at a later time.

Furthermore, the Austrian Economic Chamber has offered information about blockchain technology to businesses and entrepreneurs, including a complete guidebook to help decide whether blockchain is appropriate for specific uses.

The Austrian Economic Chamber established a blockchain working group to further promote the technology in the sector. Its members generally share information about blockchain topics, discuss current efforts and best practises, and organise events on a regular basis.

The Austrian blockchain market and its application areas are continually evolving. Fintech startups and small financial institutions, in addition to the government, are pushing the technology forward.

Decentralized technology, on the other hand, has recently aroused the interest of established financial institutions. In the fall of 2020, for example, Raiffeisen Bank, Austria’s second-largest bank, began experimenting with its own euro-pegged stablecoin. Employees may already use it to pay for items in the company’s cafeteria.

Austria’s central bank, the Oesterreichische Nationalbank (OeNB), is also experimenting with blockchain. In Austria, a new research project called DELPHI (Delivery vs. Payment Hybrid Initiative) will begin in 2021. Its purpose is to compare the issuance of federal bonds to that of a digital euro. DELPHI participants include the OeNB, the Austrian Federal Financing Agency, which handles the country’s public debt, and OeKB CSD, a subsidiary of credit institution Oesterreichische Kontrollbank that specialises in central custody of securities.

Austrian financial institutions are investigating how to use blockchain technology to onboard and settle government bonds. The OeNB also intends to create a digital currency for the central bank.

Another significant step was the launching of a Bitcoin product on the Vienna Stock Exchange in September 2020, making it the world’s third official regulated market to do so. As a result, the exchange now accepts Bitcoin and Ether (ETH) goods from Swiss issuer 21Shares AG. The Vienna Stock Exchange also announced the listing of ETC Group’s crypto exchange-traded products in August 2021.

People can build a domestic P2P energy community and sell their self-produced solar electricity to one another using blockchain technology. Fees are typically charged for energy feed-in, delivery, and resale via the power system. However, owing to the blockchain, this procedure may take place without the use of intermediaries in the electricity sharing model.

Wien Energie intends to expand its solution through smart grids, which will allow dispersed suppliers to inject energy into a grid based on supply and demand.

New tax laws have been imposed on crypto investors in Austria. On March 1, a tax exemption that investors had previously enjoyed expired, and crypto income will now be taxed at a rate of 27.5 percent, regardless of how long the assets are held. The new tax will be applied to all cryptocurrency purchased after February 28, 2021.

New tax laws have been imposed on crypto investors in Austria. On March 1, a tax exemption that investors had previously enjoyed expired, and crypto income will now be taxed at a rate of 27.5 percent, regardless of how long the assets are held. The new tax will be applied to all cryptocurrency purchased after February 28, 2021.

The new crypto tax change is a step closer to treating cryptocurrencies in the same manner that regular stock and bond markets are treated. The state hopes that these new restrictions would provide more legal clarity for investors and, as a result, encourage confidence in the new technologies. However, it remains to be seen whether the Austrian government will be successful in promoting new blockchain business models and applications.