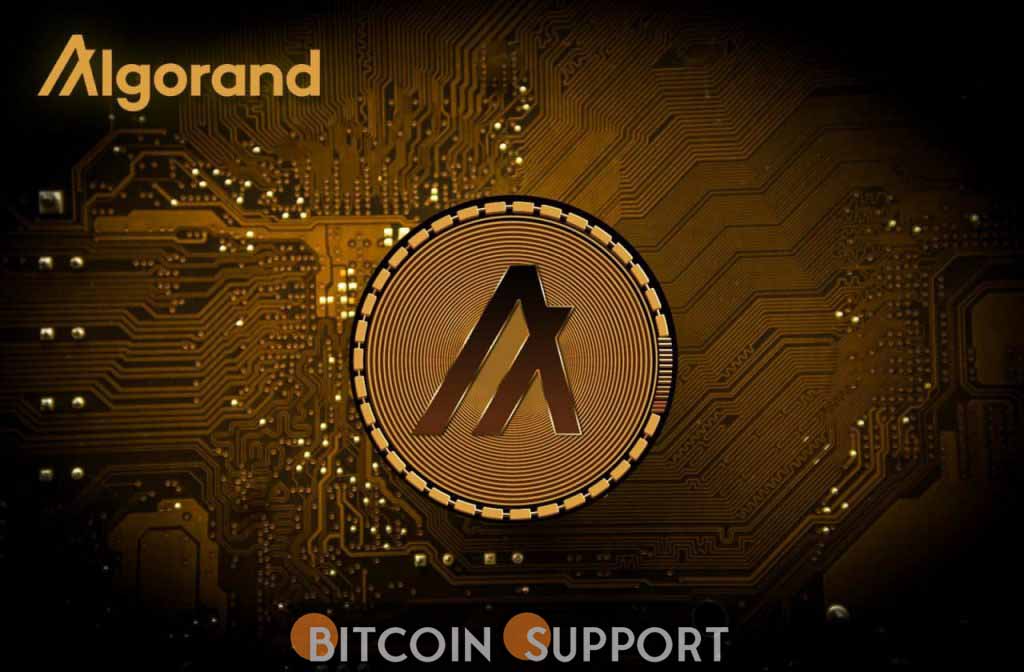 Additionally, Staci Warden adds experience from her work at the Milken Institute, Nasdaq, and the US Treasury Department.

Staci Warden has experience working in the public and commercial sectors, as well as with a non-profit organization. She is now the CEO of the Algorand Foundation.

The Algorand Foundation intends to develop an open, public, and permission less blockchain by leveraging the Algorand protocol and open-source software.

Warden was appointed to the Algorand Foundation’s board of directors in September. She will succeed Sean Lee, who served as CEO for the previous 18 months and is now pursuing career options outside the organization.

Warden originally became interested in cryptocurrency while working at the Milken Institute, where she oversaw the organization’s global market development division.

While working at the non-profit, she was charged with serving as a resource for financial education to the press, and in 2013, people became inquisitive about bitcoin.

Warden made it her personal mission to gain a greater understanding of the digital asset and the technology that powers it, she stated in an interview, spending her free time listening to industry pioneers such as Gavin Andresen and Brock Pierce.

“I felt that was the most incredible thing I had ever encountered,” she explained.

“I thought the concept of bitcoin’s proof-of-work and the idea that in a trustless environment, you could have a well-functioning monetary supply dynamic was truly fantastic.”

She would later discover Ethereum and the concept of decentralized programmable money.

“I believe it hit me particularly hard because I had such extensive experience working in developing countries and emerging markets, where financial intermediaries often perform poorly and can be extremely rent-seeking toward people who are simply trying to save money, invest wisely, and improve their lives,” Warden explained.

Warden has spent her career in a variety of roles focusing on capital market development and financial inclusion, particularly in developing nations.

Prior to joining the Milken Institute in 2013, she spent eight years as an executive director at JPMorgan. She oversaw the company’s public sector division throughout Europe, the Middle East, and Africa, where she focused on developing emerging market capital markets.

Prior to joining JPMorgan, she worked as an international economist at the US Treasury and then at Nasdaq, where she headed the company’s two microcap markets.

“Fundamentally, it has the potential to be the solution for financial inclusion, which is critical to me,” she said of the industry.

“At a think tank, you’re not really playing the game; you’re observing and attempting to shape it, and I suppose I decided I wanted to be on the field.”

With an estimated 1.7 billion people worldwide lacking access to banking, Warden argues that the Algorand protocol is best positioned to handle that problem at scale due to its speed, security, and decentralization.

“Staci recognizes Algorand’s potential to become the dominant layer-1 blockchain, and she possesses the knowledge and expertise necessary to spearhead our global scaling efforts and give exceptional value to our community,” Algorand Foundation Board Chairman Kieron Guilfoyle said in a statement. “I am confident she will move swiftly to expand the Algorand Foundation.”

Warden mentioned that transaction costs on the blockchain are 0.001 ALGO and that the system conducts 1,000 transactions per second.

Algorand’s native currency, ALGO, currently has a market capitalization of approximately $7 billion, according to CoinGecko, making it the 25th largest cryptocurrency, ahead of Bitcoin Cash (BCH).

According to the blockchain’s website, Solana processes more than 2,000 transactions per second at a cost of $0.00025 per transaction.

Algorand and Solana are two of a growing number of layer-1 alternatives to Ethereum, which operates at a rate of less than 15 transactions per second and has a higher transaction fee. The network will undergo an upgrade in the next months that will switch from proof-of-work to proof-of-stake consensus, and a subsequent upgrade later this year will increase its capacity to 100,000 transactions per second via a technique called sharding.

“I believe I have the best product, but it is not commonly understood, appreciated, or known,” Warden explained.

She aims to invest additional resources in marketing and communications by quadrupling the size of the Algorand foundation’s community engagement team and increasing its developer relations section.

Additionally, Warden noted that expanding the Algorand ecosystem would be critical as the proliferation of crypto payment platforms, DeFi, and NFTs accelerates. This includes Algorand in wallets, on custody providers’ platforms, and as a component of bridges and oracles.

“We absolutely must focus on that and attract liquidity, the best developers, and the most astute entrepreneurs to the Algorand ecosystem and our layer-1 in order to assist them in growing this ecosystem,” she continued. “Over time, it will be a real-world play, ensuring that we are the layer-1 that wallets use for real-world payments.”