Following their rally, Bitcoin and Ethereum are facing resistance 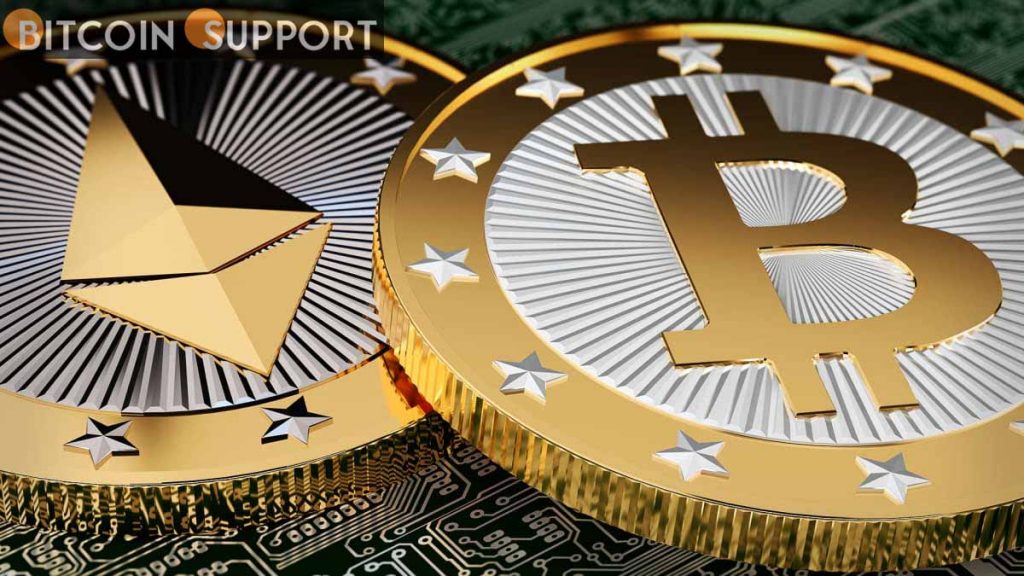 Bitcoin and Ethereum, the top two cryptocurrencies, are stabilizing below a strong resistance level. A sharp correction could be on the way.

Bitcoin and Ethereum Struggle to Make a Breakthrough

Bitcoin and Ethereum have remained flat in recent days, despite a surge in lower-cap assets.

Over the last two weeks, the top two crypto assets have demonstrated a high correlation coefficient. They have risen nearly in lockstep, increasing more than 28% in market value. However, both Bitcoin and Ethereum appear to have reached a crucial resistance level, and sell signs are emerging.

Since March 28, Bitcoin has been attempting but failing to break the 200-day moving average. Despite the fact that resistance tends to fade with time, trading volume looks to be waning around the current price level. Due to a lack of buying demand, Bitcoin may be rejected in order to collect liquidity before advancing further.

The Tom DeMark (TD) Sequential Indicator, which is currently displaying a sell signal on Bitcoin’s daily chart, lends validity to the short-term negative view. Profit-taking might confirm the bearish setup, resulting in a one to four daily candlestick retracement. In such a case, Bitcoin might fall to a demand range of $43,760 to $41,460. 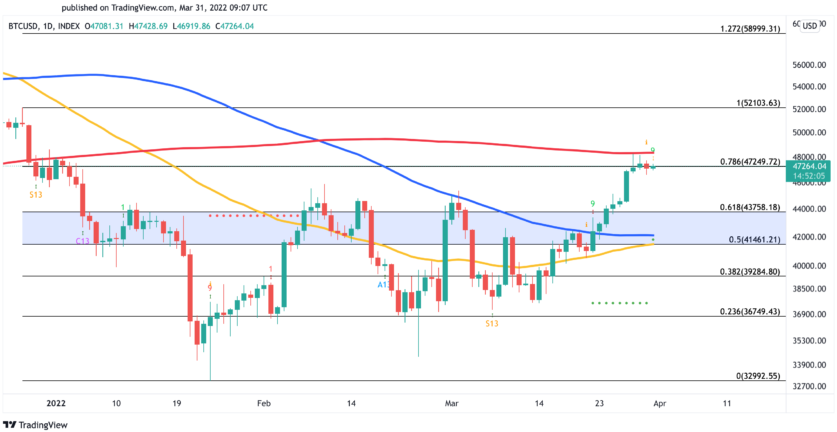 The 200-day moving average around $3,500 appears to have also halted Ethereum’s ascent. As Ethereum trades below this critical resistance level, the likelihood of a short correction rises. Furthermore, the TD Sequential Indicator predicts a negative outcome.

On Ethereum’s daily chart, the popular indicator has flashed a combo 13 candlestick, which can be interpreted as a sell signal. If sell orders increase near the present price levels, Ethereum may fall below $2,870 or $2,720 before attempting to recapture the 200-day moving average. 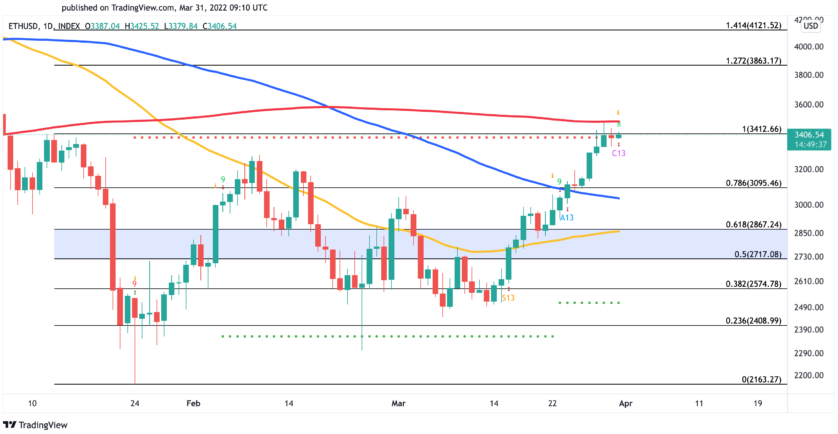 While Bitcoin and Ethereum appear to have faced significant resistance, other analysts feel that the current consolidation is conducive to future price increase. A daily candlestick closing above the 200-day moving average could invalidate the short-term gloomy view. Bitcoin might reach $5,200 if it breaks through the 200-day moving average. Meanwhile, Ethereum has a chance to reach $3,900 if it can break through.