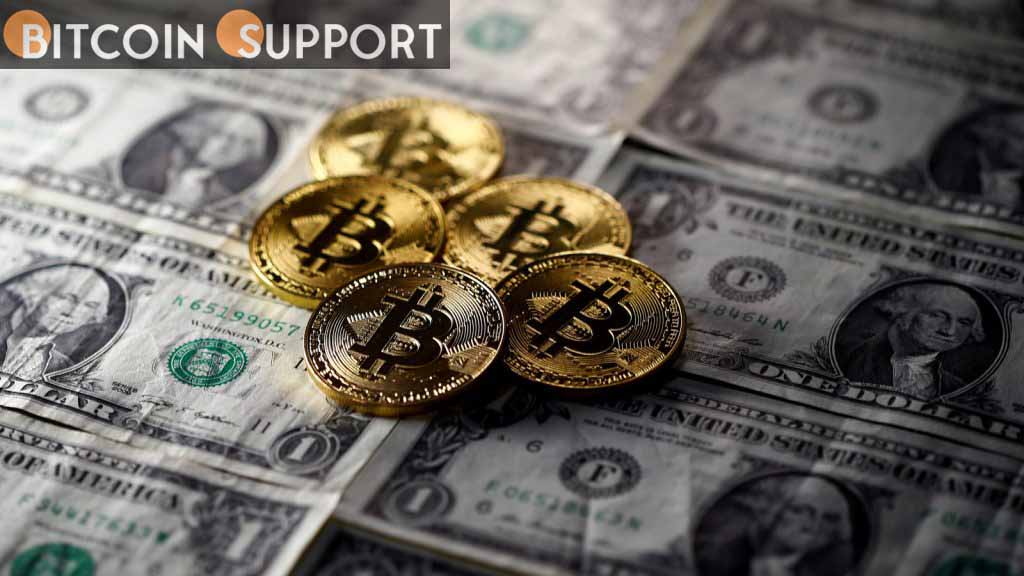 The latest cryptocurrency market movements in context of March 4, 2022.

In traditional markets, investors shifted their focus away from risky assets and toward the safe-haven US dollar. The dollar surged to a 21-month high against a basket of major fiat currencies, including the euro, possibly indicating concerns that the ongoing Russia-Ukraine conflict would have a limited impact on the US economy.

The immediate outlook for risk assets appeared dismal, with the US nonfarm payrolls data due at 13:30 expected to show that the labour market tightened more in February, driving salaries higher. Increased salaries are inflationary, confirming the Federal Reserve’s hawkish stance.

According to Reuters, economists on average expected that nonfarm payrolls increased by 400,000 in February.

“I believe that a strong NFP would re-ignite calls for a more aggressive Fed and provoke another bout of risk aversion – crypto will not be immune,” Ilan Solot, a partner at Tagus Capital Multi-Strategy Fund, said in a Telegram discussion.

“Also, it’s critical to monitor the structure of the Treasury yield curve. I believe that a bear steepening of the yield curve – in which 10-year yields climb faster than 2-year yields – would frighten the markets,” Solot added.

Griffin Ardern, a volatility trader at Blofin, a cryptocurrency asset management company, said the nonfarm payrolls announcement could be a non-event, with the attention now on the European Central Bank’s (ECB) meeting next week.

“The nonfarm payrolls report will have a minor impact on the cryptocurrency market. Interest rate markets have already priced in up to six rate hikes, and the cryptocurrency market is pricing in additional hikes. At the moment, we know the Fed will hike interest rates, therefore regardless of how the US market performs, this will occur,” Ardern stated in a Telegram discussion.

“At the moment, the most significant factor may be the European Central Bank’s hawkishness this week. The European Central Bank will announce its interest rate decision next week. We have no idea what actions the ECB will take to tighten liquidity, and the crypto market does not appear to be pricing that in,” Ardern observed, adding that “any unexpected move by the ECB might precipitate a market correction.”

Put-call skews indicate the price differential between put options or relative bets and call options. The persistence of demand for downside hedges demonstrates a lack of trust in bitcoin’s recent recovery from $34,500.

The one-week, one-month, three-month, and six-month metrics all above zero in the final week of January and have remained over the neutral line ever since, indicating ongoing fears of a deeper downturn.

“Positioning in crypto rarely persists over a lengthy period of time, but this has certainly been the longest period of continuously high skew we’ve ever seen in crypto,” Split Capital’s Zaheer Ebtikar tweeted. “It is a complete 180 from even a year ago’s market system and cannot be overstated.”

Funds appear to be accumulating bitcoin as inflation expectations rise due to the Russia-Ukraine issue. 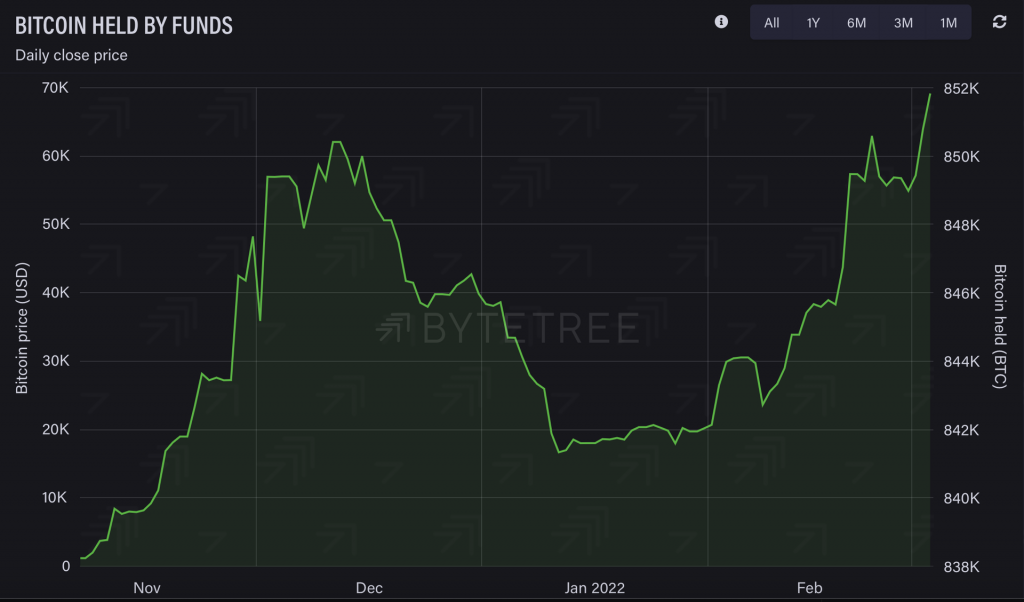 According to data compiled by ByteTree Asset Management, the total value of coins held by US and Canadian closed-ended funds, as well as Canadian and European exchange-traded funds (ETFs), has reached a record high of 851,841 BTC — a gain of about 10,000 BTC in four weeks.

According to Arcane Research’s report, bitcoin held by Canadian, US, and Brazilian ETFs saw inflows last month. While European exchange-traded products and exchange-traded funds continued to lose money for the third consecutive month, the outflows were significantly smaller than in previous months.

According to analysts, outflows from European funds are likely the result of increased competition among suppliers of bitcoin-related products and do not necessarily imply low demand.

“I believe that the European Union (EU) is mostly bleeding at the present for two distinct reasons: 1) Globally increased “supply” of ETP products. Increased competition in fee structures causes funds to relocate. 2) Certain EU ETPs are older, dating all the way back to 2015, and thus have a different structure “Vetle Lunde, an Arcane Research market analyst, stated in a Twitter chat.

“The majority of the main EU ETPs are certificate trackers without the ability to redeem BTC. This has changed in the last year. Within the EU group, we find trackers losing the most AUM, while physical ETPs enjoy net inflows. This tendency is quite likely to continue “Lunde continued. 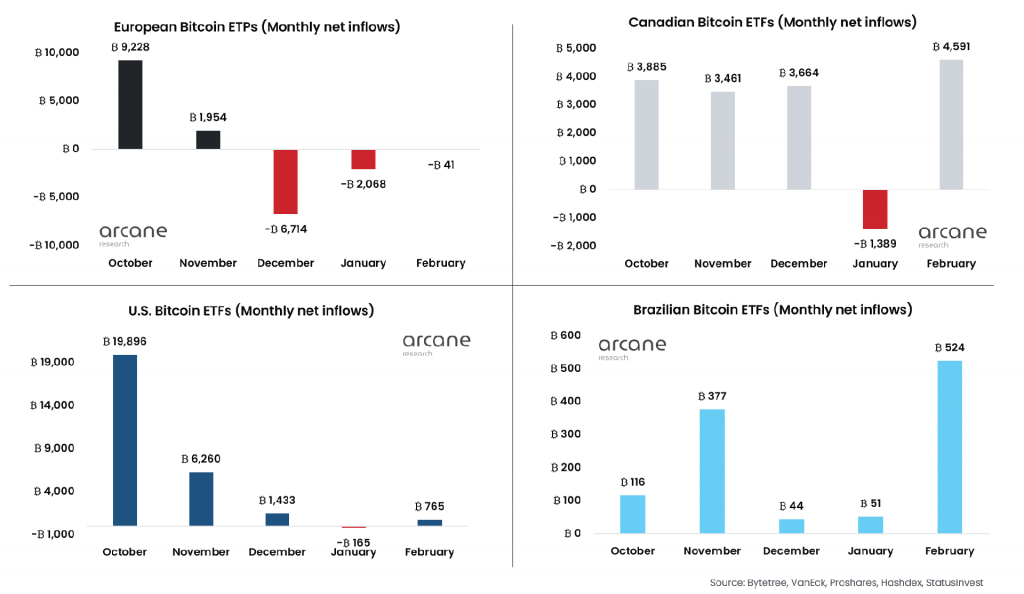