Even as OpenSea trading volumes decline, NFT projects are thriving 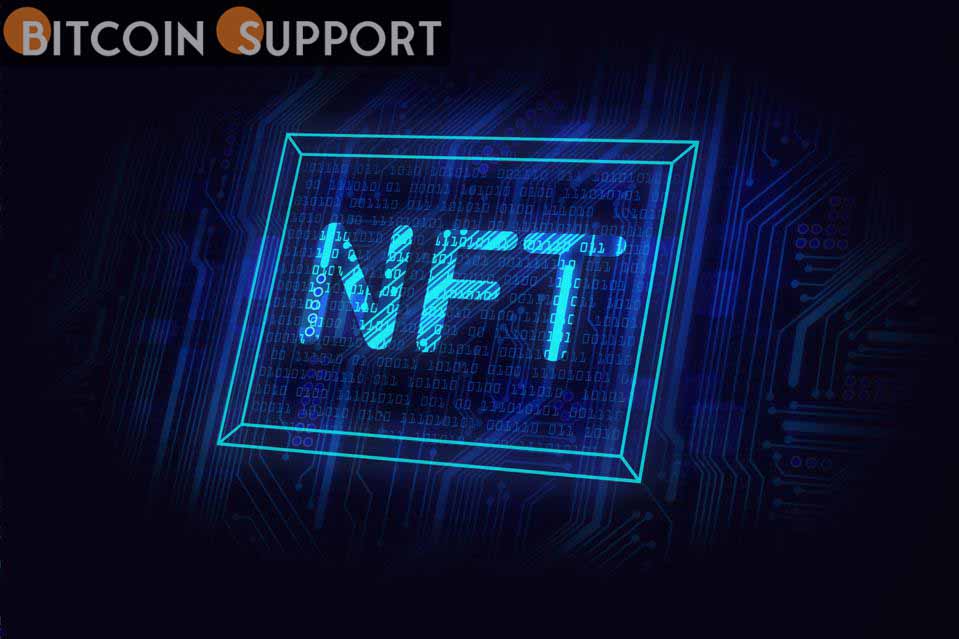 Monthly volumes on OpenSea have decreased in comparison to January’s record-breaking start, while floor prices for certain NFT collections continue to surge.

Despite a series of attempted vampire attacks, nonfungible tokens (NFTs) continue to perform well on OpenSea, with both unique users and transactions growing. However, the overall volume of the NFT market is falling short of last month’s over $3 billion number.

While certain NFT initiatives are preparing to enter the secondary market, it appears as though the sector as a whole is navigating the next step in terms of utility and NFT integration in the metaverse. Additionally, global political uncertainty is having an effect on market settings.

The price of Ether (ETH) has plummeted by roughly 16% in the previous seven days, and because the majority of NFT projects run on the Ethereum network, NFT collectors are typically unfazed, shopping for NFTs at a discount. Azuki made a significant impact in the previous 30-days for an NFT collection, gathering almost 80,000 Ether ($209,100,216) and dethroning blue-chip collections like Bored Ape Yacht Club (BAYC) and Crypto Punks. Similarly, with a floor price of 8.95 Ether ($22,010.74), Invisible Friends’ launch on Feb. 23 has already generated almost $23.1 million.

Not only are new entrants redistributing collections from their top positions in terms of overall volume, but older initiatives are reviving as the market situation stabilizes.

Here is the current situation of the NFT market as we approach the end of Q1.

Surprising the market with its disappointing yet endearing appeal and relatability to Doodles meets The Simpsons, 3Landers has surpassed 11,000 Ether ($28,666,000) in total volume since its Feb.19 launch.

3Landers’ average sale price has climbed by 63% in the previous seven days, making it one of the few projects whose floors have continued to rise post-reveal, currently resting at a meager 1.55 Ether ($4.056.35).

3Landers, which was created on the Ethereum blockchain, self-identifies as a “…NFT project based on community, adventure, and collaboration.” Perhaps that is precisely what collectors of positivity require in light of recent events.

As a community-based project, 3Landers will rely on the abilities, commitments, and unity of its members to guide its expansion.

While some NFT projects are focused on value sharing with the community, others are venturing into unknown territory by establishing digital sovereign nations.

NFT Worlds is designed with the metaverse at its core. Each of the 10,000 NFT Worlds is explorable and distinct, with the potential for further development. Additionally, it boasts compatibility with none other than Minecraft, the sandbox game.

In the previous seven days, NFT Worlds has seen a surge in growth, hitting a floor price of approximately 18 Ether. 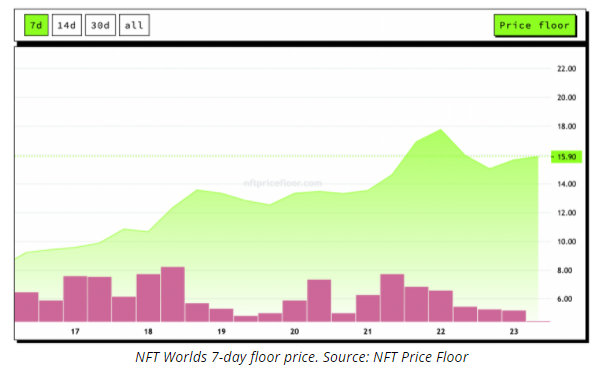 NFT Worlds has generated over $42.3 million in volume over the previous 30 days, with nearly half of that coming in the last seven days alone at $21.3 million.

NFT Worlds appears to be attracting Web3 proponents and developers by allowing for decentralization and APIs. As a high-cost digital land, NFT Worlds will integrate a rental mechanism later this year that will allow owners to rent out their worlds in exchange for a monthly charge in the game’s in-game currency, WRLD.

WRLD will feature a reward faucet for developers who fit the criteria and wish to integrate a play-to-earn (P2E) game using the token.

Investors appear to be placing a premium on open-source and interoperable features as good positions for the metaverse’s next phase.