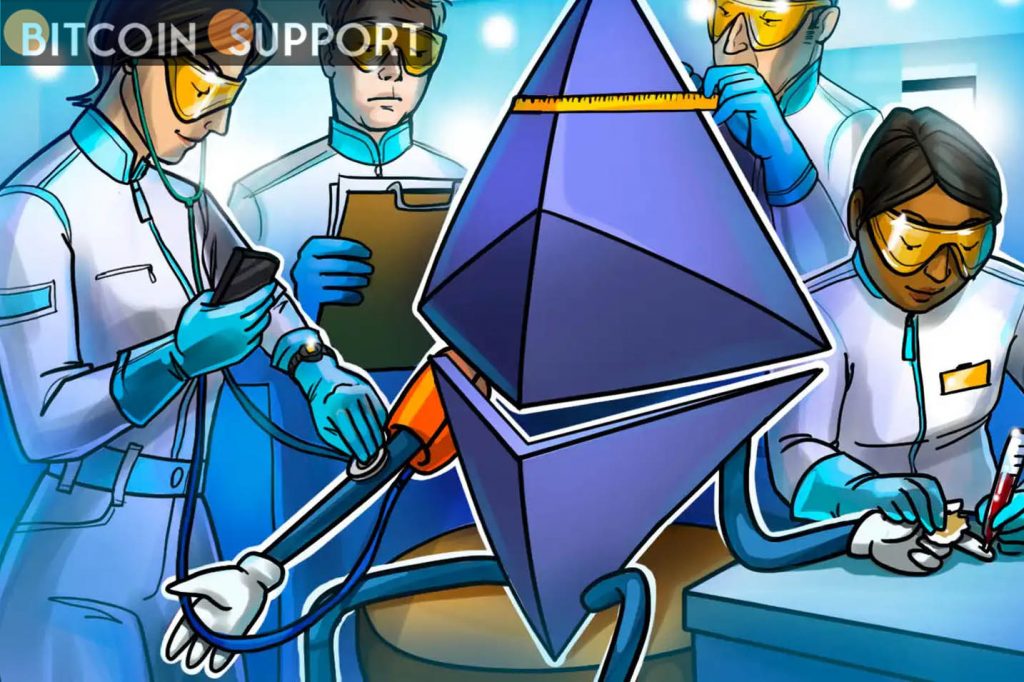 Nearly $1.61 billion worth of Ethereum tokens have been removed from cryptocurrency exchanges this year, ahead of the protocol’s possible full conversion to proof-of-stake in the summer.

The quantity of Ethereum’s native token Ether (ETH) held by cryptocurrency exchanges has dropped to its lowest level since September 2018, indicating traders’ desire to hold the tokens in anticipation of a price rebound in 2022.

Notably, roughly 550,000 ETH — equivalent to around $1.61 billion — have been removed from centralised trading platforms year to date, according to Glassnode data. The exchanges’ net-Ether balance has been lowered to 21.72 million ETH, down from a record high of 31.68 million ETH in June 2020. 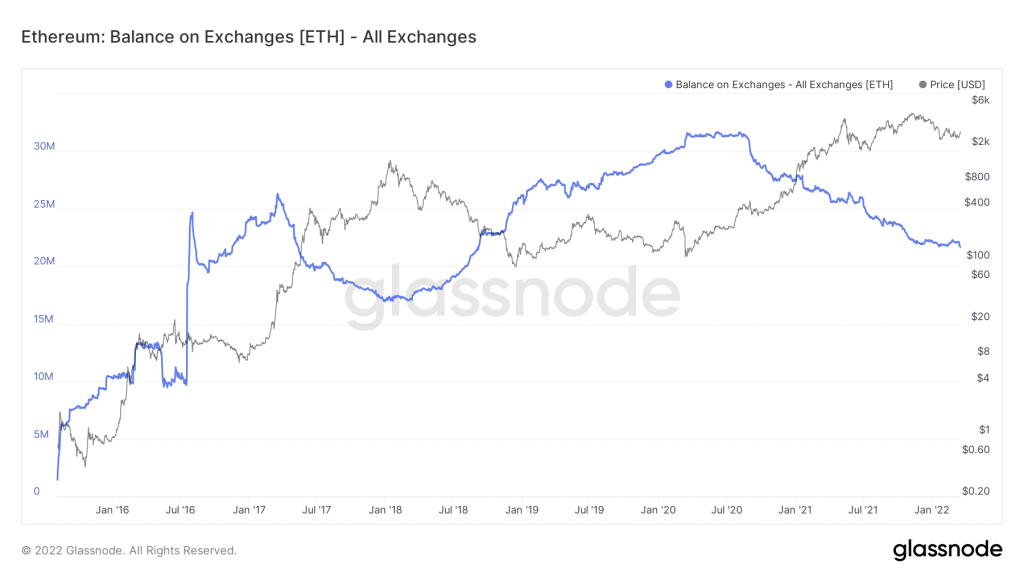 Since October 2021, the largest weekly ETH outflow has occurred.

Interestingly, almost 30% of all Ether withdrawals from exchanges in 2022 occurred earlier this week, according to statistics from IntoTheBlock. On March 15, almost 180,000 ETH departed cryptocurrency trading platforms, pushing the weekly outflow to just over $500 million as of March 18.

Chainalysis data revealed comparable values, indicating that Ether tokens may have exited exchanges at an average rate of approximately 120,000 units each day this week, a bullish indicator. Excerpts:

“If more market participants wish to sell than buy, and if buyers choose to hold their assets on exchanges, assets held on exchanges increase.”

IntoTheBlock had a similar bullish prognosis, citing an October 2021 fractal in which the price of Ether increased by 15% ten days after the Ethereum network identified huge ETH transfers from centralised crypto exchanges.

A supply shortage of Ethereum has begun.

This week’s spike in Ether withdrawals from exchanges corresponded with the addition of about 190,000 ETH to Lido’s “stETH liquid stakin” pools, IntoTheBlock said.

To summarise, Lido is a noncustodial staking service that enables users to circumvent the restrictions associated with staking on the Ethereum 2.0 Beacon Chain, such as the necessity to stake at least 32 ETH or its multiples. Additionally, Lido seeks to address the capital efficiency issue with the issuance of stETH, a tokenized version of staked ETH.

Ether investors have injected nearly 1 million ETH into the Ethereum 2.0 contract during the previous 30 days. And, as the protocol prepares to transition entirely to proof-of-stake (PoS) in the summer — following its “Merge” on the Kiln testnet earlier this week — the likelihood of additional Ether tokens exiting active supply has increased.

Lol. No one told anon that there's going to be a liquidity squeeze in newly minted Ether in a few months. No newly minted Ether will enter circulation between the Merge (Juneish) and Shanghai (Decemberish). I'd text them but I don't even have their number. You got it? Poor anon.

The price recovery of ETH continues.

Ether has entered a recovery mode this week as a result of the bullish sentiment surrounding Ethereum’s move to proof-of-stake.

In detail, the price of ETH has increased by more than 17% week to date to about $3,000. Surprisingly, the upside retracement began at a technical level, with a rising trendline support that has a recent history of containing Ether’s bearish outlooks, as illustrated in the chart below.

Ether’s advances may be limited by another technical level, this time a falling trendline barrier that has also played a role in limiting its upside attempts since January 2022.

Together, these trendlines appear to have created a continuation pattern known as a symmetrical triangle, indicating that Ether will most likely continue in the same direction as its previous trend, namely down. For the time being, ETH may revert to the triangle’s support trendline upon a drop from its resistance trendline.