El Salvador’s Bitcoin Law poses a threat to the United States, according to a new bill 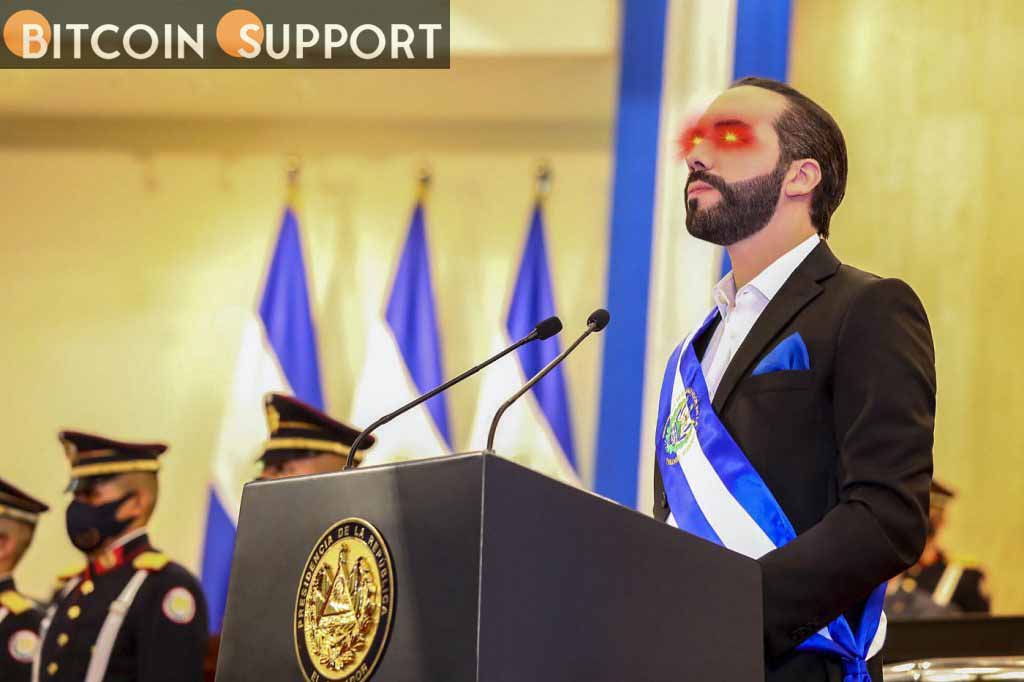 Three US Senators have suggested a measure that would commission a detailed analysis on the inner workings of El Salvador’s Bitcoin Law, as well as a risk mitigation plan.

In the United States Senate, a bipartisan group of senators filed legislation to address potential hazards associated with El Salvador’s adoption of Bitcoin as a legal tender.

The proposed Accountability for Cryptocurrency in El Salvador Act (ACES) aims to “minimise possible vulnerabilities to the United States financial system,” such as money laundering and terrorism funding.

Republican Senators Jim Risch and Bill Cassidy initiated the bill, which was co-sponsored by Democratic Senator Bob Menendez. Senator Risch stated in his announcement on February 16 that:

“The introduction of Bitcoin as legal cash in El Salvador raises serious worries about the country’s economic stability and financial integrity as a vulnerable US trading partner in Central America.”

If the bill passes, it will give federal agencies 60 days to submit a report evaluating the Central American country’s cybersecurity and financial stability capabilities.

The first section of the report will look at how El Salvador developed and implemented the Bitcoin Law, how it will “mitigate the financial integrity and cyber security risks” posed by virtual assets, whether it complies with Financial Action Task Force (FATF) requirements, the impact on individuals and businesses, and the economic impact of crypto.

The report’s following section would examine El Salvador’s internet infrastructure and assess “the extent to which cryptocurrency is employed” there, as well as fund custody and hacking risks, and the rate of financial access enjoyed by poor or unbanked El Salvadorans. 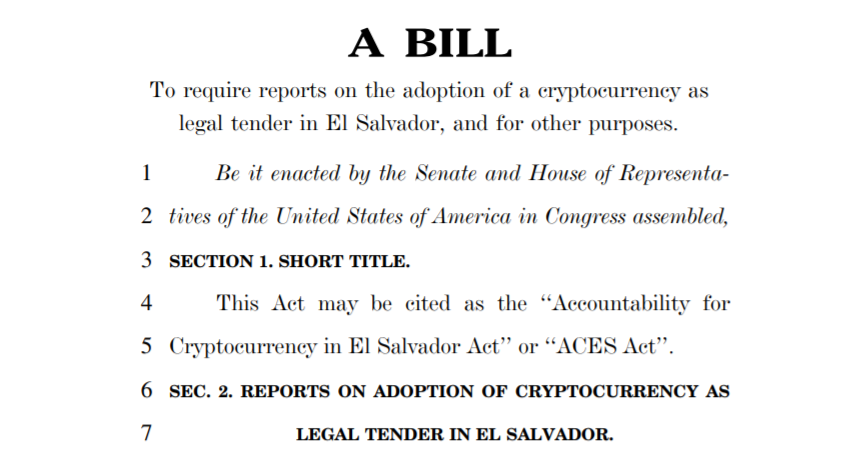 Following the release of these reports, the bill would require relevant agencies to develop action plans based on the results.

“You have 0 jurisdiction on a sovereign and independent nation,” El Salvador’s President Nayib Bukele tweeted in response to the alleged involvement in his country. We are not your colony, nor are we your back yard or front yard.”

You have 0 jurisdiction on a sovereign and independent nation.

We are not your colony, your back yard or your front yard.

Stay out of our internal affairs.

Don’t try to control something you can’t control 😉
https://t.co/pkejw6dtYn

In June 2021, El Salvador’s government passed the Bitcoin Law. As a result, Bitcoin (BTC) became a legal tender in the country, requiring companies to accept it as payment.

Domestic politicians and the International Monetary Fund (IMF) have pushed President Bukele to abolish the Bitcoin Law several times, most recently on Jan. 25. It has, of course, received plaudits from supporters of the world’s largest cryptocurrency by market capitalization.