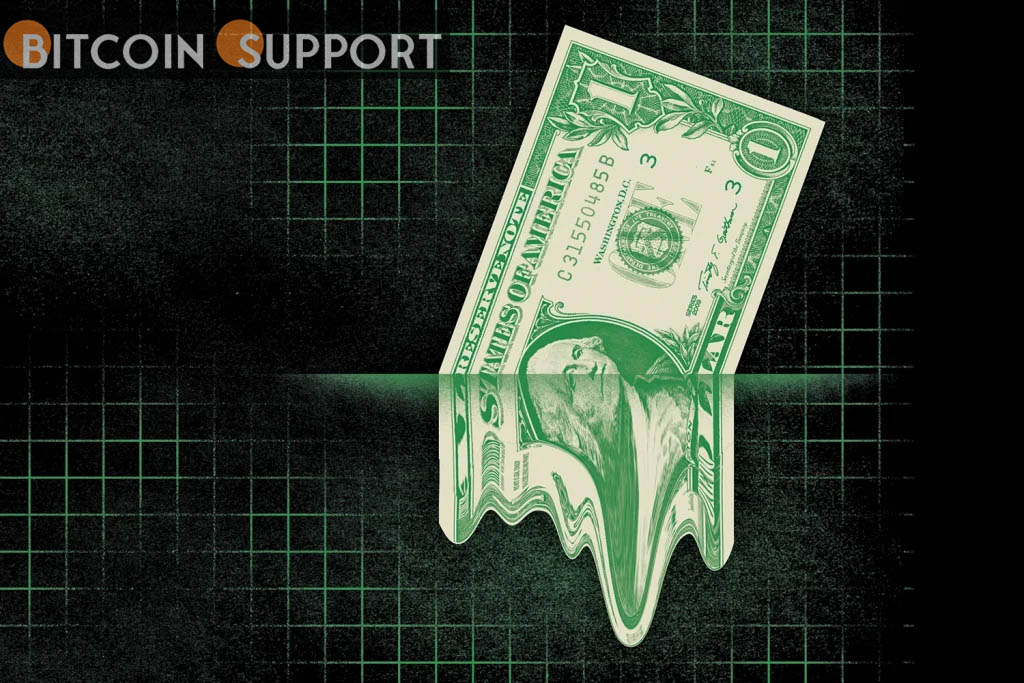 An inverted US yield curve has predated every recession since the 60's. pic.twitter.com/s9e7vmzo4R 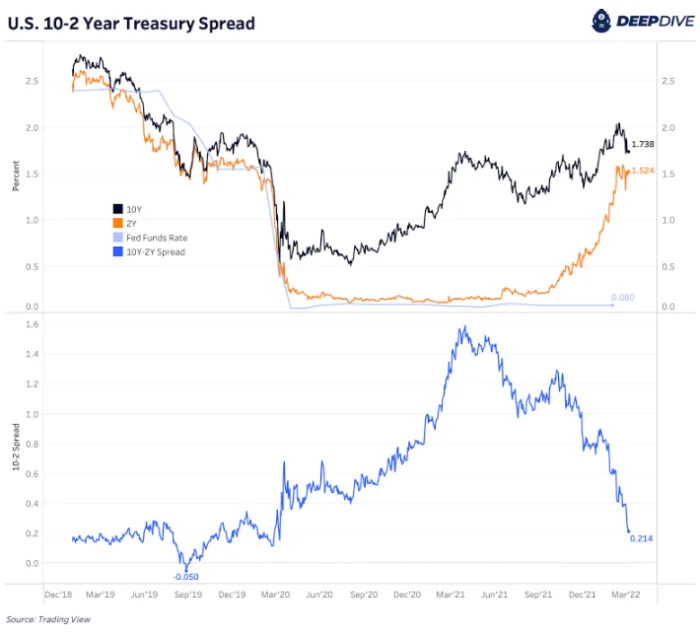 Because of the way that financing is done, the yield curve is extremely important in the financial system. When the yield curve inverts, creditors are more inclined to keep short-dated government paper than to lend out for duration (i.e., take on short-dated liabilities and acquire long-dated assets). Because short-dated yields are higher than long-dated yields, holding cash is less dangerous than investing in risk assets (even with negative real yields) that sell off during periods of weak economic activity.

This causes liquidity problems in the economy, which is why every recession in the United States since the 1960s has been preceded by a yield curve inversion. 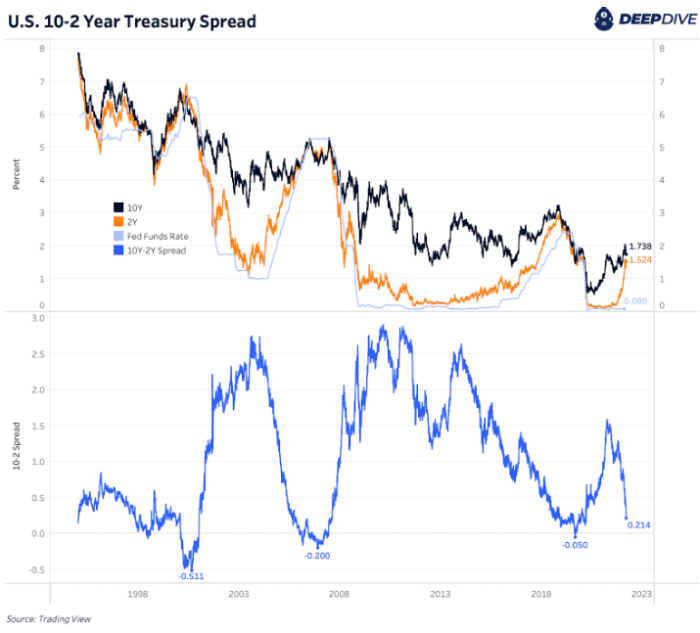 The fact that the Fed funds rate is still around zero percent, with recession indicators flashing bright red, is the most perplexing aspect of the current situation. 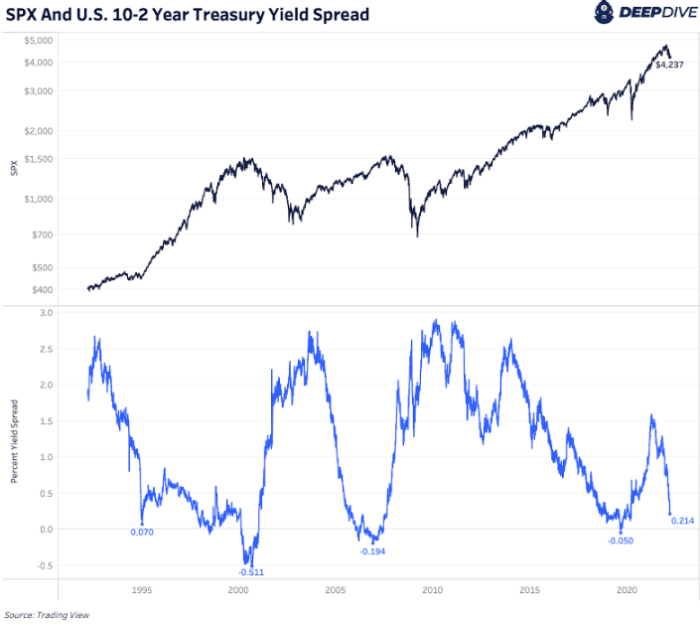 Commodities are telling you a recession is coming. pic.twitter.com/wQWpXBWwMJ

And by recession I mean a supply shortage driven commodity boom leading to demand collapse along with a massive unwind in credit markets and explosion in volatility, leading the Fed inevitably to yield curve control.

Irresponsible leverage will be liquidated along the way.

It is prudent to warn our readers that, while we are extremely enthusiastic on bitcoin’s long-term prospects, the current macroeconomic picture appears to be exceedingly bleak. Any portfolio with too much leverage should be scrutinized.

Bitcoin is completely safe in cold storage, but mark-to-market leverage is not. The current and likely future price volatility of bitcoin should be considered as a major opportunity for willing and patient accumulators.

If a liquidity crisis occurs, indiscriminate selling of bitcoin (along with all other assets) will occur in a rush to dollars. What’s going on right now is essentially a cash crunch.

If this happens, it will result in a deflationary cascade across financial markets and a global recession.

This is why we prefer to keep a multi-year (or perhaps multi-decade) stance on bitcoin, as we believe there will only be one possible “solution” to this event: more stimulus.

This will most likely take the form of yield curve control, in which the Federal Reserve monetizes any amount of debt instruments over a range of maturities at a fixed rate.

Quantitative easing is the printing of a set amount of money at any price. In theory, yield curve control allows for a limitless quantity of printing while maintaining a set pricing. In our opinion, this is where the system is headed.

And it is for this reason that we possess bitcoin.

There is so little liquidity currently in the market.

Take a look at corporate credit markets – everything is unwinding, and the Fed hasn’t even begun to tighten.