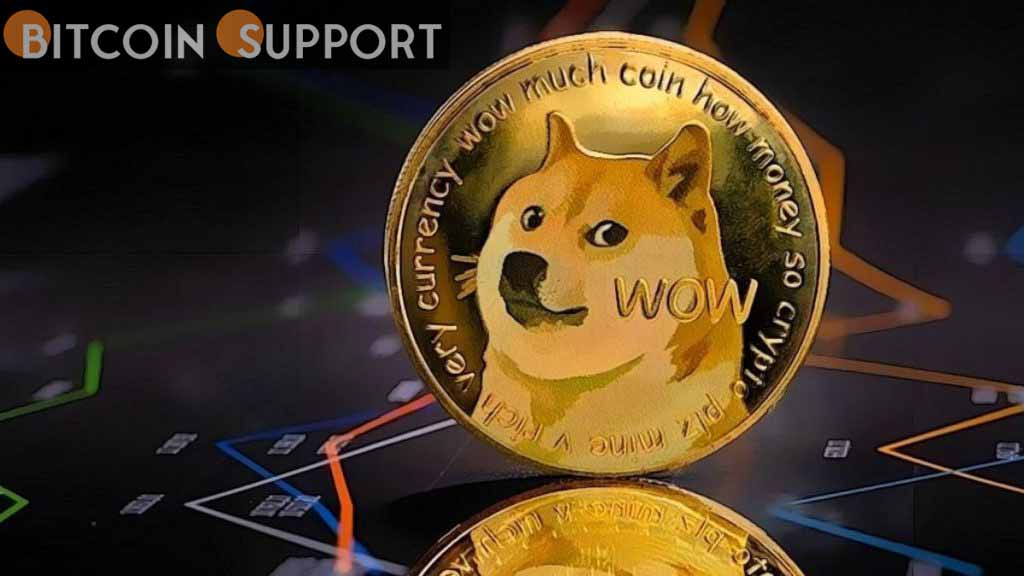 The Dogecoin price report for March 6, 2022, indicates that the meme cryptocurrency has been falling for the last 72 hours. On March 4, 2022, the price decreased from $0.1292 to $0.1210. The following day, Dogecoin maintained its downward trend, severely lowering its value. Today, the cryptocurrency maintains a downward trend and is currently trading at $0.1221.

Dogecoin has increased by 1.15 percent in the previous 24 hours, with a trading volume of $335,598,266 and a live market cap of $16,241,888,334, and DOGE is presently ranked number thirteen. The cryptocurrency, however, has the potential for a reversal, as current price analysis indicates that the cost of DOGE is trending downward near the support level.

Dogecoin price research appears to indicate that the market is in the midst of a big downward trend, with the market’s volatility anticipating a squeeze, thus closing the market. This reduces the likelihood of the bitcoin price experiencing wild swings in either direction. As a result, the Bollinger’s band’s upper limit is present around $0.1319, indicating the currency’s strongest resistance. By contrast, the Bollinger’s band’s lower limit is located at $0.1200, indicating the strongest support for the meme cryptocurrency.

The DOGE/USD appears to have crossed below the Moving Average’s curve, signaling a bearish trend. The price appears to be seeking to break through the support. As volatility decreases, this may favor the bulls, as a breakout would increase volatility, creating greater potential for the bulls to seize control of the market.

The Relative Strength Index (RSI) is 35, showing that DOGE is trading at a discount, in the undervalued region. Additionally, the RSI appears to be declining, indicating a declining market and a predominance of selling activity.

Dogecoin price analysis indicates that the market is in decline, with low volatility. The market appears to be enduring a squeeze, which could portend future spurts of volatility. This reduces the DOGE price’s susceptibility to swings in either direction. The Bollinger’s band’s upper limit is $0.1485, which is DOGE’s greatest resistance. The Bollinger’s band’s lower limit is located at $0.1160, which represents the strongest support for DOGE.

Dogecoin appears to be in a bearish trend, with the DOGE/USD price crossing below the Moving Average’s curve. The negative trend implies that the meme cryptocurrency’s market cap is dwindling. The price makes an attempt to reach the support level. If they cross, the market will collapse and the market dynamic will invert.

The Relative Strength Index (RSI) value is 38, indicating that the cryptocurrency has devalued. Following a significant downward movement, Dogecoin reaches the lower neutral region. The decline in the RSI score indicates the predominance of selling activity and devaluation exercise.

Conclusion to the Dogecoin Price Analysis

Dogecoin price analysis demonstrates that the cryptocurrency has been steadily declining, indicating tremendous bullish potential. The market exhibits enormous reversal potential in the coming days. If the bulls are successful in exploiting it, they may envelop the market and contribute to the price of Dogecoin exceeding expectations.