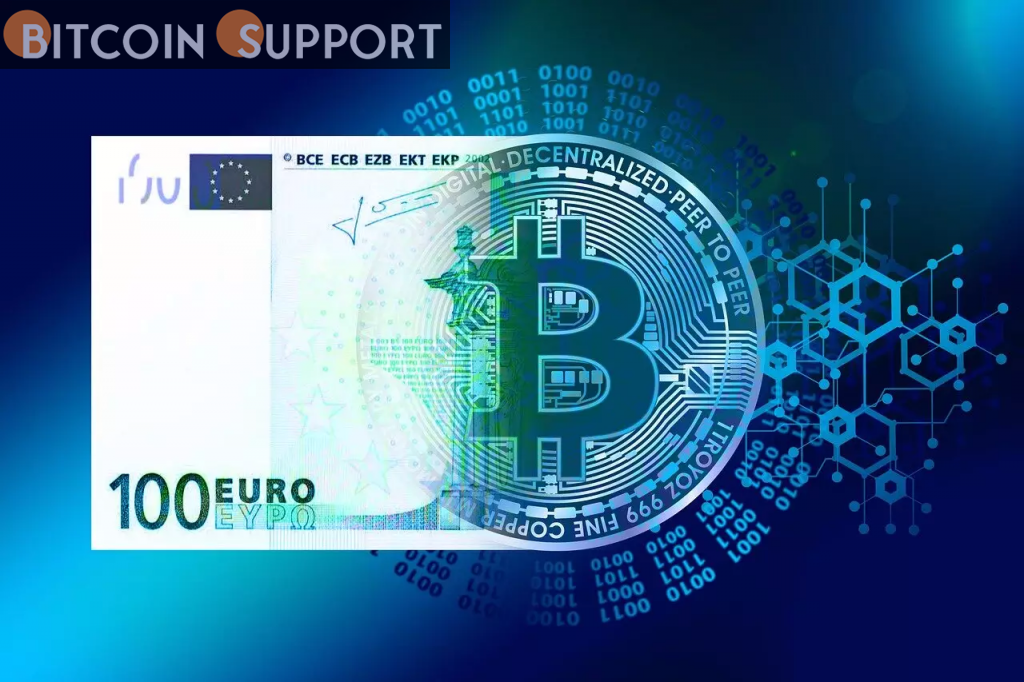 According to a new survey, crypto adoption and DeFi usage among Americans are deceptively low, despite the industry’s echo chamber convincing people differently.

According to a new survey conducted by polling firm Morning Consult, fewer than a third of average Americans have heard of DeFi, compared to 77% of cryptocurrency owners.

Given that over 87 percent of Americans, or 290.9 million people, did not hold crypto as of 2021, understanding of decentralised finance (DeFi) among non-owners is limited to approximately 90 million Americans and has a long way to go.

Morning Consult’s poll also discovered that awareness of central bank digital currencies (CBDC) and Web3 is significantly lower, at 30% and 21%, respectively, among non-owners.

Between February 16 and 23, this year, the survey was performed. It surveyed 4,404 adult respondents in the United States.

However, the most encouraging conclusion of the survey was that 91% of Americans have heard of cryptocurrencies, a figure that comes perilously close to representing the whole population. 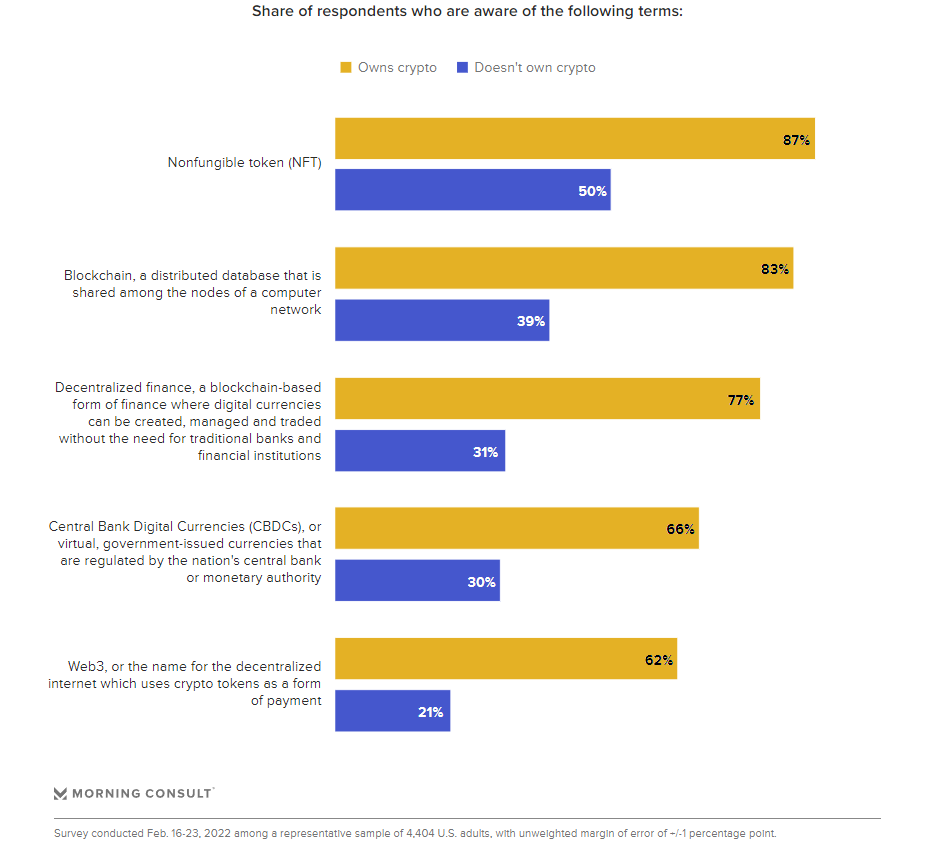 However, individuals have grown accustomed to managing more parts of their lives as a result of the instant accessibility provided by their cellphones. According to Principato, this concept also relates to the decentralisation of one’s own finances across numerous service providers. “Using items from various providers provides superior service and is more cost effective than dealing with a single provider,” she explains.

This comfort with self-direction may carry over to the financial world. While this may not result in widespread adoption of DeFi, it is a behavioural and attitude shift that financial service providers should monitor or risk falling behind, according to the paper.

“Industry leaders must pay heed to these behavioural and attitude shifts — but, more crucially, they must continue to invent product offers that challenge those of their DeFi competitors.”

To exhibit greater creativity, traditional banks such as Goldman Sachs and Bank of America have began researching the crypto-based services they might provide their clients. Principato believes that by combining crypto awareness with traditional businesses that utilise crypto and consumer demand for financial decentralisation, consumers will eventually abandon traditional finance in favour of DeFi.

For the time being, the status quo is relatively stable, given the vast majority of Americans rely on traditional banks for financial services and only a small fraction possess cryptocurrency.