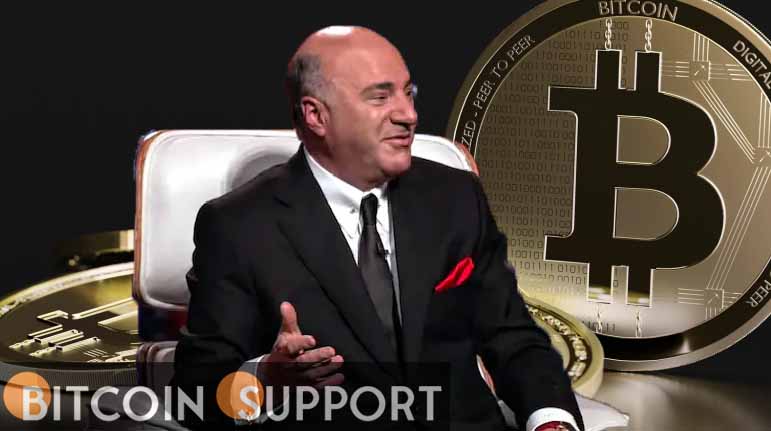 Famed for “Shark Tank” One-fifth of Kevin O’Leary’s investment assets are in the expanding cryptocurrency and blockchain industry, he said in an interview with CNBC on Friday, with substantial stakes diversified mostly in crypto tokens, currencies, and companies.

In a recent interview with CNBC’s “Squawk Box,” investor Kevin O’Leary stated that digital assets account for 20% of his total investing portfolio. He stated, ”

“I have millions of dollars, and cryptocurrencies and blockchain now account for 20% of my portfolio.”

"I have millions of dollars–20% of my portfolio is now in #cryptocurrencies and blockchains," says @kevinolearytv. "If you own $MSFT, if you own $GOOGL. Why don't you own #bitcoin?" pic.twitter.com/gGVnCQARMz

He believes that because investors are pouring money into companies like Google and Microsoft, why not invest in cutting-edge technologies like Bitcoin and blockchain?

O’Leary also discusses his cryptocurrency holdings, which include Ethereum, Solana, Helium, and Avalanche, among others.

“You must diversify; I own 32 different positions, including FTX equity.” The whole point is that you have no idea who will win. “They’re all mine.”

He voiced his displeasure with the manner Biden’s instruction emphasises the risks of cryptocurrency to the environment. According to O’Leary, he has at least one private bitcoin mining plant. He did, however, say that after Biden’s executive order, he sold his shares in publicly traded bitcoin mining companies.

Furthermore, he emphasised that the United States is lagging behind countries like Canada and Switzerland in terms of crypto policy, and that it needs to catch up.

“Policy for this embryonic business that will lead financial services is so far behind.”