Crypto-friendly Yoon Suk-yeol is the next president of South Korea, and the ICX is up 60% 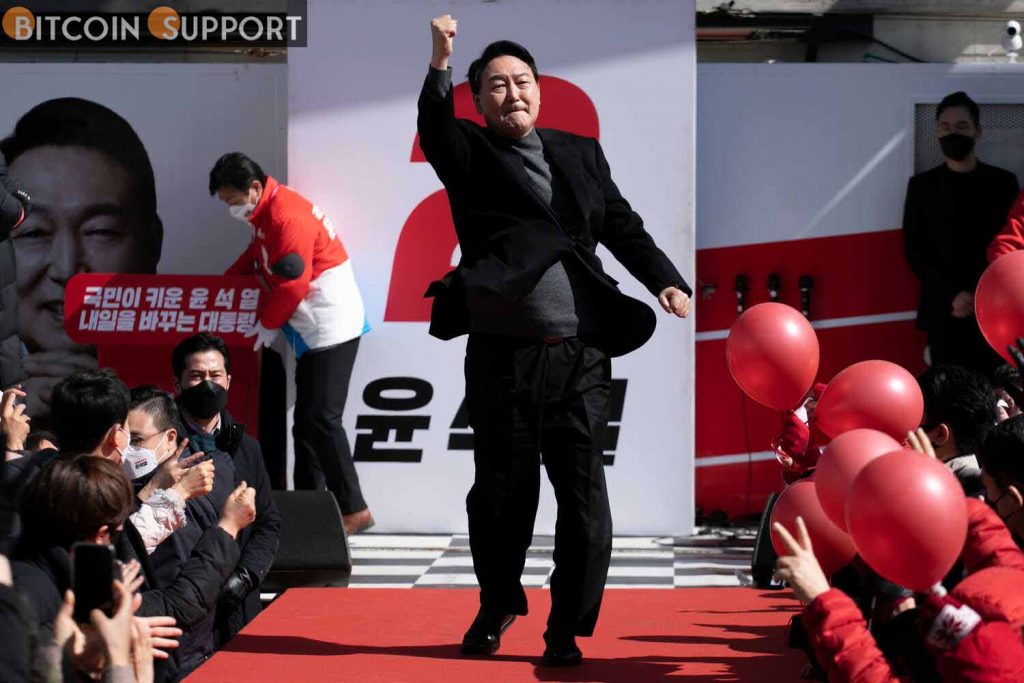 Yoon Suk-yeol, a conservative crypto-friendly candidate, has won the South Korean presidential election, with the currency used to mint his signature as an NFT jumping 60%.

Yoon Suk-yeol, a conservative South Korean presidential contender, has been elected as the country’s next president.

According to BBC coverage, the election was one of the closest in South Korean history, with Yoon, representing the conservative People Power Party, winning by less than 1% over his more politically progressive opponent, Lee Jae-myung.

The election discourse in South Korea was dominated by cryptocurrency, with both candidates issuing campaign-related NFTs. Their pro-crypto attitudes contrast with previous President Moon Jae-ban In’s on cryptocurrency exchanges last year, and have helped them gain support among the younger, more crypto-enthusiastic audience.

“We must modify policies that are distant from reality and illogical in order to realise the unlimited potential of the virtual asset market.”

Yoon indicated that he wants to help establish blockchain-tech related “unicorns” (startups worth $1 billion or more) in South Korea pending his election, continuing his goals for crypto-positive advancements.

Yoon has also stated that he will introduce legislation that will see cryptocurrency proceeds from illegal conduct restored to the victims.

In a perhaps related development, Icon (ICX), the native token of the South Korean ICON blockchain, has increased by 60% in the last 12 hours. It’s backed off a bit, but it’s still up 40% at the time of writing. In December of last year, at a televised start-up symposium, Yoon famously minted his signature on the blockchain.

As the Korea Startup Forum held its heavily televized start-up policy talk, Yoon Seokryul went on to mint his signature as an NFT on @craftdotnetwork!

Crypto regulation has been a minefield for South Korean legislators, with tough regulations forcing the closure of the majority of the country’s crypto exchanges in September 2021. Citizens and legislative entities alike have been perplexed by a lack of statutory clarity concerning the taxation of digital assets.

Cryptocurrency is becoming increasingly popular among young South Koreans. Young individuals have been abandoning their jobs to pursue day-trading cryptocurrencies, according to reports from local news outlets. The traditional stock market in South Korea, on the other hand, is dominated by four family-owned corporations known as “chaebols,” which many people believe are corrupt and politically powerful.

Trading volumes on South Korea’s leading exchanges were exceeding those of the stock market until a massive crackdown on crypto exchanges in September last year.