Crypto cements its place in the African American saga 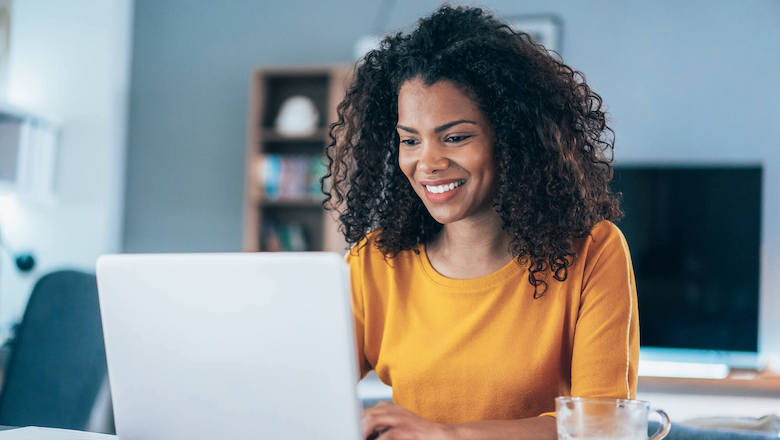 Surveys show that people of colour own more cryptocurrencies than white people, while anecdotal evidence suggests that crypto has also unleashed a wave of innovation and entrepreneurial energy in the Black community, from New York City’s new mayor converting his first paycheck into crypto to basketball star Kevin Durant launching a new special-purpose acquisition company focused on cryptocurrencies and blockchain.

And this may only be the tip of the iceberg. “Blockchain has the potential to be a beacon of light in the story of Black economic empowerment,” said Marco Lindsey, associate director of diversity, equity, and inclusion at UC Berkeley’s Haas School of Business.

Cryptocurrencies and blockchain enterprises, with their unique characteristics that can convert users into owners and owners into users, align with long-held Black aspirations for financial independence and security.

Nishani Frazier, a University of Kansas professor and historian, stated in an interview, “They can enable the Black community to lift itself up in the philosophical sense of Black empowerment.”

These “potentially powerful possibilities,” as Frazier put it, are exciting — and not just in the United States. In the global context, cryptocurrency remains, at least in part, about disenfranchised peoples participating in mainstream economic life for the first time.

Banking for the unbanked

After all, it’s easy to forget that 1.7 billion people worldwide are unbanked, underbanked, or lack access to traditional financial systems, according to Cleve Mesidor, public policy advisor at the Blockchain Association. For this group, which sometimes lives in countries with high inflation and lacks trust in their local fiat and central bank, cryptocurrency represents “economic empowerment and a chance for financial freedom.”

Cryptocurrencies and blockchain technology “provide greater access to populations that are typically excluded from traditional markets,” Lindsey agreed. It allows “anyone with an internet connection and some capital to invest” to take part in a vital, emerging technology scene, including seed-stage investment opportunities.

It’s natural to celebrate these developments, especially during Black History Month, but one can’t ignore the “flip side,” according to Frazier. “As much as I enjoy cryptocurrency as a Black person, I can’t afford to live in a utopian bubble and proclaim, ‘Cryptocurrency: Hurray!'” Equality!’ It’s extremely complicated.”

Even for those with technical backgrounds, the technology can be perplexing, and cryptocurrency remains an extremely volatile investment. The crypto-verse is also populated by hackers and fraudsters. Exploitation pervades the Black financial experience in America as well.

Frazier recalled that insurance companies used to refuse to insure Black people, particularly in the South of the United States. Some larger companies eventually began to offer “penny insurance,” in which a person could “pay a little at a time” for a policy, such as burial insurance.

However, “those companies were notorious for taking your money and disappearing,” Frazier recalled. “They preyed on the African-American community.” Her point is that, even in these more enlightened times, crypto is still risky; people can still be hurt; and the downside of things cannot be overlooked.

Others, such as The New School economist Darrick Hamilton, have pointed out that Bitcoin (BTC) is a high-risk, high-reward investment. “At the end of the day, it’s a casino,” he stated in an interview.

Lindsey agreed on the risks and added that continued inclusion will necessitate vigilance. A continuous education process is required, with a particular emphasis on individuals and small businesses from underserved communities. Otherwise, “the industry risks reproducing the inequities we see in more traditional sectors.”

“A broader range of investors”

As previously stated, surveys support the notion that crypto resonates with people who have been excluded from the dominant economic system for a variety of reasons. According to a Harris poll conducted last year, 23 percent of African-Americans own cryptocurrency, compared to only 11 percent of white Americans.

According to researchers from the University of Chicago’s National Opinion Research Centre (NORC), “the average cryptocurrency trader is under 40 (mean age is 38) and does not have a college degree” (55 percent). Two-fifths of crypto traders (44 percent) are not white, and 41 percent are female. Over one-third (35%) of households earn less than $60,000 per year.”

“Cryptocurrencies are opening up investing opportunities for more diverse investors, which is a very good thing,” said Angela Fontes of NORC, while Lindsey added that “African Americans are already early adopters in the sense that we invest in crypto at a rate twice that of our white peers.”

This user profile differs from that of the typical stocks-and-bonds investor, according to Campbell Harvey, a finance professor at Duke University’s Fuqua School of Business. Crypto users are typically younger and more likely to be Latinos or Black people. “This idea of circumventing traditional financial institutions is quite appealing for a segment of the population that is largely not welcome in our traditional centralized finance,” Harvey said.

Lindsey agreed with this last point. “In the [U.S.] banking industry, African Americans were denied access to business or home loans for many years despite being just as financially solvent as many of their white counterparts,” while “African-American borrowers were charged significantly higher interest rates than whites.” As a result, many African Americans lost faith in the traditional banking and investing systems.”

According to Frazier, the trend toward cryptocurrency and blockchain is consistent with the “long arc of Black history with aspirations to be financially independent, financially secure” — as well as the desire to be entrepreneurs.

Back in the late 1960s, she noted, the Congress of Racial Equality, among others, was agitating at the community level for the idea that laborer could also own a home or a business — i.e., earning a second income and gaining financial security.

Thus, emerging technologies like Web3, decentralized finance, and decentralized autonomous organizations, which break down traditional barriers between workers, consumers, and shareholders, resonate with many African Americans, including Frazier’s 80-year-old father, who has long advocated for economic development in Cleveland, Ohio. “He understands [crypto],” she disclosed in an interview.

“Our message has been, ‘Be early adopters and change the playing field by being producers, not consumers,'” Mesidor, who also leads the National Policy Network of Women of Colour in Blockchain, explained.

Inclusion, however, is not found uniformly throughout the cryptocurrency world. For example, white males continue to dominate the software development industry to a large extent.

“Yes, it is a concern,” Lindsey said. “It’s very homogeneous, especially at the leadership levels.” “The predominately white male tech sector leans too heavily on nepotism to find new talent and often lacks creativity in imagining what a qualified candidate might look like,” he said, adding that “tech leaders must be ready to hire managers who are prepared to work with affinity groups of colour to develop new talent, and then train talent for those anticipated new roles.”

Lindsey added that many candidates of colour have transferable skills and real-world experience that could greatly benefit an organisation, but “they are overlooked because they don’t fit the traditional mold.”

Meanwhile, Mesidor’s Women of Color in Blockchain group is working hard to develop not only crypto users, but also software and hardware developers, miners, and stackers. Communities of colour have also been encouraged to open cryptocurrency merchant accounts in order for e-commerce companies and nonprofits to reach a new consumer base. “They are leveraging Web3 and decentralized autonomous organizations, as well as capitalizing on nonfungible tokens to protect intellectual property and monetize their work,” Mesidor said in an interview.

According to Mesidor, black entrepreneurs require more resources to expand on what they’ve started, such as access to capital for micro-enterprises and investment in skill training. These are “critical to ensuring America’s continued competitiveness in the innovation economy.”

According to Mesidor, the African-American community has been actively involved in the education challenge. “Over the last decade, it has been innovators of colour in crypto who have launched education campaigns and built products and services to dismantle long-standing economic inequities in urban and rural America,” she continued. “It is due to the efforts of Black and Latinx industry leaders that crypto adoption in communities of colour outpaces the rest of the country by double digits.”

To summaries, those who have historically been excluded from centralized, legacy finance — those who can’t get a loan, buy a house, or start a business — and “who may not have even had official government-issued identification” now have access to “new instruments for payments, sending money (remittances), and the capacity to transact in the global marketplace for the first time,” Mesidor said.

However, more needs to happen before real change can occur.

“The Black community will need to quickly recognize the value and opportunity that blockchain provides and get involved in the industry at all levels,” Lindsey said, adding that leaders in the crypto and blockchain space will need to ensure “that Black and brown communities have equal access to not only the technology but also leadership roles, market trends, data, and analytics.”