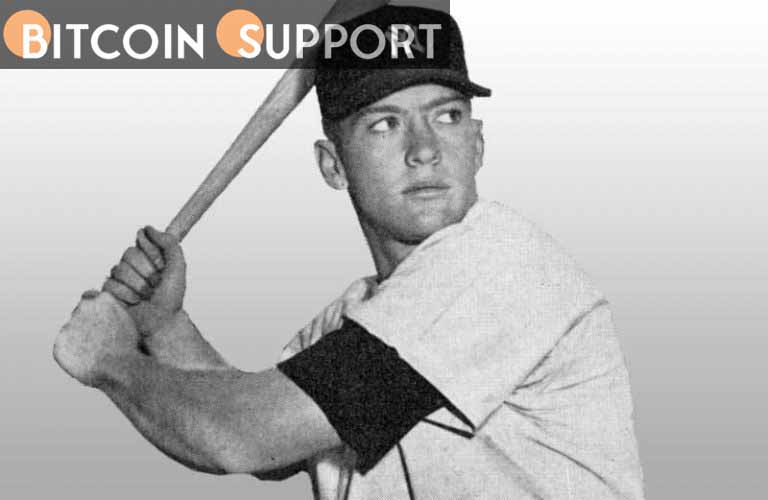 Along with the world of art, NFTs are sweeping the sports world, with numerous collectibles fetching over $900,000.

When the Topps trading card of American baseball player Mickey Mantle sold for $5.2 million, history was made. Establishing a new norm for rare collectibles, conventional collectors immediately discovered that this market has evolved significantly from previous generations’ eras, with larger-ticket purchases being prevalent.

Now that the world is rapidly transitioning to a digital future, physical assets worth millions of dollars are making their way to the virtual world via nonfungible tokens (NFTs). As a result, NFTs have been positioned as the next generation of collectibles.

Users can get the same adrenaline as they would with a standard trading card by owning a piece of history. The primary distinction is that an NFT’s digital nature will provide fans with a new method to interact with treasures. With the capacity to authenticate their “rareness,” assets such as the Golden State Warriors Legacy Collection World Champion Ring NFT, which sold for over $950,000 upon its initial release, and the Erling Haaland 2020-21, which is currently valued at an estimated $831,000.

To the delight of many in the trading card world, since its humble origins in 1938, Topps Company, Inc. has continued to showcase the biggest events in sports and entertainment. The 1952 Topps Mickey Mantle is the Mona Lisa of trading cards. Topps’ evolution into the digital collectible space has yielded numerous successes to date, including the release of their suite of digital collectible apps in 2012 and the launch of their own NFT platform, toppsnfts.com, in 2021, where they released a number of first-of-their-kind NFT collections for Major League Baseball, Bazooka Joe, Toho Godzilla, and Bundesliga, with additional first-of-their-kind releases in the works.

The next evolution of collectibles

Recently, Topps NFTs announced the introduction of a 1-of-1 Topps 1952 Mickey Mantle Card NFT as part of their new Topps Timeless NFT Series. In contrast to previous releases, this one highlights the company’s most iconic baseball cards via premium 1-of-1 digital products.

“Throughout Topps’ illustrious history, and particularly in recent years, numerous classic baseball cards have been labeled as collecting community holy grails. With our Topps Timeless Series, we’re bringing these historical cards to the blockchain as non-fungible tokens that can be owned in perpetuity and passed down through generations,” explains Tobin Lent, vice president and general manager of Topps Digital Sports & Entertainment.

Topps will offer fans the opportunity to acquire this extremely valuable in the team’s first-ever NFT auction, which will take place on the OpenSea platform on March 1, 2022, at 1 p.m. EST. The NFT will be issued as an ERC-721 token and will replicate a classic Topps baseball card, complete with video of historical imagery and memorabilia highlighting and celebrating Mickey Mantle’s career. Additionally, the auction winner will be invited to participate in a 30-minute video interview with Mickey Mantle’s sons, Danny and David Mantle.

Tobin Lent says, “the Topps 1952 Mickey Mantle card remains one of the most sought-after baseball cards of all time, and we’re thrilled that one dedicated fan will be able to add this significant piece of sports history to their digital collection.”

Due to the fact that this is the first auction of its kind, the community may anticipate a high level of interest from collectors and baseball enthusiasts alike. This is partly due to the fact that the 1952 Topps Mickey Mantle is more than just a trading card. It is the story of how iconic sports memorabilia is being reimagined for the digital age, providing a new way to feel the excitement of owning a rare collection and opening up an exciting new universe of possibilities in the digital collectibles arena.

With the addition of more of these one-of-a-kind auction events in the future, NFTs will further strengthen their position as the next generation of collecting.