Colorado now accepts crypto tax payments: Was it only a matter of time? 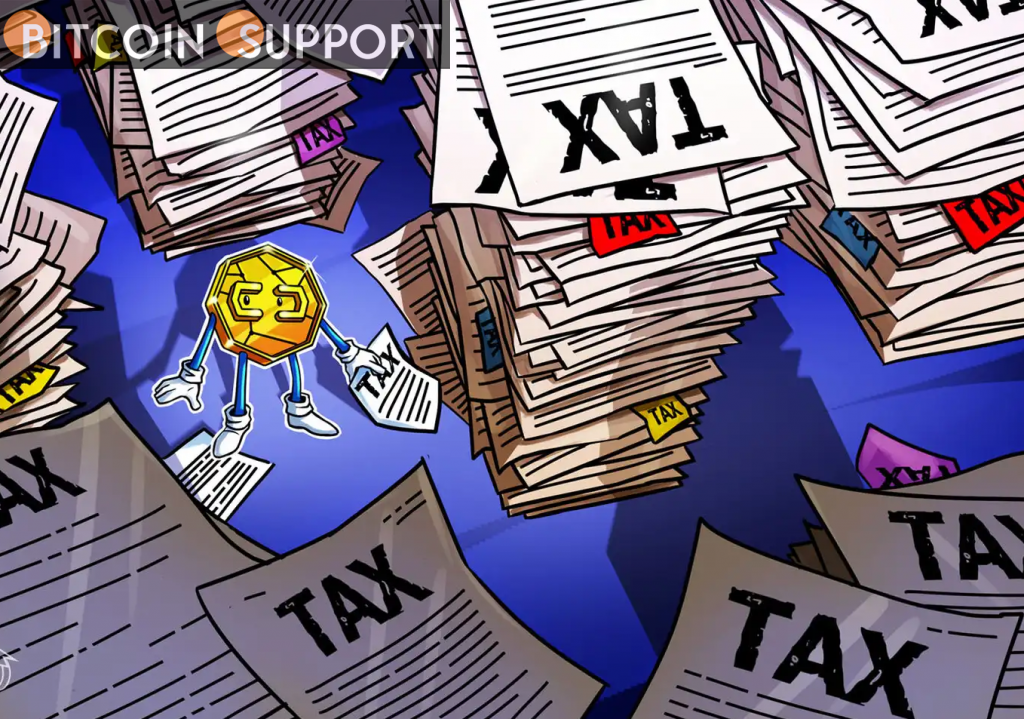 Colorado is ready to embrace cryptocurrency for tax payments. According to some analysts, it’ll only be a matter of time until other states in the United States follow suit.

Colorado’s governor, Jared Polis, said in February that residents will be able to pay taxes in cryptocurrencies as early as the summer of 2022. According to some experts, the decision both legitimises the crypto asset class and was long overdue.

Polis stated in an interview that cryptocurrency owners in Colorado may transmit tax payments in digital currency, with the state transferring the cash back to fiat as soon as the payments were received through an undisclosed middleman.

Colorado is already a leader in Crypto with our first in the nation Chief Blockchain Architect, hosting ETHDenver and other blockchain hackathons. It was great to sit down with CNBC to discuss the initiatives Colorado is taking on cryptocurrencies. pic.twitter.com/p5WtlF2E0r

Within a few months after the launch this summer, Polis said, the state may accept bitcoin purchases for “as simple as a driver’s licence or hunting licence.” The governor stated at the time that he was “not at all” concerned about the possible volatility of cryptocurrencies such as Bitcoin (BTC), given that the state does not intend to store the coins for an extended period of time.

Polis signed the Colorado Digital Token Act into law shortly after taking office in 2019, with the goal of exempting tokens having a “primarily consumptive function” from some securities restrictions. State Senator Chris Hansen is working on a bill that would “enable state-created digital tokens to be used for state reserve purposes,” according to the governor.

Senator Hansen stated that the law “increases security, lowers expenses, diversifies the pool of investors, and has the potential to cut state interest rates.” “We need to make sure that every Coloradan has an equal opportunity to participate in and benefit from investment in our state,” Hansen said. We invite millions of Coloradans to participate in the financing of new capital assets by expanding beyond institutional investors and commercial banks.”

The senator expressed interest in seeing how the state will assist “communities in recovering from the pandemic, improving their quality of life, and addressing injustices that have hindered regular people from fully benefiting from our economy,” according to the senator.

Money as a symbol of indebtedness

According to anthropologists like the late David Graeber, money was invented as a physical symbol of debt. Governments, according to Graeber, used money to standardise the payment of tributary responsibilities and make it easier to maintain their workforce.

Brian Pasfield, the chief technology officer of Fringe Finance, a decentralised lending platform, referenced Graeber’s work to indicate that measures like Colorado’s are legitimising cryptocurrency. “Governments recognising cryptocurrencies as a viable form of payment for taxes says volumes about a paradigm shift in how we see these currencies,” Pasfield added.

Accepting crypto for tax payments will “inevitably lead to governments needing to manage and hold these currencies within their Treasuries,” according to Pasfield, which will assist to decrease the volatility associated with crypto assets.

He went on to say that if a large federal government, such as the US, finished regulating cryptocurrencies, it would be reasonable for it to “accept [cryptocurrencies] as a valid form of one of the oldest social technologies: money.”

Russel Starr, CEO of DeFi Technologies, a decentralised financial technology business, argues that a government’s treasury should be denominated in the currency it uses to pay for services, meaning that if it pays staff in dollars, its crypto income should be converted to dollars.

However, any business should “have diversified investment interests,” which “certainly include cryptocurrency and other decentralised financial products,” according to Starr.

According to the CEO, “cryptocurrency’s growth potential would make it an appealing asset in any carefully balanced portfolio, especially in the Mile High State.” This growing potential could also mean that governments have been waiting a long time to accept cryptocurrencies for tax payments.

Adoption by the government is “just a question of time.”

Senator Sydney Kamlager of California submitted a bill in February that would change the state’s code to allow cryptocurrency to be accepted for certain civic payments.

A state agency would be allowed to “take cryptocurrency as a mode of payment for the supply of government services,” according to the bill. Ohio was the first state in the United States to accept Bitcoin for tax payments in 2018, but the practise was discontinued in 2019 due to legal concerns.

Tracking cryptocurrency transactions reduces anonymity and “furthered a trend that we will see over the next several years” involving increased transparency, tracking technology, and regulatory requirements for crypto: “It is the responsibility of governments to ensure that their citizens are not defrauded, criminal activity is curtailed, and taxes are not avoided.” So it was only a matter of time before this new development in Colorado took place.”

According to Singh, the United States will lead the globe in cryptocurrency acceptance, with other countries following behind, as “central banks will almost surely adopt blockchain and other cryptos.”

Colorado’s move, according to Ben Weiss, chief operating officer of Bitcoin ATM operator CoinFlip, will “certainly cause a chain reaction, with other jurisdictions throughout the country following suit – especially if the launch goes as planned.” This, according to Weiss, might be a “significant step toward people accepting crypto as a genuine form of cash.”

Weiss went on to say that the measure might help government agencies use cryptocurrency more effectively:

“This innovation may also boost the use of crypto transactions in other places around the state, like as at a local DMV [department of motor vehicles].” This is a fantastic opportunity for Colorado to solidify its position as a tech hub and establish itself as a leader in the digital revolution.”

Weiss believes that states in the United States should explore owning crypto assets because of their potential for appreciation, since the additional funds may be used to “repair roads, clean parks, and help support other underfunded areas of local government,” according to Weiss.

Patrick White, co-founder and CEO of Bitwave, a crypto asset tax and accounting software company, said he’s excited to see states like Colorado and California accept cryptocurrency for tax purposes, but “not for the reasons one might imagine.”

Working with crypto assets necessitates “muscle memory; it necessitates understanding how to on-ramp and off-ramp, learning to perform the tax and accounting, figuring out custodianship, and more,” according to White. “Multiple states are having to properly comprehend crypto, develop regulations around valuing digital assets for real tax purposes, and more,” he continued.

Weiss expects that the US federal government would follow suit and preserve “some of the assets on the balance sheet rather than selling them off right away.”

Even if governments do not maintain crypto assets on their books, demand for cryptocurrencies that they accept as payment may increase. The use of fiat currencies in tax payments is one approach to keep demand for fiat currencies high: people require fiat to complete their tax obligations at the end of the month or year.

The necessity to hold fiat currencies is dramatically impacted if cryptocurrencies are used to pay taxes, especially as paying for goods and services with crypto is becoming increasingly easier with the usage of crypto debit cards.