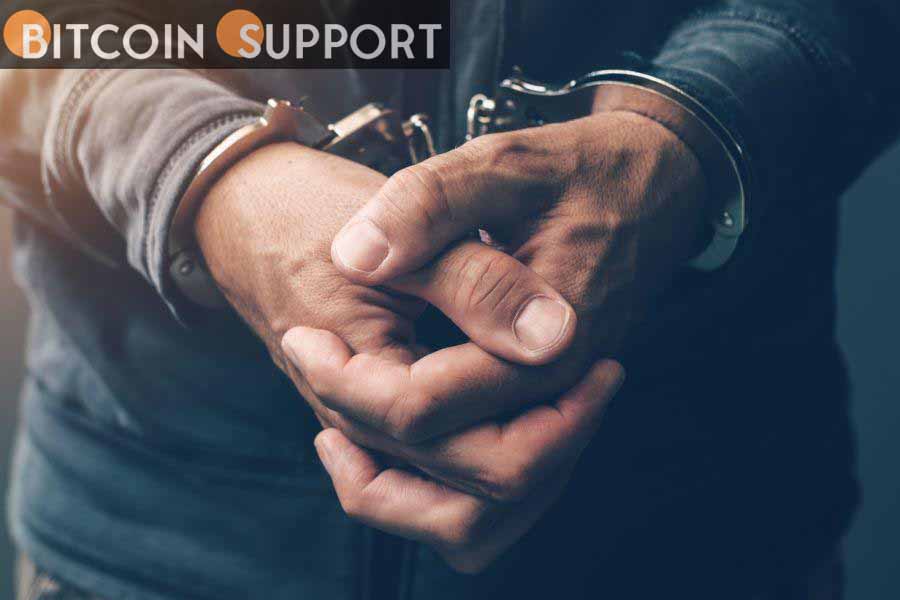 Authorities in Russia have arrested a crypto entrepreneur suspected of embezzling funds and property from an undisclosed cryptocurrency exchange. According to a media report, the detained individual is one of the owners of Wex, the exchange that succeeded the infamous BTC-e.

The Wex Exchange’s Owner Has Been Arrested in Russia

The Russian Ministry of Internal Affairs (MVD) stated Tuesday that law enforcement agents have detained a man accused of stealing financial and other assets from a cryptocurrency exchange. The suspect allegedly had substantial control over cryptocurrency and its movement between wallets.

Investigators suspect he removed and appropriated part of the monies. The individual was detained at the hotel of a private airstrip in the Serpukhov city district of the Moscow region, the news statement stated. He was carrying two suitcases with 190 million Russian rubles ($1.7 million) in cash.

While neither the detained individual nor the exchange were named by authorities, the crypto news outlet Forklog quoted Indefibank CEO Sergey Mendeleev as claiming the man is Aleksey Bilyuchenko, co-founder of Wex, Russia’s once-largest cryptocurrency trading platform, which launched in 2017 as a successor to BTC-e. The latter was shut down earlier that year after one of its accused operators, Alexander Vinnik, was arrested in Greece.

The BBC discovered Bilyuchenko’s ownership of Wex. Another Russian, Dmitry Vasiliev, was the exchange’s official owner. The Polish press reported in September that Vasiliev had been arrested on Aug. 11 at the Warsaw airport and was awaiting extradition to Kazakhstan. He was released and returned to Russia in December.

Wex was purchased in 2018 by Dmitry Khavchenko, a former warrior for Ukraine’s breakaway Donetsk People’s Republic, who subsequently registered the exchange’s operator, Singapore-based World Exchange Services, in the name of his daughter, Daria. Later that year, the exchange declared bankruptcy. According to a group of Wex users’ estimates, the total loss exceeds $400 million.