China is going to display the Digital Yuan at the Olympics 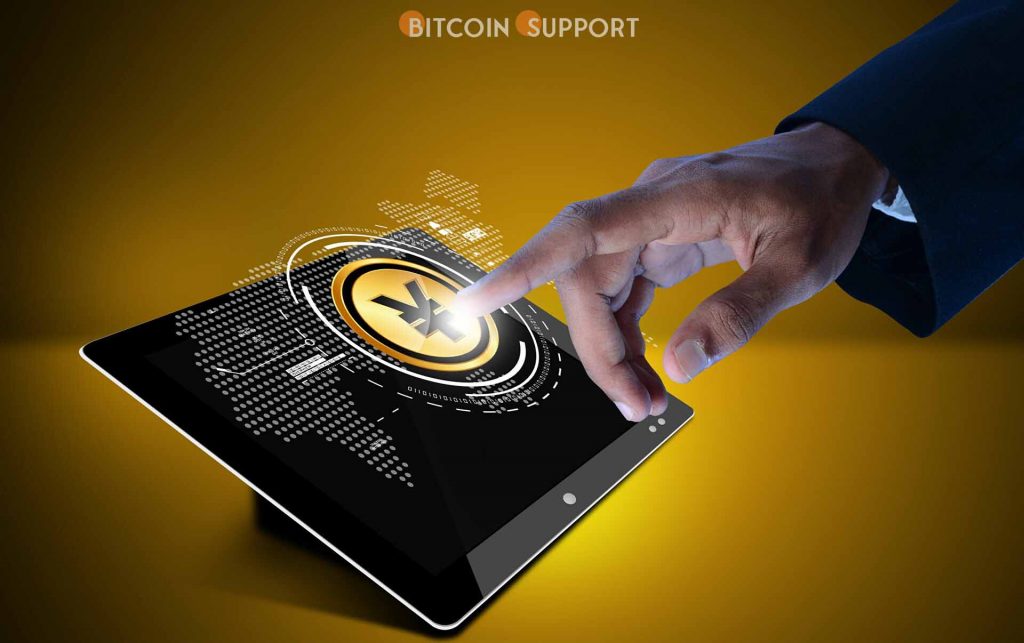 While some are concerned about America falling behind, banks want the Federal Reserve to avoid using digital dollars.

At this month’s Winter Olympics in Beijing, China is vying for more than just medals. It’s also quietly attempting to define money’s future. Attendees can pay vendors for food and souvenirs with a Visa or cash, but they can also hold up a phone, scan a barcode, and pay with “e-CNY,” or electronic yuan, one of the only so-called central bank digital currencies offered by a major economy. 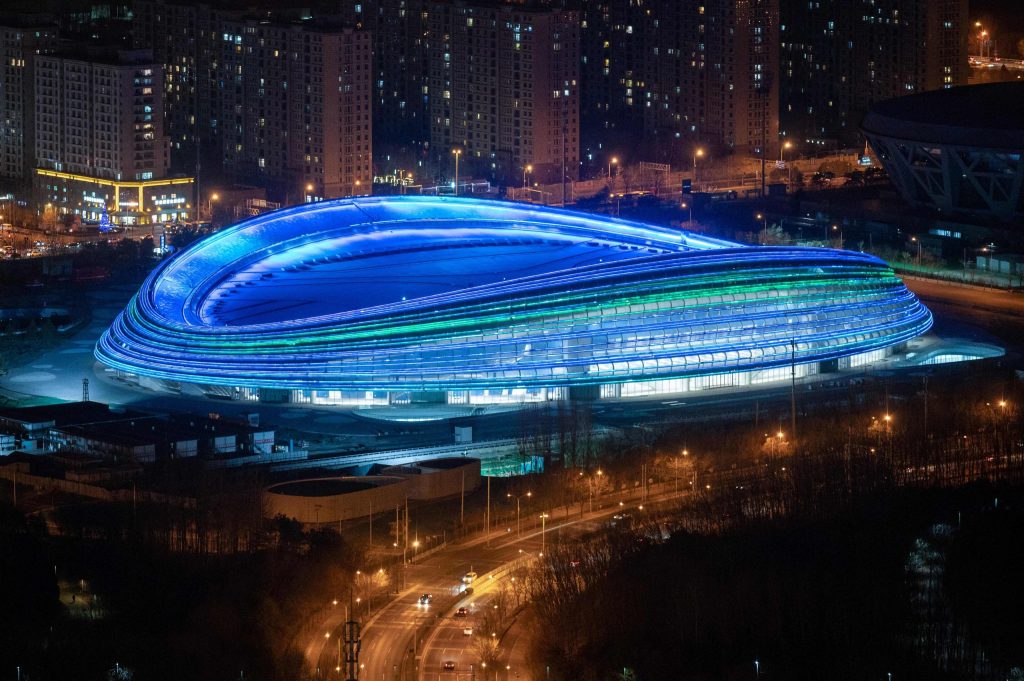 Cai Qianyi, a 42-year-old media professional, used his Android phone to buy roast chicken and broccoli inside the Main Media Centre before the games began. “This is extremely convenient,” Cai remarks. “In comparison to carrying cash, this way allows me to avoid touching currency notes.”

Paying with a phone may appear mundane to many customers. Who hasn’t made a purchase in this manner? To lawmakers and central bankers around the world, China’s trial run appears to be an early victory in what some call a digital space race among countries to create an electronic form of bank notes.

Experts believe that direct access to its citizens’ digital wallets could provide Beijing with a wealth of real-time transaction data and tools to enact policy and expand its surveillance methods. And, while the e-CNY is still in its early stages (transactions totaled the equivalent $14 billion as of the end of 2021), setting standards for digital cash could eventually be a way for China to flex its geopolitical muscle. “The People’s Bank of China is attempting to facilitate a new order for global payments,” says Yaya Fanusie, a former CIA analyst and current fellow at the Center for a New American Security, a think tank focused on foreign policy and national defence.

In the United States, a combination of concern about China and excitement about the potential of digital currencies has piqued the interest of lawmakers from both parties. The Federal Reserve has also been researching the concept. While the distinction between using electronic currency and, say, Apple Pay or Zelle is subtle, a fully fledged central bank digital currency (CBDC) would still be novel.

The majority of the money you deal with is never in the form of paper bills. Instead, it’s a part of the banking system’s intricate web of credit—the money in your checking account is a loan you’ve made to your bank. A CBDC is similar to its paper counterpart. Depending on the technology, it could be an electronic token or an account fully backed by the government’s central bank, eliminating the need for bank failure or deposit insurance. In theory, you could receive, save, and transfer a CBDC without having a bank account, eliminating the need for multiple intermediaries. 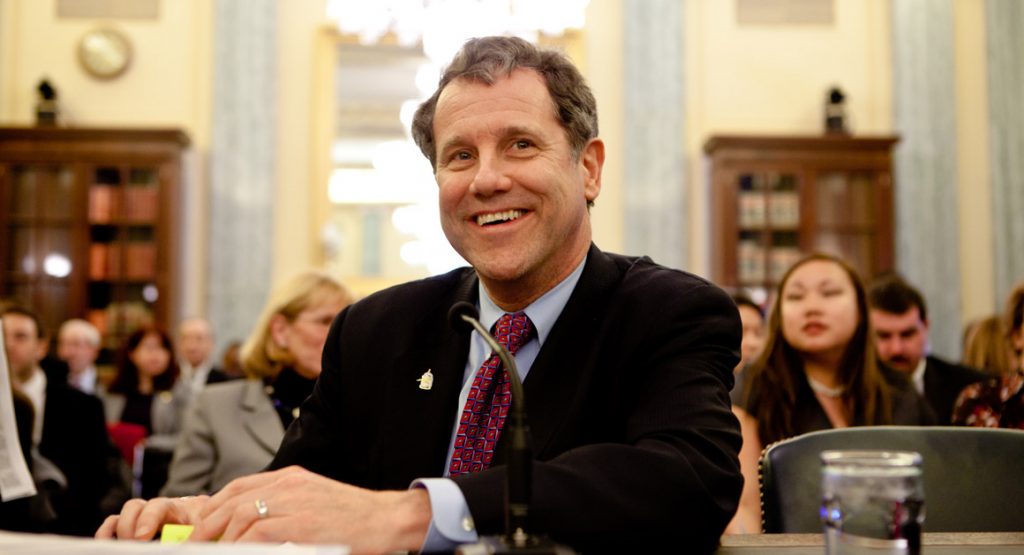 The new form of money may be less expensive than minting physical coins or printing bank notes, and it should be more difficult to counterfeit. Proponents of digital currency believe that a CBDC could be faster and cheaper to transmit, particularly for international payments, which are currently routed through multiple banks. Ohio Democratic Senator Sherrod Brown, who chairs the Senate Banking Committee, has stated that a CBDC could provide Americans who are underserved by traditional banks with access to digital payments.

Consider how CBDCs might have functioned during the pandemic. Instead of taking weeks for last March’s $1,400 stimulus payments to hit a bank account via direct deposit—or longer for people receiving paper checks or prepaid debit cards in the mail—a virtual dollar could appear in a consumer’s digital wallet within hours, according to Josh Lipsky, director of the Atlantic Council’s GeoEconomics Center in Washington. “It’s a faster, cheaper, and safer way of transmitting money between people, as well as between the government and citizens,” Lipsky says.

There is also some fear of missing out among policymakers: if the United States does not offer its own digital currency, people may become more comfortable with alternatives to the dollar. Few currencies can compete with the dollar’s advantages, which range from America’s stable economy to its deep capital markets. However, the proliferation of CBDCs in other countries may one day make it easier to send money across borders without entering the US banking system and potentially falling foul of US sanctions. Then there are the private cryptocurrencies that people are already using, which could make it more difficult for central banks to manage policy and ensure financial stability if they became more widely used.

Despite the hype surrounding CBDCs, some central bankers remain sceptical. Even as late as 2019, many world governments had all but ruled out implementing their own CBDCs. The Financial Stability Board, which helps coordinate financial policy for the world’s largest economies, published a report in May of that year stating that while central banks had identified the risks of creating CBDCs, they had not identified significant benefits.

According to the report, digital currencies in general do not pose a threat to financial stability. “The upshot of that review was that they simply weren’t important,” says Randal Quarles, who chaired the FSB at the time and was on the Fed Board of Governors until December. “They were novelty items—the equivalent of Chia pets in terms of money.”

Less than two months later, a consortium of tech companies led by Facebook and major payment systems such as PayPal and Visa announced the creation of the Libra digital coin. Soon after, the Chinese government announced that it would step up its efforts to develop its digital currency. The two announcements came as a thunderclap to the United States Congress and global financial policymakers. “All of a sudden, the world’s central banks, and especially the world’s finance ministries, went insane and said, ‘We have to get ahead of this.'” “We have to be the ones issuing central bank digital currencies,” says Quarles, now the chairman of private equity firm Cynosure Group.

The Libra project, which has since been renamed Diem, was met with regulatory opposition almost immediately, and its leaders announced its closure in January. But its impact lingered. According to the Atlantic Council, 87 countries were investigating CBDCs as of December, with 14 in the pilot stage, including China, and nine fully operational, including Nigeria.

The Fed issued a 35-page discussion paper in January outlining some of the risks and benefits of a CBDC, asking for feedback by May. On the plus side, the central bank stated that a digital dollar could speed up cross-border payments and make the dollar easier to use in new technology. The Fed, on the other hand, warned that holding a safe digital currency could drain money from banks and raise the cost of credit. The Fed wrote that “a widely available CBDC would serve as a close—or, in the case of an interest-bearing CBDC, near-perfect—substitute for commercial bank money.” It stated that this risk could be mitigated by limiting the amount of digital dollars users can hold or by the central bank not paying interest on them, giving people an incentive to use traditional bank accounts. The Fed also stated that it is preferable for people to access digital dollars through private intermediaries, such as companies that provide electronic wallets.