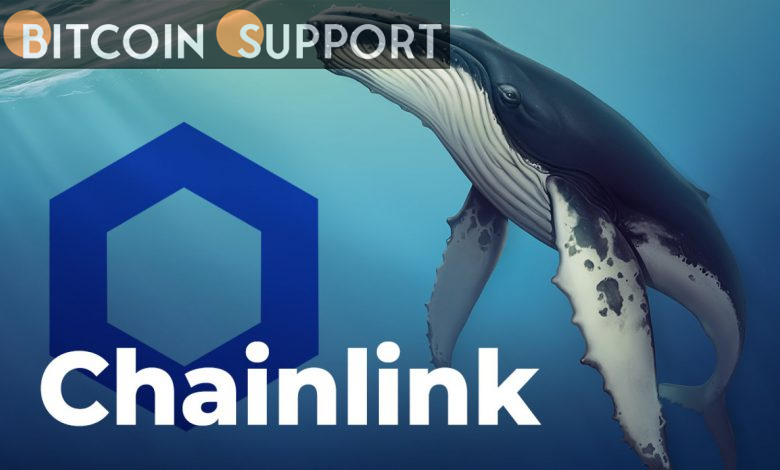 Chainlink’s price has increased significantly in the last 24 hours as a result of increased interest from the largest Ethereum whales.

Chainlink (LINK) has been in high demand among the top 100 Ethereum whales, according to data from WhaleStats. In the last 24 hours, whales purchased an average of 7710 LINK tokens for $105,877. The LINK token has surpassed Shiba Inu (SHIB) in popularity among Ethereum whales. Shiba Inu garnered widespread attention following its recent listing on the Robinhood app, resulting in a 10% price increase in just a few hours.

The Chainlink (LINK) has been in high demand recently among Ethereum whales, as the number of partners continues to grow and its integrations with BNBChain and Polygon benefit a variety of projects.

LINK is on the lookout for bargains.

The majority of buying appeared to be motivated by the token’s recent losses. The token recently reached a one-month low, making it an attractive investment for whales.

Chainlink’s (LINK) monthly price fell to a record low of $13.45 on April 14, attracting the attention of Ethereum whales. The token’s price has increased nearly 5% since then, and was last trading at around $14.

Chainlink’s (LINK) price is still down 1.75 percent in the last 24 hours and nearly 11% in the last seven days, according to CoinMarketCap. Since the beginning of April, the Chainlink token’s price has been declining. However, trading volume has significantly increased from these lows, implying a rally in the coming days.