Celo plans to implement Uniswap V3 on its local blockchain 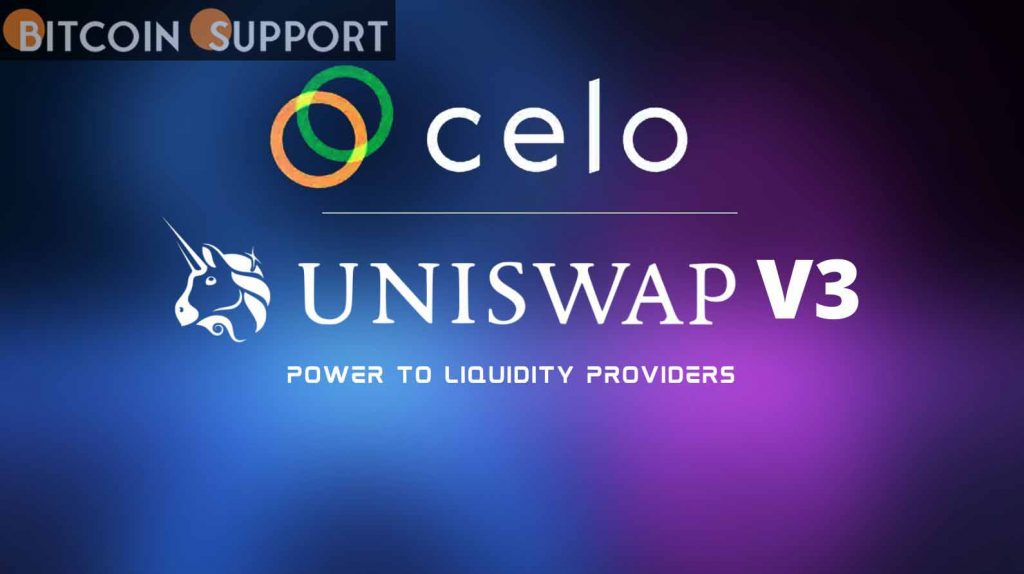 Celo’s goal with the assistance of Uniswap is to encourage green use cases and rebalance its treasury with green asset-backed tokens.

In the Uniswap governance forum, a new community proposal was submitted to deploy the protocol on the Celo blockchain, which is a mobile-first, carbon-neutral, and Ethereum Virtual Machine compatible network.

The new concept was developed on behalf of the University of Michigan’s Blockchain Initiative, in collaboration with the Celo Foundation and the Celo Climate Collective. When Uniswap is implemented, it will be available to roughly six billion mobile phone users. Uniswap and other decentralised exchanges are currently supported via an in-app browser in the MetaMask mobile app.

The Celo foundation will invest $10 million in Uniswap-specific user incentives and grants, in addition to $10 million in financial incentives for Uniswap. The primary objective of deployment would be to establish green asset liquidity pools that are backed by natural capital assets such as tokenized carbon credits. Additionally, the foundation intends to introduce nature-backed assets such as land and forests to Celo in the near future.

Celo Foundation intends to rebalance its reserves through the use of natural blacked assets and the decentralised system of Uniswap. Currently, the foundation relies on centralised exchanges for rebalancing; however, existing exchanges do not accept green assets, emphasising the importance of Uniswap.

The organisation has been trying to promote the adoption of natural capital-backed currencies and thinks that their recent partnership with Uniswap will assist them in accomplishing that aim.

The proposition is out for vote through Sunday. According to an early overview of current votes, the initiative has garnered 100 percent support. Once deployed, the Celo foundation intends to expand the number of green use cases supported by Uniswap. 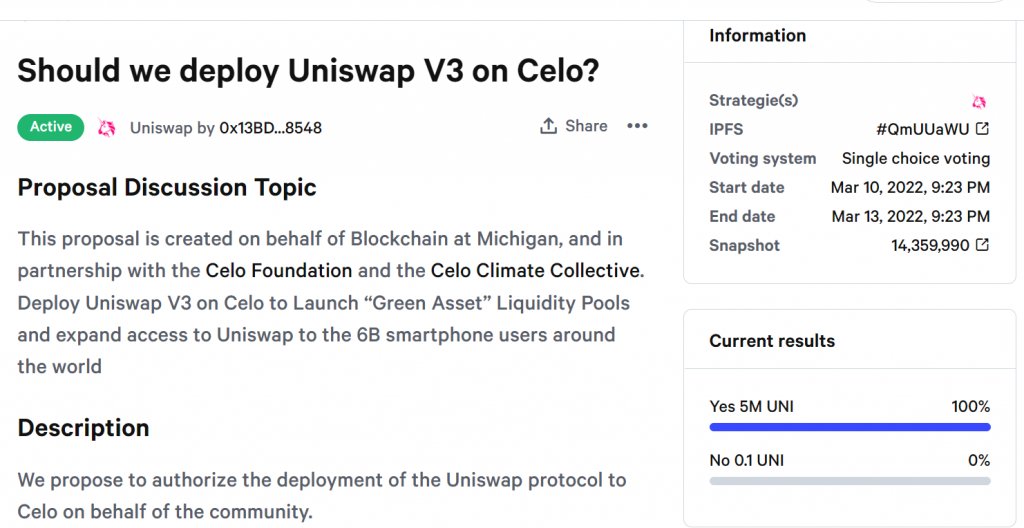 Celo is a blockchain in development with an emphasis on Environmental, Social, and Governance (ESG) aims. On the other side, Uniswap is a market leader in the DeFi ecosystem, facilitating billions of daily transactions. Additionally, the DeFi protocol facilitated donations to the Ukrainian government by establishing an altcoin swap interface.