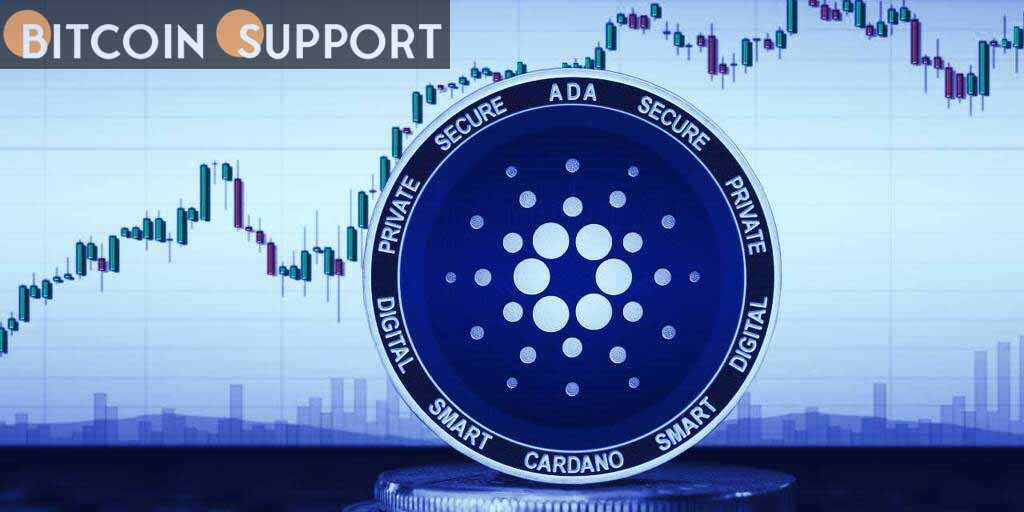 Cardano’s (ADA) price has been steadily increasing over the weekend, with considerable gains. The upswing encounters resistance near $1.01 and has retraced 20% to test the $0.81 lows. However, ADA price continues to respect the ‘dual support’ level near $0.80, indicating that the asset is preparing to move higher in the near future.

If the price maintains the session low, it will first challenge the March 3 highs of $0.96. The price movement will put the bull’s patience to the test, and it is possible that the price will continue to move higher in order to breach the psychological $1.0 level.

Since February 21, ADA has found reliable support near $0.80, briefly breaching the level on February 24. 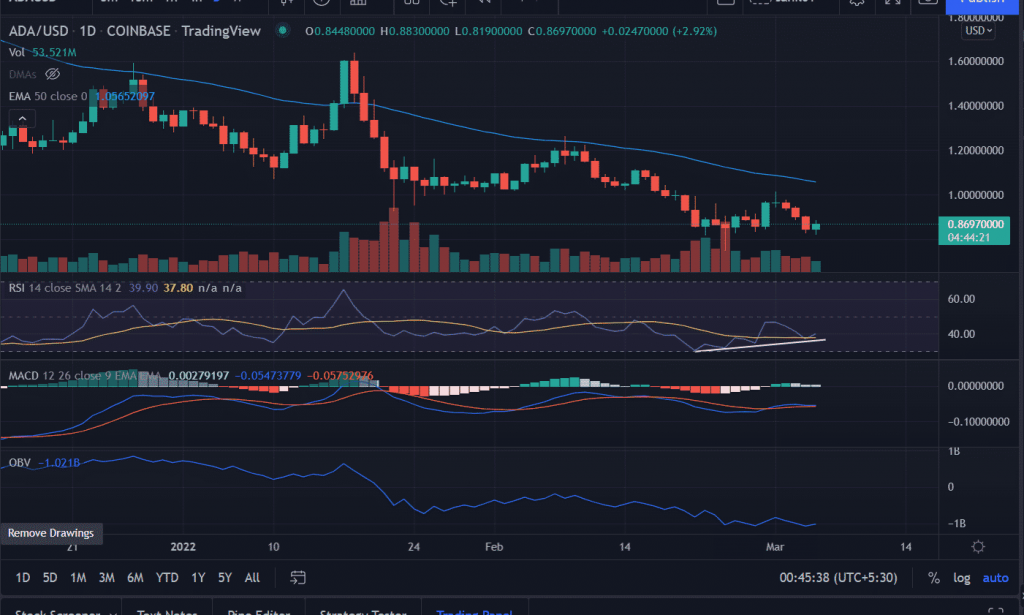 RSI: The daily Relative Strength Index (RSI) exhibits a positive divergence on the daily chart since February 22. Currently, reading at 38 with a positive bias.

MACD: The Moving Average Convergence Divergence (MACD) indicator remains below the midline with no discernible bias in either direction.

OBV: The Balance Volume indicator has been trading in the negative territory since January 22 and shows no signs of turnaround.

On the flip side, a shift in the bullish sentiment could exert downside pressure on ADA price with the immediate target at January lows of $0.74.

Additionally, the price is continuing to trade below the 50-day Exponential Moving Average (EMA) of $1.05.

From February 28, the ADA price increased by more than 20% in an attempt to breach the psychological $1 barrier. The bulls, on the other hand, lack conviction, resulting in a regression. The pullback has been halted until ADA establishes a firm support level near $0.80.

A resurgence of buying pressure from this area will be critical in initiating a move back to $1, followed by the $1.20 upside barrier.