Bitcoin’s price has dropped to $43.5K, but data and the market structure of the cryptocurrency indicate that it is still strong 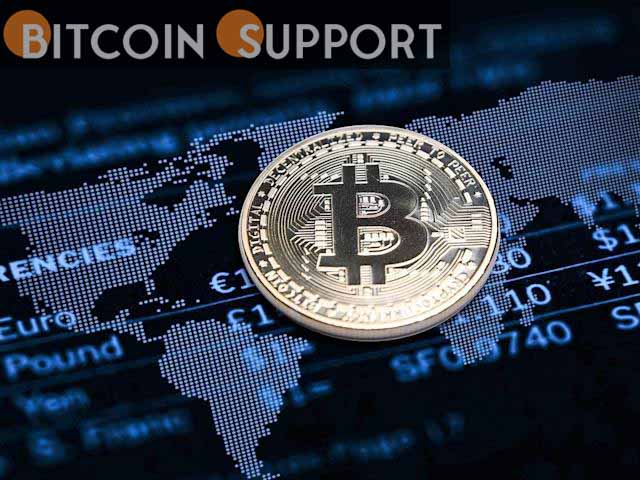 The price of bitcoin dropped sharply below a critical support level, but evidence suggests that today’s drop could be another buying chance for bulls.

Bitcoin (BTC) has been unable to break through the $47,000 resistance level, and despite today’s slide below $44,000, the market structure remains robust.

Much has changed in that time, and there is clear evidence from other parts of the industry. MicroStrategy, a commercial software development corporation, disclosed the purchase of 4,197 Bitcoin between February 15 and April 2, 2022.

According to Glassnode data, inflows to Canadian Bitcoin exchange-traded funds (ETF) also touched an all-time high. Since January, these Canadian investment vehicles have raised their holdings by 6,594 BTC, bringing their total to 69,052 BTC under management, a new high. The Purpose Bitcoin ETF, a spot product, presently has assets at $1.68 billion.

Terra’s Luna Foundation Guard (LFG) is one of the most recent buyers, with a goal of acquiring $3 billion in Bitcoin as a reserve for the TerraUSD (UST) stablecoin.

According to CoinMetrics, the active 1-year Bitcoin supply fell to 36.8% on April 5, the lowest level since September 2010.

The graph depicts how “diamond hand” coin holders have not transferred their coins in the last year.

Traders are uneasy near $47,000, according to futures markets

Let’s look at Bitcoin’s futures and options market data to see how professional traders, such as whales and market makers, are positioned. The difference between longer-term futures contracts and current spot market levels is measured by the basis indicator.

The yearly premium on Bitcoin futures should be between 5% and 12% to compensate traders for “locking in” their money for two to three months until the contract expires. The figures below 5% are quite pessimistic, while the values above 12% are extremely bullish. 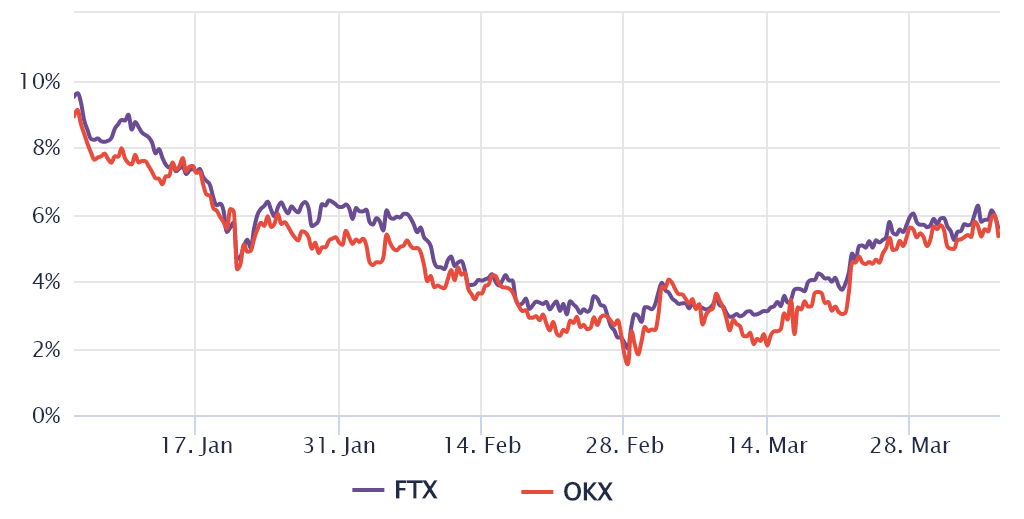 The preceding data illustrates that this metric fell below 5% on February 11, indicating a lack of demand for leveraged long (bull) bets among traders. After the base rate regained the “neutral” 5 percent barrier on March 26, the mood altered. Despite this, pro traders are showing no signs of confidence, according to the futures premium.

Downside risk is a concern for option traders

Bitcoin now lacks the strength required to break through the $47,000 barrier level, but traders can utilise derivatives to measure professional investor sentiment. When arbitrage desks and market makers overcharge for upside or downside protection, the 25 percent delta skew is a telltale sign.

The skew indicator will rise above 10% if those traders fear a Bitcoin price fall. The skew in broad excitement, on the other hand, is negative 10%.

Since March 9, the skew indicator has fluctuated between 0% and 8%, according to data. These options traders are overcharging for downside protection, but not indicating anxiety. There is a little increased danger of surprise downward price fluctuations in the BTC options markets.

For bulls, the neutral-to-bearish Bitcoin futures data presents an intriguing opportunity. Most investors will be surprised if the $47,000 resistance level is broken. That occurrence will have two favourable consequences: a short squeeze in derivatives markets and more room for purchasers to leverage futures.

Traders would have a substantially higher cost to add long (bull) positions if Bitcoin’s futures premium had been above 10%. Because of the sound market structure, which is distinguished by the absence of abnormal buyers’ leverage, bulls appear to be more prepared to deal with the $47,000 price resistance, and this provides improved prospects of success.