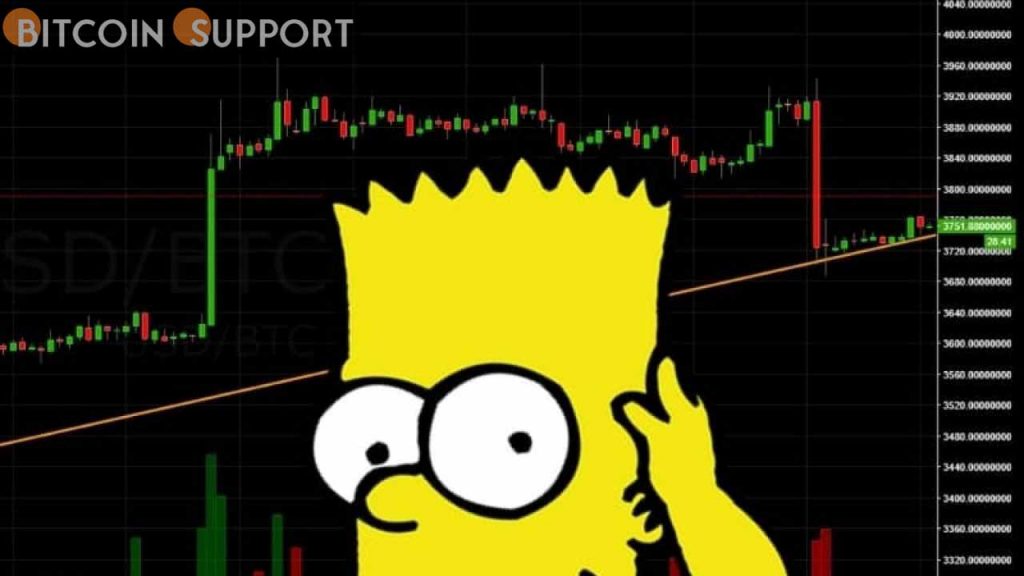 An uptick in Bitcoin price action is accompanied by more than $200 million in daily crypto liquidations.

On March 10, Bitcoin (BTC) reversed in traditional form after bulls failed to hold higher levels for a second time.

Bart has returned to the Bitcoin chart.

The pair had managed to break beyond $42,000 before consolidating, but a lack of support meant a return to its prior trading zone below $40,000 was the unavoidable result.

Such “Bart” formations had shown multiple times in recent weeks, highlighting the difficulty faced by a market that had been locked in a trading range for months.

Those anticipating for a continuation of the uptrend were thus disappointed, with cross-crypto liquidations totaling $211 million in the 24 hours leading up to the time of writing, according to data from analytics resource Coinglass.

“Fried bulls this morning,” tweeted popular trader Crypto Ed, who had predicted the end of the rally at Wednesday’s highs.

“This is PP Ping Pong, not PA.” And certainly, Asians are always good at Ping Pong,” he continued, referring to the “Bart’s” up and down slopes during Asian market hours.

Meanwhile, the US consumer price index (CPI) data for February is set to be released on Thursday, with inflation expected to remain high at 7.9% year-on-year.

“The CPI statistic comes out tomorrow, and the FOMC meeting is in less than a week (March 15 & 16),” tweeted trader and analyst Matthew Hyland on Wednesday.

I expect volatility ahead, but increased certainty as a result pic.twitter.com/YCZNecjt9X

Key resistance levels for BTC/USD to overcome, as well as support between $36,300 and $33,000, were highlighted in an accompanying chart.

In a copycat U-turn, altcoins

Bitcoin’s volatility has also taken a toll on cryptocurrencies, with Ether (ETH) falling 5.1 percent to less than $2,600.

Many of the top ten cryptocurrencies by market cap were also down on the day, however Terra (LUNA), a prior high flyer, managed to hold near $100 highs. 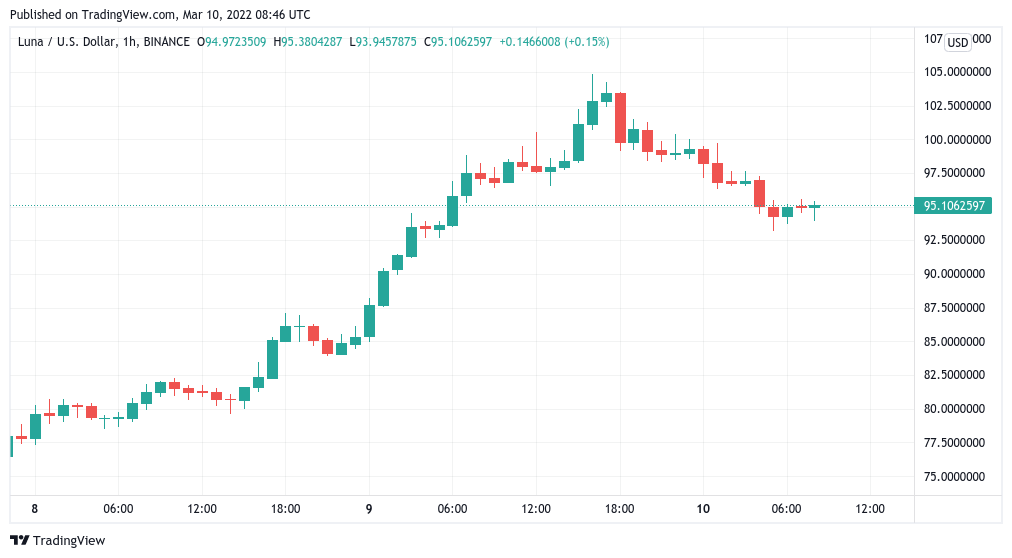