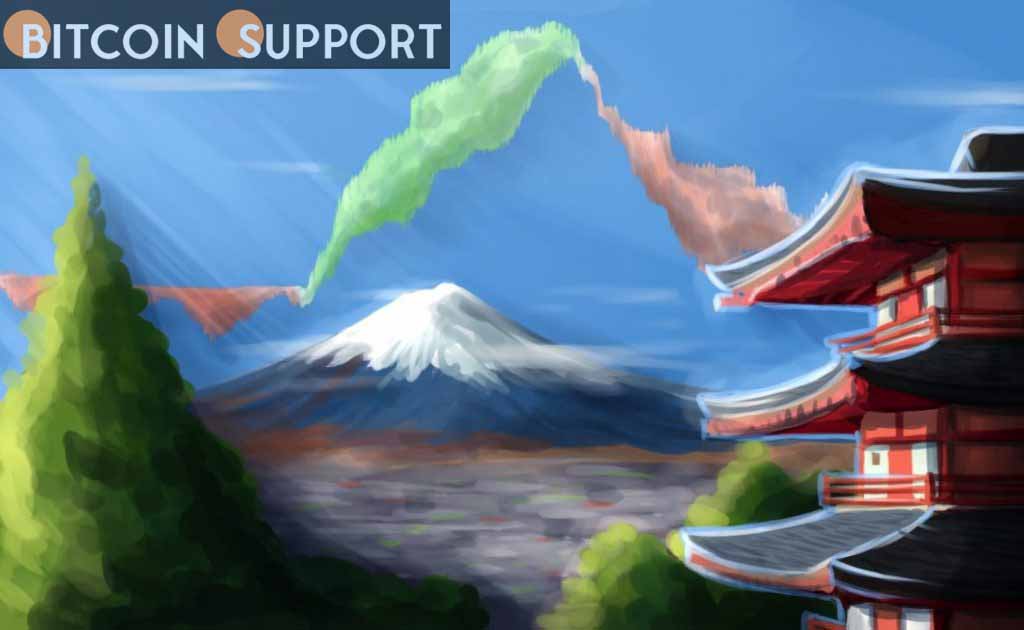 While bitcoin’s cloud breakout suggests additional gains ahead, one observer argued that the increased geopolitical risk necessitates a tight stop loss on all crypto investments.

According to Fairlead Strategies, Bitcoin appears to have turned a corner and could continue to gain momentum in the short term, citing a widely used technical instrument called Ichimoku cloud.

Katie Stockton, founder and managing partner of Fairlead Strategies, said, “Bitcoin has passed resistance outlined by the daily cloud, and it is likely to confirm its breakout upon today’s close.” Despite trading slightly lower on Wednesday, bitcoin managed to close above the cloud at UTC, confirming a bullish trend reversal.

“Based on the 200-day moving average (MA) and a 50% retracement level, the breakout reverses the intermediate-term downtrend and places the next big hurdle on the chart in the $50,000-$51,000 range,” Stockton noted.

The Ichimoku cloud was invented by Japanese journalist Goichi Hosoda in the late 1960s and consists of two lines: the leading span A and the leading span B. To show future support or resistance, both lines are displayed 26 days ahead of the last candle.

The indicator plots these lines using a complicated formula. Users, on the other hand, are not required to understand the inner workings of the indicator, as this is handled by chart providers, and may instead focus on deciphering the signals provided by the indicator.

Crossovers above or below the cloud are commonly regarded as early indicators of a bullish or bearish trend change. 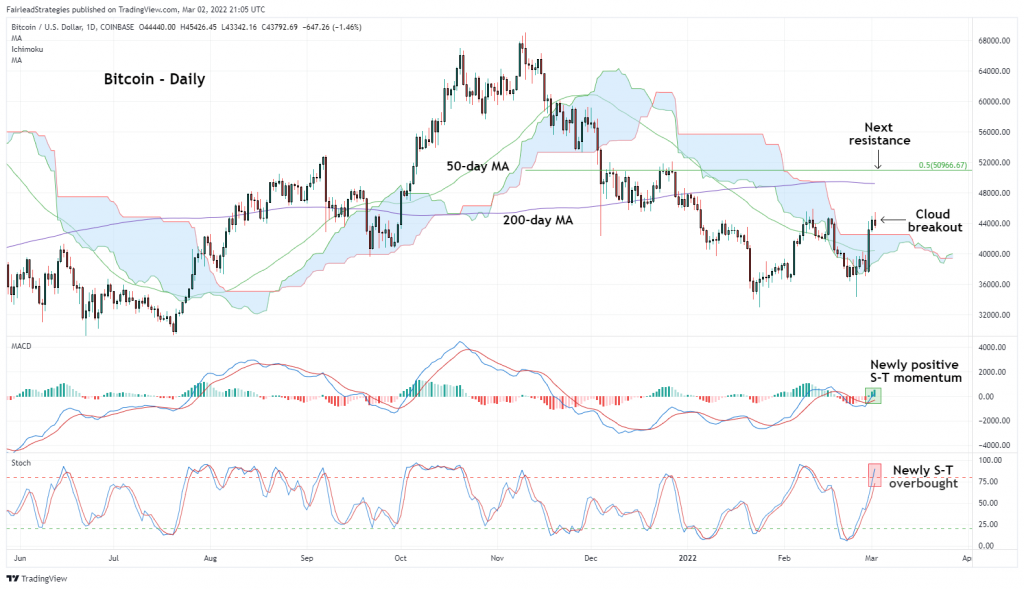 The most recent breakthrough is supported by a MACD histogram reading that is above zero or bullish. Stockton stated, “Our short-term gauges are pointing higher.”

So far, the breakout has failed to materialise, with the cryptocurrency currently trading around $43,400, down 1% on the day. The stochastic on the daily chart is on the verge of flashing an overbought signal, indicating the possibility of a temporary consolidation before a move higher.

“We would hold a tight stop loss for any cryptocurrency trades in this situation,” Stockton said, adding that the daily cloud can now provide support.

Bitcoin has risen almost 25% since hitting lows under $34,500 a week ago, owing to rising demand from Russia and Ukraine, according to reports.

Russians have gained control of the Ukrainian port city of Kherson, according to the latest reports, and a Ukrainian delegation is on its way to Belarus for the second round of ceasefire talks with their Russian counterparts.