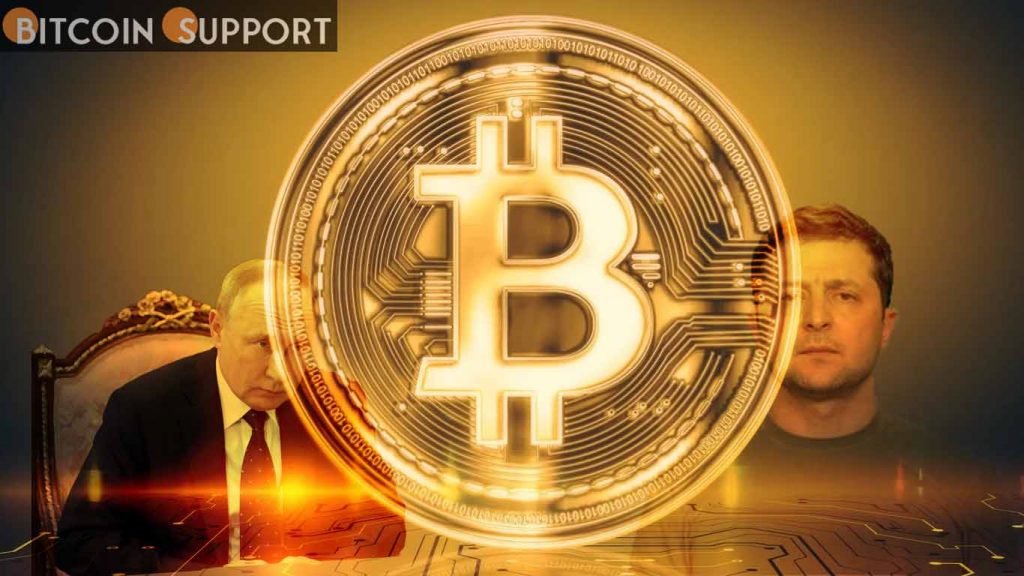 Bitcoin demonstrates its penchant for peace once again, as hope for a speedier resolution to conflicts propels the BTC price above $40,000.

Bitcoin (BTC) experienced immediate volatility on March 11 on optimism that the Russia-Ukraine issue could be resolved diplomatically. 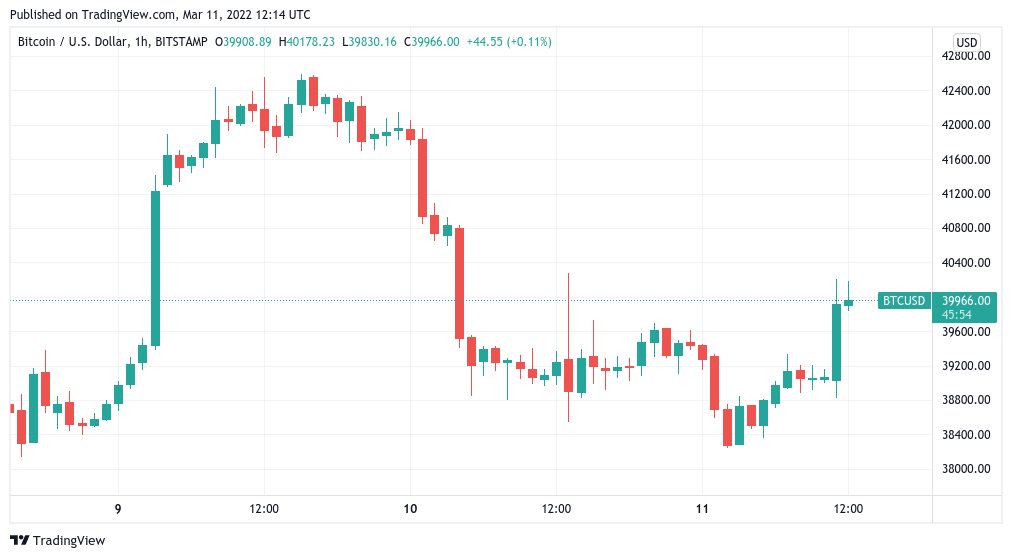 As hope grows, so do Bitfinex shorts.

BTC/USD temporarily surged $1,400, according to data from TradingView, before retreating to stabilise below $40,000 on Friday.

The decision follows recent remarks by Russian President Vladimir Putin, who stated at a meeting with Belarusian counterpart Aleksandr Lukashenko that the Ukraine dynamic had seen “good developments.”

“There are some good moves, our negotiators tell me,” he was cited as saying by Reuters and others.

Bitcoin, which is already notorious for its aversion to escalating violent conflicts, soon recovered in lockstep with the European and US financial markets. Germany’s DAX index rose 2.6 percent in response to the news, while S&P 500 futures were up 1.1 percent ahead of Wall Street’s opening bell.

At the time of writing, volatility remained elevated on BTC/USD, with bulls attempting a more convincing break of the $40,000 resistance.

At the time of writing, these were continuing growing, observable on both daily and shorter timescales, and at their greatest level since July 2021. 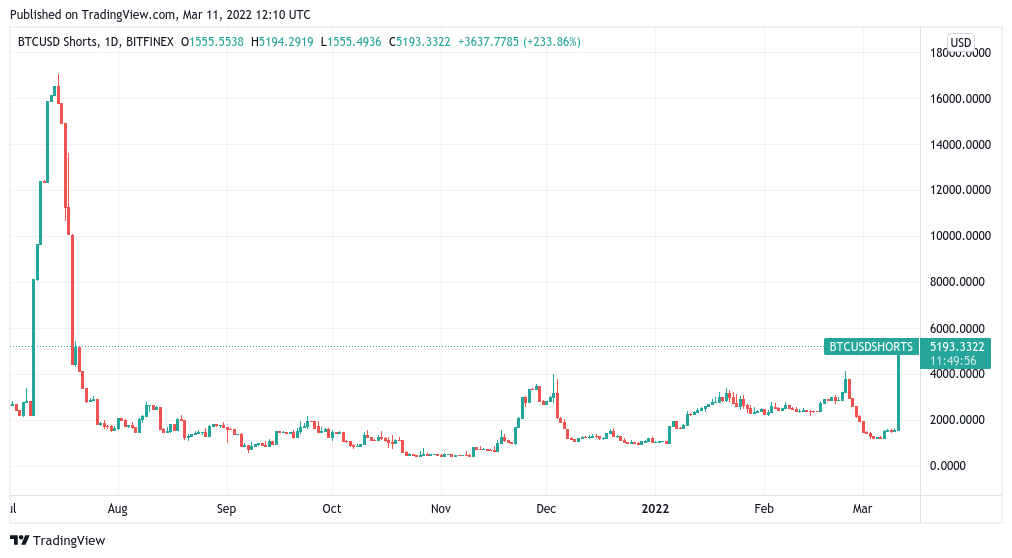 The advance to local highs of $40,200 resulted in a moderate liquidation of short positions on derivatives platforms, according to data from tracking service Coinglass.

Bitcoin remained well below the upper end of its established trading range, with the area over $42,000 proving impossible to hold for an extended period of time throughout 2022.

However, the recent price action benefited some traders, with popular Twitter account Anbessa informing followers that everything was going according to plan.