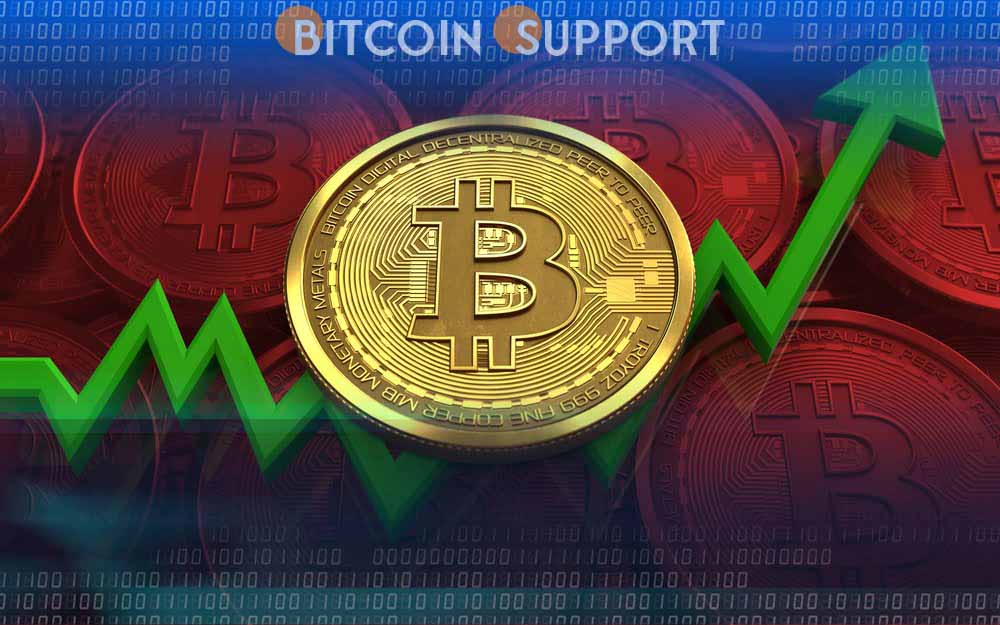 Since the beginning of the week, the price of bitcoin (BTC) has been rising, with traders now keeping a watch on developments in Ukraine as well as the US Federal Reserve’s (Fed) next step to combat high inflation. Although unrelated to bitcoin and the digital asset area, any Fed measures and events in Ukraine are seen as critical to the stock market’s near- to medium-term success. Because equities and bitcoin are becoming increasingly connected, changes in the larger economy are expected to have an impact on bitcoin’s trajectory.

On Monday, Mohamed El-Erian, a well-known economist and President of Queens’ College, Cambridge University, commented on the current state of the stock market on CNBC, saying that “European markets are very worried” about an escalation of the conflict in Ukraine, with a potential Russian invasion being the most serious outcome.

“There is a substantial risk-off tone because of the impact on energy,” El-Erian said, adding that energy has “one of the most important stagflation influences on the economy,” and that further stagflation is “the last thing we need.”

When economic stagnation – or a lack of growth – is combined with excessive inflation, the phrase stagflation is used.

Fears of an invasion have subsided slightly as of Tuesday morning, when Russia’s foreign minister, Sergei Lavrov, was cited by Russian news agency TASS as stating concerning ongoing diplomatic negotiations, “I don’t think our possibilities have been exhausted.” He did add, however, that diplomatic talks “should not go on indefinitely.”

According to TASS, Russian Foreign Minister Sergei Lavrov made his remarks on the same day that Russian Defense Minister Sergei Shoigu announced that some military training near Ukraine’s borders are coming to a stop.

According to CNBC, the stock market rose in response to the remarks on Monday. Bitcoin, on the other hand, had a mixed performance around the same time, before surging higher later that night in the United States.

According to Interfax, when the planned manoeuvres were completed, some troops began retreating from Crimea and returning to their bases. Russian Defense Ministry spokesperson Igor Konashenkov was cited as saying.

In an effort to avoid further escalation and a potential conflict, German Chancellor Olaf Scholz flew in Moscow on Tuesday to meet with Russian President Vladimir Putin. Sholz wanted to “drive home the message from the West that they are open to negotiate about Russia’s security concerns but will impose sanctions if it invades Ukraine,” according to Aljazeera.

To hike or not to hike, that is the question…

Meanwhile, reports began to circulate in the Cryptoverse last Friday that the Federal Reserve had convened a ’emergency meeting’ for the following Monday to discuss interest rates in the United States, with some speculating that the meeting meant the Fed will announce a rate hike this week.

However, no such statement has been issued as of yet. Moreover, some members of the crypto community pointed out that the meeting, which was formally described as being held under “expedited protocols,” is actually a very common occurrence, and that the Fed held a similar meeting in January.

In a blog post published on Monday, Nik Bhatia, a finance professor at the University of Southern California and author of the famous bitcoin book Layered Money, wrote:

“Now that the emergency rate hike for Valentine’s Day has been ruled out, markets will be focused on whether the first boost will be 25 or 50 basis points.”

It doesn’t matter if the increase is 0.25 percent or 0.5 percent, according to Bhatia, because what matters is that:

“Rates will rise, the yield curve will invert, and the Fed will have to reverse course at some point.”

“I believe we should front-load more of our projected reduction of accommodation than we have in the past.” “Inflation has shocked us to the upside,” Bullard said, before emphasising once more:

“This is a significant amount of inflation.”

The St. Louis Fed President went on to say that the central bank’s “credibility is on the line,” and that action is required. “However, I believe we can do it in an organised and non-disruptive manner,” Bullard added.

The index was just over USD 4,400 after Monday’s finish on Wall Street, down 0.38 percent for the day.

The bank’s aim has been lowered as a result of its new forecast that the Fed will raise interest rates seven times this year, rather than the five it predicted previously.

“This year’s macro background is significantly more difficult than it was in 2021. According to Business Insider, the bank wrote in a note to customers that “we continue to expect equities prices to climb alongside earnings and reach a new all-time high in 2022.”