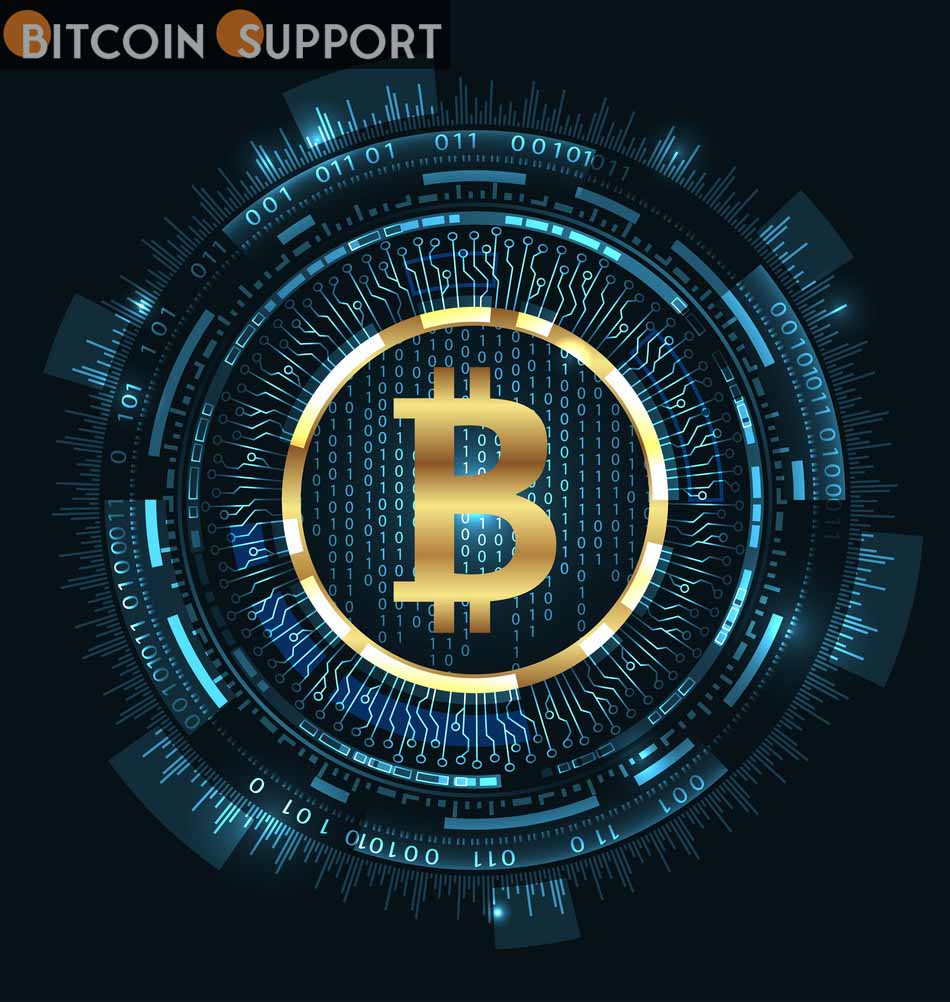 Bitcoin’s situation remains unstable this week, with no definite recovery forecasts in the near term. This week, Bitcoin (BTC) is putting traders on the edge of their seats as support levels approach dangerously close to being broken. 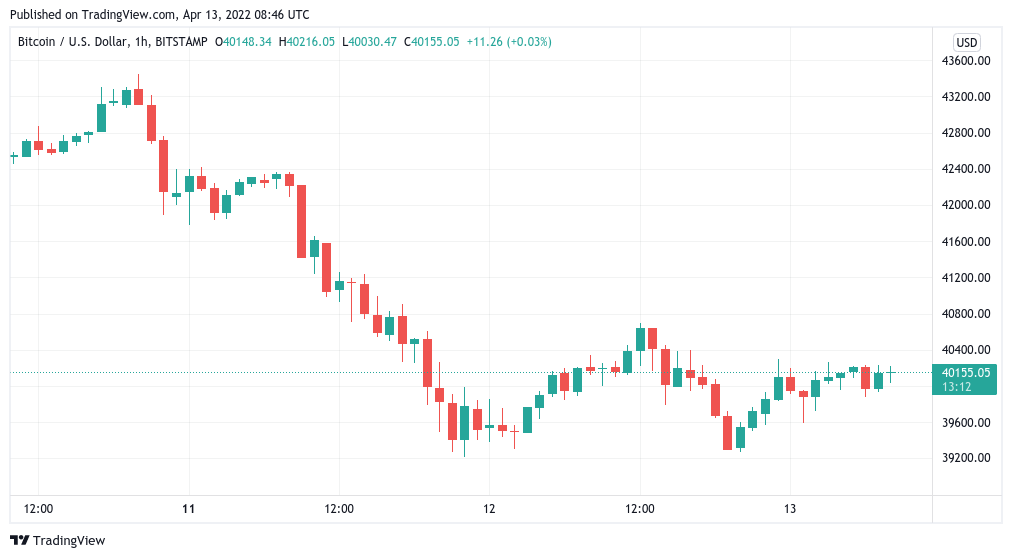 Traders are lining up targets below $40,000 as well

Lines in the sand below $40,000 barely hold intact after several retests, according to data from TradingView.

As Bitcoin’s macro-fueled slump continues, the $40,000 level has been working overtime in recent days. BTC/USD has lost virtually all of its gains from the second half of March, following in the footsteps of tech stocks. Now, the $30,000-$40,000 range has resurfaced as a short-term target, and Bitcoin could repeat its performance from the first quarter of this year.

One from last month’s drive higher, $39,600, is a level of interest that bulls are just about managing to defend despite repeated crossings below.

Whale buying zones could operate as a safety net below that, according to Whalemap, an on-chain monitoring resource. Popular trader Crypto Ed, on the other hand, sees $38,600 as a short-term bounce region, highlighting the scepticism about how far Bitcoin can fall.

Arthur Hayes, the former CEO of BitMEX, anticipates the largest cryptocurrency to trade at $30,000 in June. On longer timeframes, analyst Kevin Svenson is looking at the 600-day simple moving average (SMA) as a critical support line that is currently being retested in what might be a major event.

“Since the COVID-19 meltdown, BTC has not closed a daily candle below the 600d/SMA,” he said. 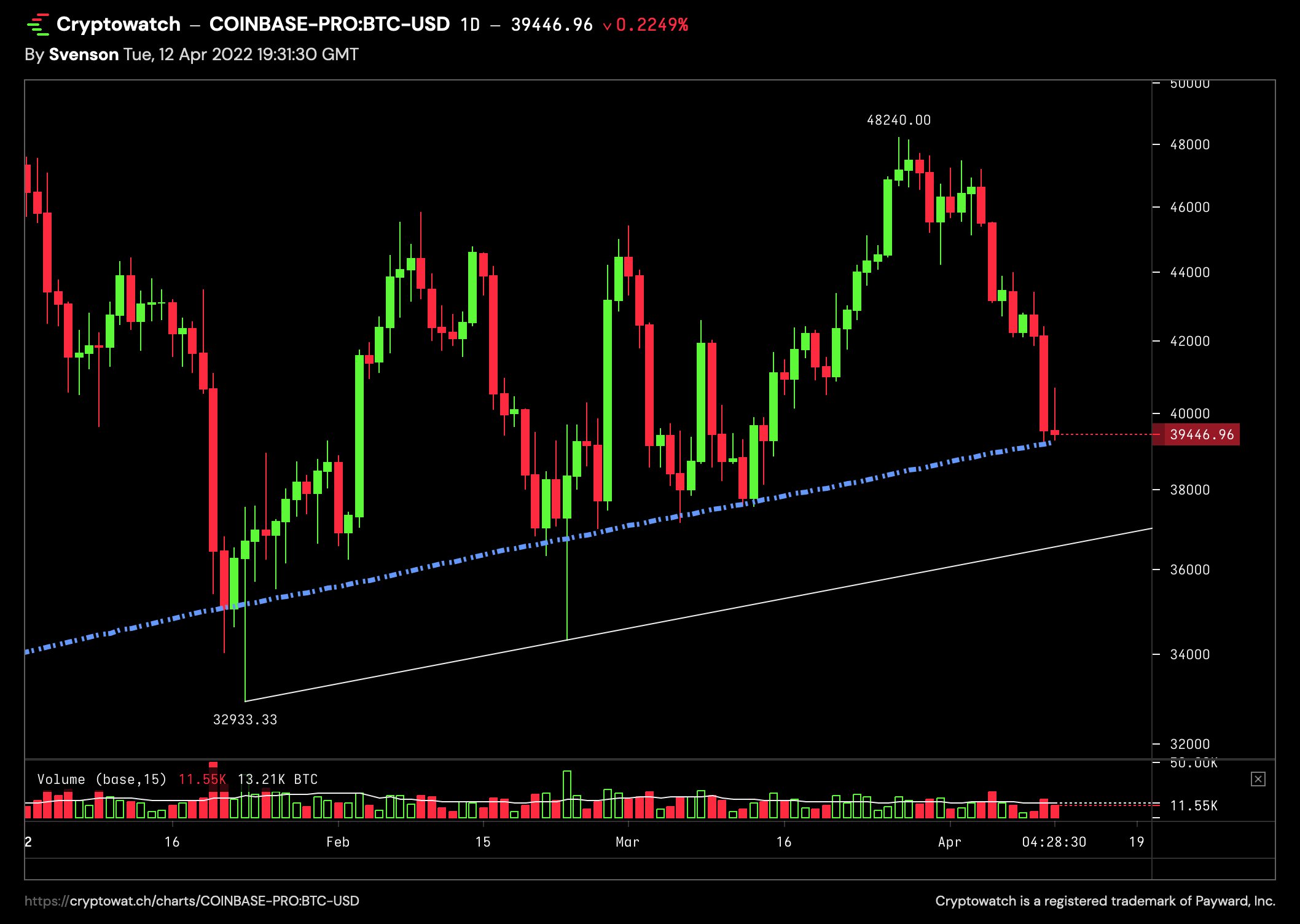 It’s business as usual for the newest big-time Bitcoin buyer on the block, however.

The Luna Foundation Guard (LFG), a nonprofit organisation linked to the Blockchain system Terra, added another 2,500 BTC ($100.4 million) to its holdings on Wednesday, according to data from its wallet. Terra now has 42,400 BTC ($1.704 billion) in its possession, just 800 BTC less than Tesla’s corporate treasury allocation.

So far, the purchases have been costly. Terra’s stockpile, which was approximately $200 million in profit before the recent Bitcoin price drop, is now nearly $100 million in the red. Terra’s wallet is the 18th largest on the Bitcoin network, and its contents are planned to grow “in perpetuity,” as Terra co-founder Do Kwon revealed, as the firm wants to support the growing supply of its TerraUSD (UST) stablecoin.