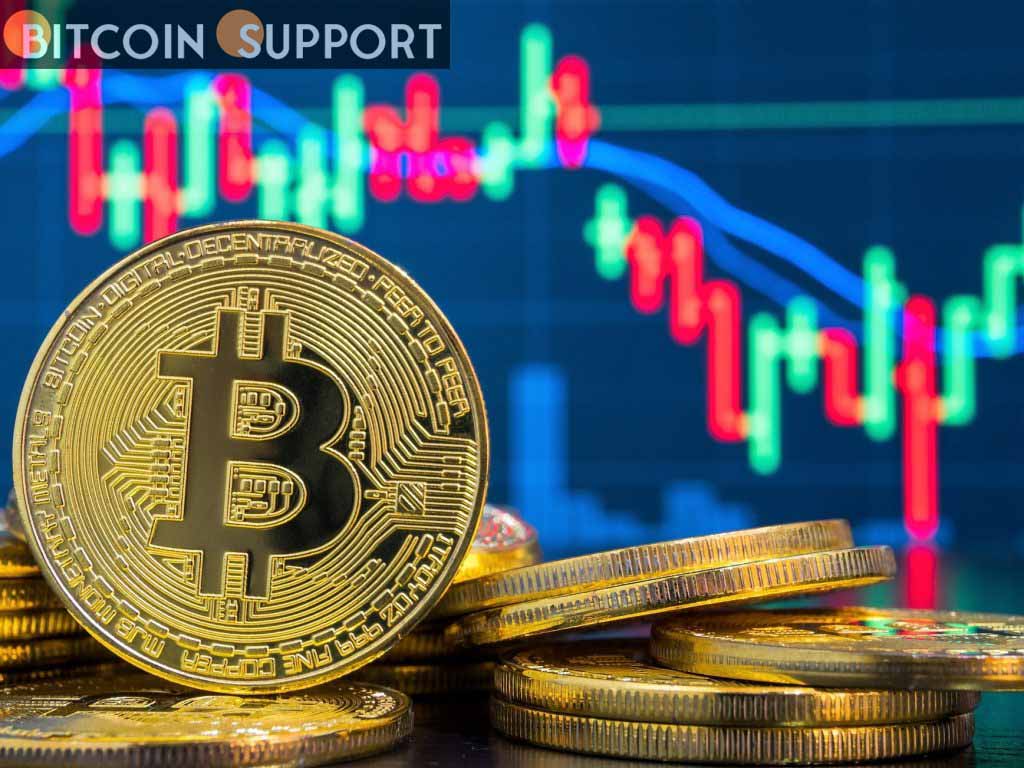 The announcement comes as Fed Chair Jerome Powell maintains the door open for a 0.5 percent rate hike this summer, while Fitch Ratings warns of a significant drop in the US economy (GDP).

According to prominent analyst Bitcoin Jack, Bitcoin (BTC) has the potential to become a “excellent bet” for investors if the Federal Reserve does everything it can to keep the US economy afloat in the face of imminent recession concerns.

The independent market analyst compared the flagship cryptocurrency, dubbed “digital gold” by its supporters, to the prospect of more quantitative easing by the US central bank, noting that the ongoing military standoff between Ukraine and Russia had clogged the supply chain of essential commodities like oil and wheat, causing higher global inflation.

For example, in February, consumer prices in Europe increased 5.8% year over year, up from 5.1 percent the previous month, exceeding the median economist expectation of 5.6 percent in a recent Bloomberg survey.

Surprisingly, the energy industry threw expectations off by showing a 31 percent increase in costs, far greater than food and services.

Similarly, in January 2022, the US consumer price index (CPI) increased by 7.5 percent year over year, reaching its highest level in nearly four decades.

The persistent inflationary concerns of the Russia-Ukraine situation may leave the Fed with two options, according to Jack.

First, they might raise interest rates aggressively to reduce inflation, increasing the likelihood of a recession. Alternatively, they might continue with their quantitative easing program, burdening the economy with increased consumer prices and a weaker purchasing power of the US dollar.

“If easing continues and inflation rises, Bitcoin and gold appear to be solid bets as long as a recession or crash is avoided,” Jack tweeted on March 2.

“However, if practically everything crashes, you can buy the phoenixes that resurrect from the ashes.”

Powell has hinted at rate hikes that will be forceful.

Powell stated that the Fed had been considering raising rates in a row for the remainder of 2022. However, Russia’s recent invasion of Ukraine has led them to “move cautiously along the lines.”

During his hearing before the House Financial Services Committee on Wednesday, he said, “We’re going to avoid adding confusion to what is already an exceptionally tough and uncertain situation.”

Powell did not rule out the idea of raising interest rates by a half-percentage point if the next CPI readings are higher than expected. Excerpts:

“We would be prepared to respond more aggressively if inflation came in higher or was more persistently high than that.”

The narrative of Bitcoin as a safe haven persists.

Following Powell’s speech, bitcoin fell by more than 2% to below $43,000 on Thursday.

The move lower looked to be in contrast to a 0.25 percent rise in the US dollar index (DXY) during the same time period, implying that global investors were flocking to the greenback’s safety in the face of persistent economic and geopolitical turmoil. Early this week, demand for Bitcoin was buoyed by a desire for safe-haven assets. On Feb. 28, BTC’s price rose by a little more than 14.50 percent in a single day, the largest one-day gain in a year.

According to an Arcane Research analysis, the BTC price increase was caused by Ukrainians wanting “strong fundraising tools” and Russians attempting to dodge “the toughest capital controls in decades.”

“This conjecture may have contributed to the 15% gain in bitcoin price over the last seven days,” Arcane Research stated on March 1, predicting that BTC/USD may reach $47,000 in the near future.

Similarly, according to the latest CoinShares report, Bitcoin-based investment vehicles received $195 million in capital inflow from January to February.

Another massive #Bitcoin inflow to the Canadian Bitcoin Purpose spot ETF on Tuesday with 1.15k $BTC added to the fund! 🔥AUM is now sitting at a new all-time high of 33.5k bitcoin! 🚀 pic.twitter.com/PuP4vQw0hD

However, the possibility of a recession continued to cast a pall over Bitcoin’s upside potential. For example, Brian Coulton, chief economist at credit rating agency Fitch Ratings, predicted that core inflation would continue high until 2022, particularly as the Ukraine-Russia situation heightened the possibility of global price shocks.

“If core inflation remains strong and inflation expectations rise, the Fed and the BOE may be forced to move rates to neutral or restrictive levels rapidly,” he wrote, adding that the Fed fund rate may reach 3% by the end of 2022. Excerpts:

“In such a scenario, US GDP growth might decline to 0.5 percent or lower in 2023, compared to Fitch’s baseline prediction of 1.9 percent.”