Bitcoin holds steady as gold approaches $2000, and the US dollar reaches its highest level since May 2020 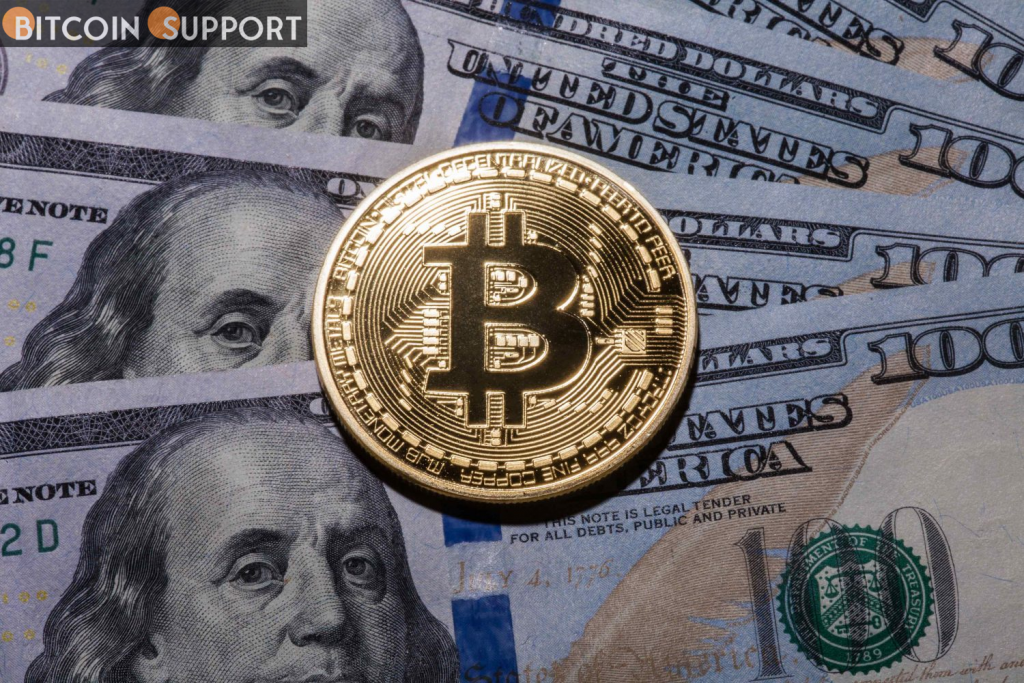 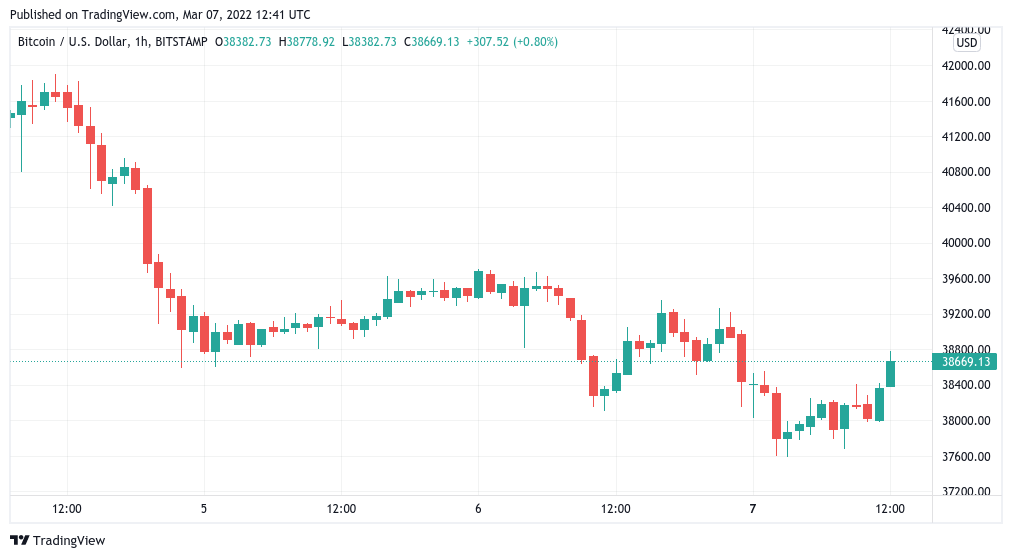 Gold and the dollar both portend bad days for stocks.

BTC/USD bounced at $37,600 overnight, according to data from TradingView, before tracking around $1,000 higher.

The pair had been under pressure before into the weekly close, reaching its lowest level this month amid reports that Western sanctions against Russia may be expanded to include an oil embargo.

Thus, an already anxious environment aided gold’s performance, which returned to $2,000 per ounce for the first time since August 2020 on Monday. 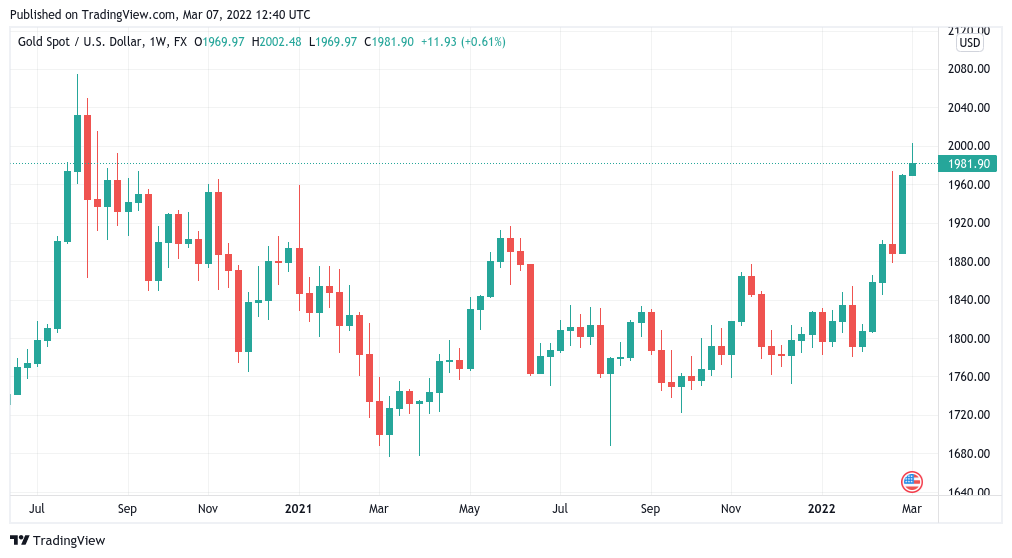 The US dollar followed suit, surging against its rivals to see the US dollar currency index (DXY) hit a two-year high.

Other major foreign currencies, such as the euro, took a hit, with EUR/USD plunging below $1.09 to levels not seen since the March 2020 Covid meltdown. 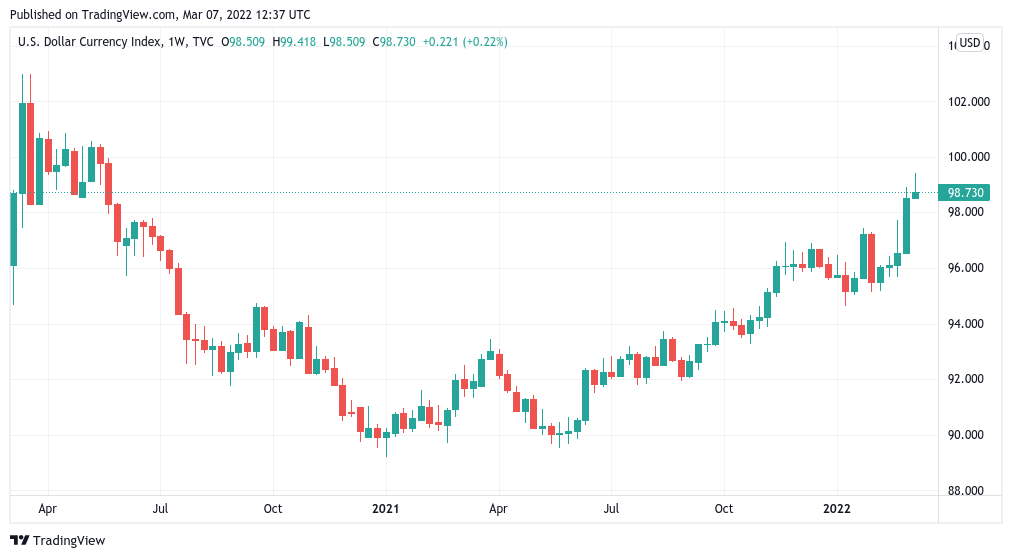 “If Bitcoin were decoupled from the stock market, it would be performing similarly to gold since December,” analyst Matthew Hyland argued in a Sunday overview.

“Bitcoin is inversely proportional to the stock market. It has not’separated.’ Perhaps it will eventually decouple, but until that occurs, there is no way to infer it has or will.”

Such a “decoupling” was perhaps more necessary than at any point in recent history, as stocks confronted the prospect of a mix of surging commodity prices and government-led inflation-control measures.

Prior to the opening of Wall Street, S&P 500 futures were edging closer to a 2% fall, while Germany’s DAX was already down nearly 4%.

Blankfein, the former CEO of Goldman Sachs, believes cryptocurrency should be “having a moment.”

Meanwhile, the degree of Bitcoin’s poor performance has attracted the attention of the traditional finance world.

Lloyd Blankfein, the former CEO of Goldman Sachs, questioned why cryptocurrency in general was not experiencing greater inflows in light of government control over money.

“While I’m keeping an open mind on crypto, given the inflated US currency and the sharp reminder that governments can and will freeze accounts and stop payments in certain circumstances, wouldn’t you think crypto is having a moment right now? So far, I’m not seeing anything in the pricing “Monday, he tweeted.

MicroStrategy CEO Michael Saylor responded by blaming conflicting investment profiles active in Bitcoin in particular, but forecasting that the current quo will eventually be shattered, allowing it to fulfil its role as a long-term investment.

“There is a conflict between conventional traders who view bitcoin as something to buy or sell based on their present risk assessment and interest rate forecasts and fundamental investors who just want to buy it all and hold it forever,” he said.

“In the long run, the HODLers will prevail.”