Bitcoin has reached $44,000, but traders are waiting for a few more daily closes before making a move higher 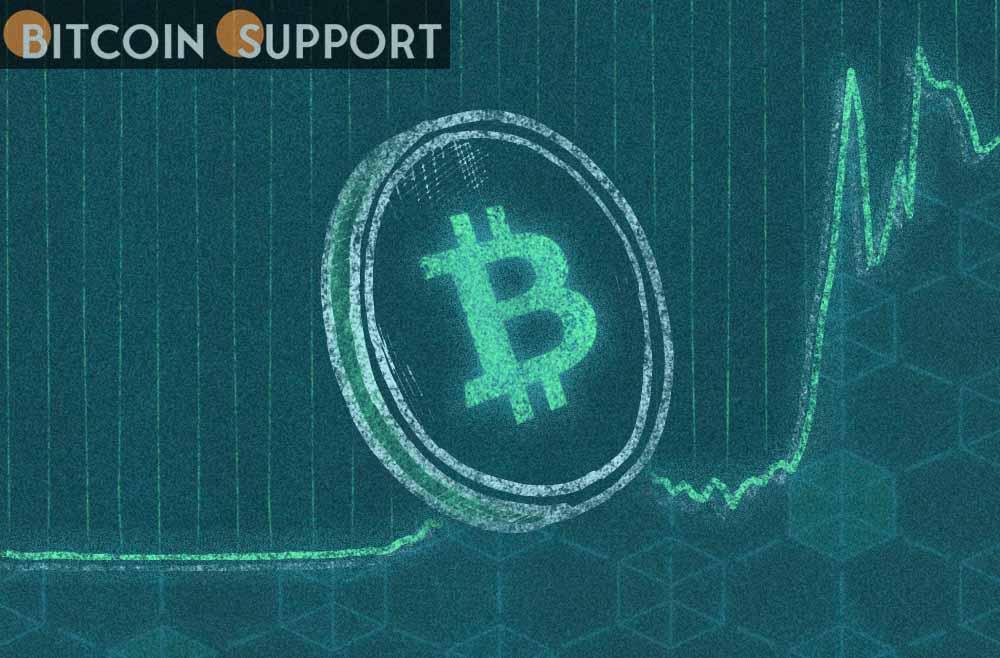 As investor enthusiasm increases across the industry, BTC smashed past a crucial price milestone, but analysts warn that $44,000 must become support to signal a macro-level trend change.

On March 24, sentiment in the cryptocurrency ecosystem is improving after three days of gains helped bring Bitcoin (BTC) back above $44,000 and Ether bulls took control above $3,100.

The soaring price of BTC comes against a backdrop of rising inflation and interest rates, which, according to Minneapolis Federal Reserve President Neel Kashkari, could see up to seven rises by 2022. 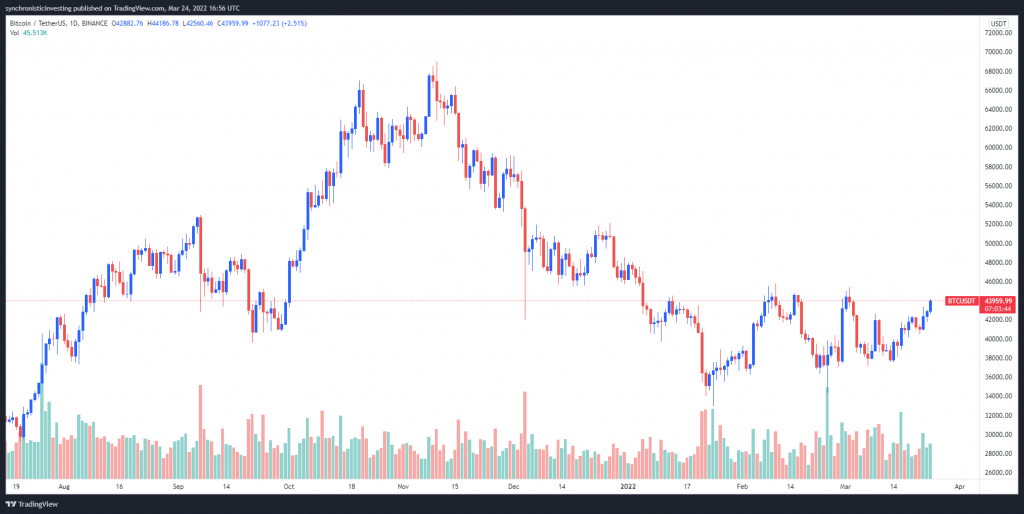 According to numerous observers, after trading at $43,000 in the morning session in March, a noon jump sent the price of Bitcoin to an intraday high of $44,186, when it ran into a key resistance zone.

Bitcoin must convert $44,000 into a support level.

According to market expert and pseudonymous Twitter user Rekt Capital, who provided the following chart illustrating the shape that has been forming over the past few months, “Bitcoin is breaking out from the weekly ascending triangle.” 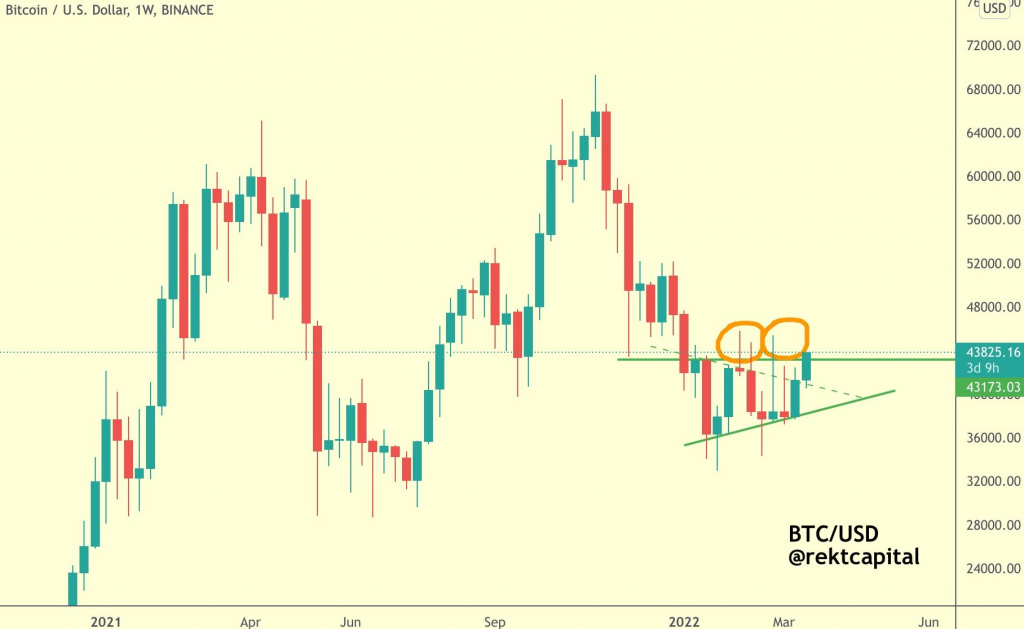 While many are hailing the fast rise as a return to bullish market conditions, Rekt Capital cautioned that “for BTC to confirm its breakout,” it “has to shift the ascending triangle top into support (e.g., via a one-week close).”

“Upside wicks beyond this Ascending Triangle peak have happened before (orange circles),” according to Rekt Capital.

Sheldon the Sniper, a crypto trader and pseudonymous Twitter user, highlighted the significance of the resistance BTC presently confronts in the accompanying chart, which highlights the zone from $44,000 to $46,000.

“Forty-four thousand dollars–$46,000 is a very critical zone for bulls to break,” the trader said. I anticipate a short-term resistance in this zone, but a breakout in the next few days. The market is clearly showing signs of growth.”

The total cryptocurrency market capitalisation is currently $1.997 trillion, with Bitcoin commanding 41.8 percent of the market.