Bitcoin ETF inflows in Canada have reached an all-time high 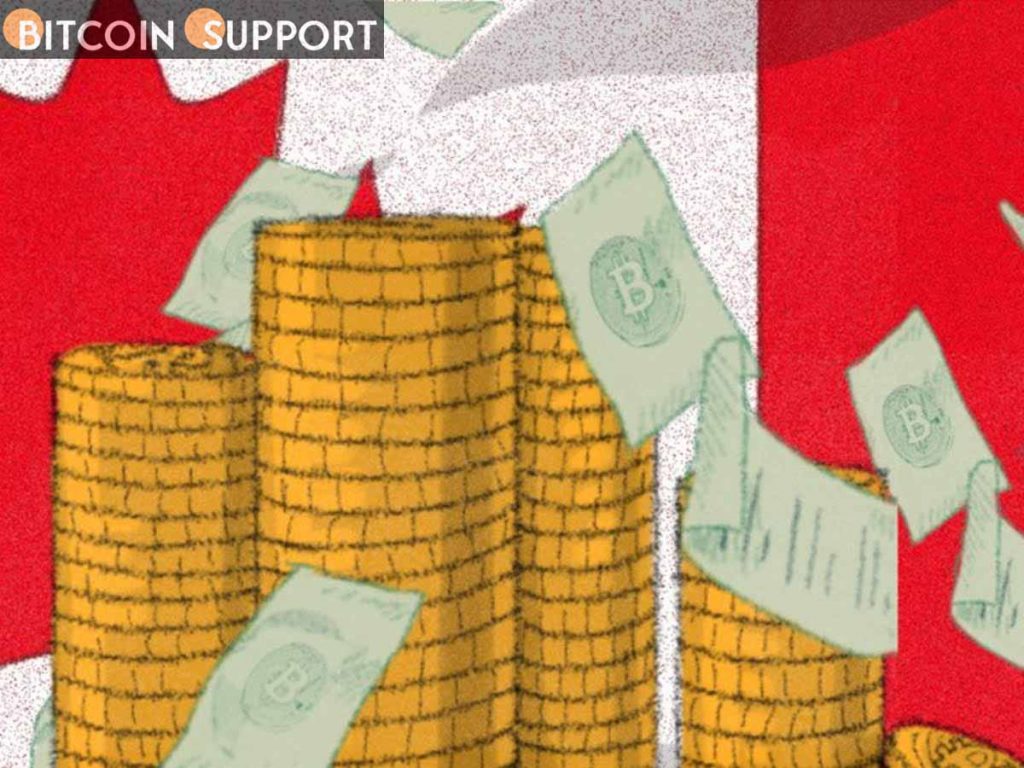 Since January, Canadian Bitcoin ETFs have added 6,594 Bitcoin (BTC) to their holdings, bringing the total number of BTC held to an all-time high of 69,052.

According to Glassnode, the Purpose Bitcoin ETF witnessed the most gain in holdings over that time period, with a net increase of 18.7% to 35,000 BTC. 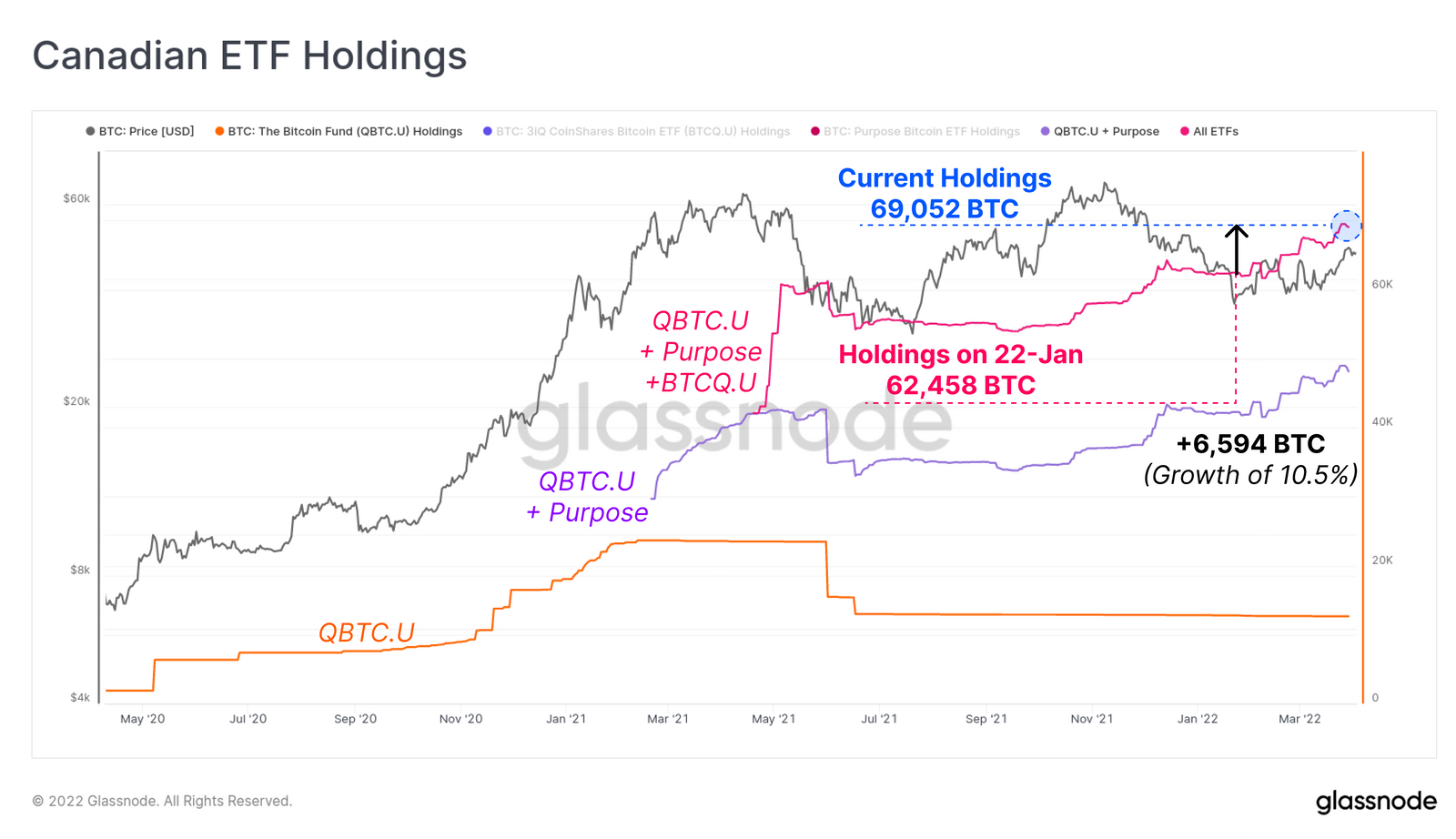 An exchange-traded fund (ETF) is a type of mutual fund that allows investors to bet on the price of an asset without actually owning it. The Purpose Bitcoin ETF, a spot Bitcoin ETF, presently manages around $1.68 billion in assets. Although there is presently no Bitcoin ETF available in the United States, the indicators reveal that investors are hungry for the Canadian offering. The crypto exchange outflow rate reached a 2022 high of 96,200 BTC per month, according to blockchain analytics firm Glassnode’s recent Week OnChain report.

The analytics company reacted to the timing of events surrounding Bitcoin fluctuations by saying:

“Despite the multiple macroeconomic and geopolitical headwinds of recent months, it is extremely impressive to watch such large withdrawals from exchanges (spot holdings), as well as inflows into both ETF products, DeFi applications, and on-chain accumulation wallets.”

This week also saw an influx of buying from Luna Foundation Guard, inflows into Purpose ETF, and 1k+ $BTC Whales.

Terra’s Luna Foundation Guard (LFG) is one of the most recent buyers, with a goal of acquiring $3 billion in BTC. With only 2 million BTC left to mine after the 19 millionth coin was mined on April 1, Bitcoin scarcity is becoming a major concern as acceptance and investment grow among governments, organisations, and individuals.

“The scarcity and purity nature of Bitcoin as collateral may well be returning to the foreground once again,” Glassnode said.