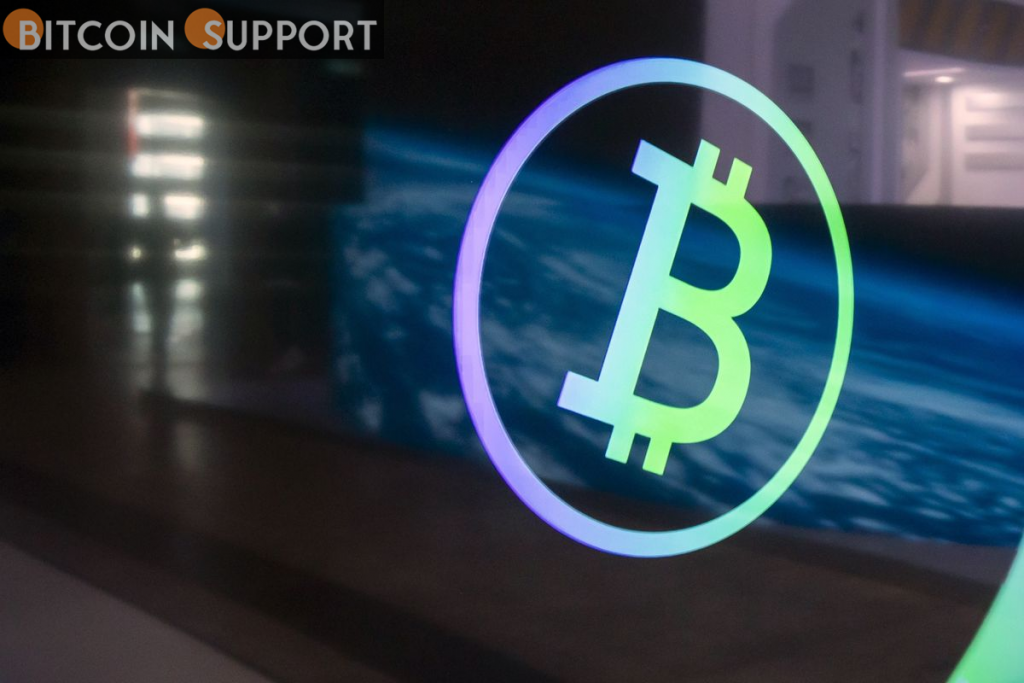 Bitcoin (BTC) is currently trading in the $43k-$45k region, following a week-long decline from the $48k level. At present levels of whale activity, on-chain data shows a bullish divergence and an increase in whale activity. As a result, the Bitcoin (BTC) price may have a significant upward rise from here. At the time of writing, the price of Bitcoin (BTC) is $43,615, up over 2% in the last 24 hours.

Bitcoin fell below $43.1k and has subsequently rebounded slightly. Our model suggests a bullish divergence between the number of unique $BTC moving on its network and the current market cap levels through the first week of April.

Additionally, Bitcoin (BTC) Whale Transactions greater than $100k reflect the highest spikes in whale transactions over the last 24 hours. Whales transferred over 1000 BTC worth over $100,000. Additionally, despite the redistribution of Bitcoin, whales have continued to withdraw Bitcoin from exchanges. As a result, the Bitcoin (BTC) price has been steadily rising since bottoming out near the $43k mark. Additionally, on-chain data indicates that the Bitcoin price is exhibiting strong upward momentum. 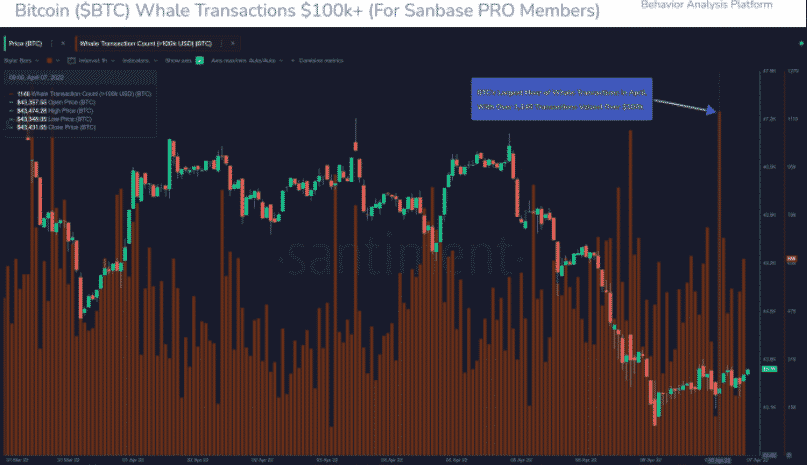 Bitcoin’s price is now trading sideways. With the mid-having event slated for April 11, the price should confirm a bullish rally by breaking above the $45,500 level. However, if Bitcoin (BTC) fails to gain momentum and breaks through the 43,000 barrier, we could see further price declines.

According to CoinMarketCap, the Bitcoin price has fallen approximately 3% in the last week.