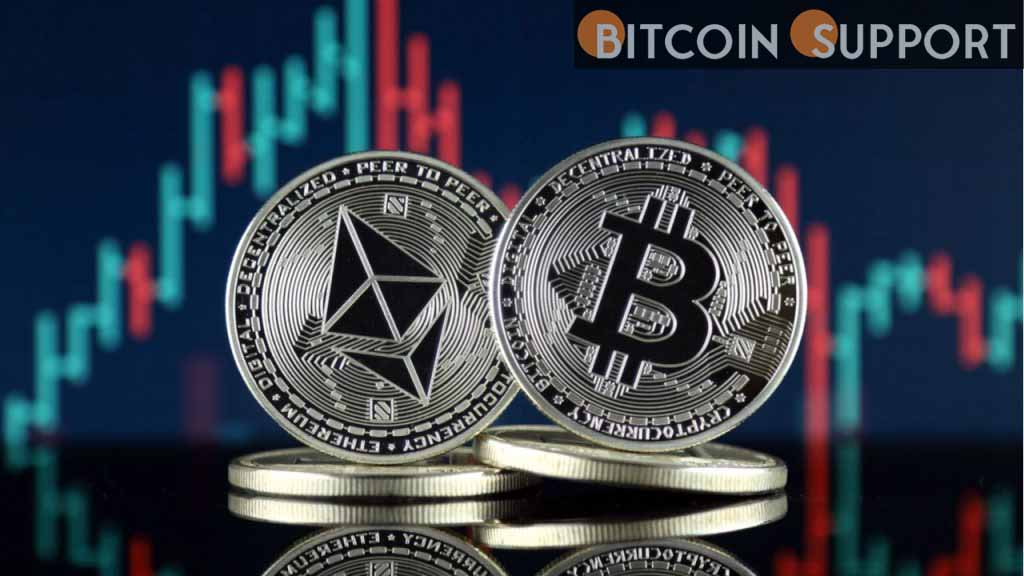 BTC bulls have been scarce in recent days, as the world’s largest cryptocurrency has been under increasing bearish pressure.

This pressure came as a result of Tuesday’s advance to the resistance level of $45,000, which generated an attack of new short sellers. 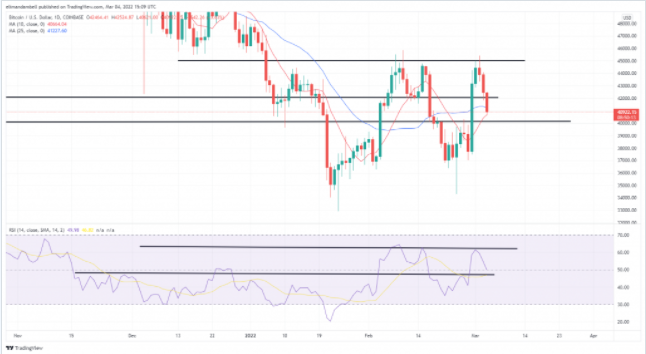 At the moment, it appears as though this bearish pressure will surely drive prices to the floor. Once there, though, market uncertainty may set in.

ETH, like bitcoin, is down for a third straight day, with the world’s second-largest cryptocurrency down 7% as of writing.

This is slightly higher than today’s low of $2,680.50, but many anticipate further price declines as Friday’s session progresses. 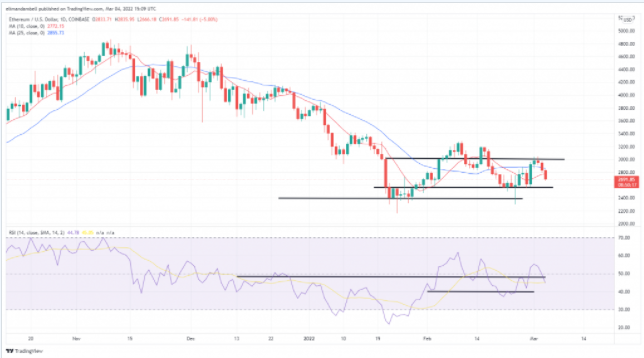 Bears appear to be aiming for the $2,550 support level, which has been in place since prices were trading near the $3,000 resistance level.

Price strength has also entered oversold territory, as shown by the 14-day RSI reading of 44.8. However, the 39th level appears to be a feasible floor.