Bitcoin and Ethereum Technical Analysis: Bitcoin Rebounds in the Wake of Russia’s Invasion of Ukraine 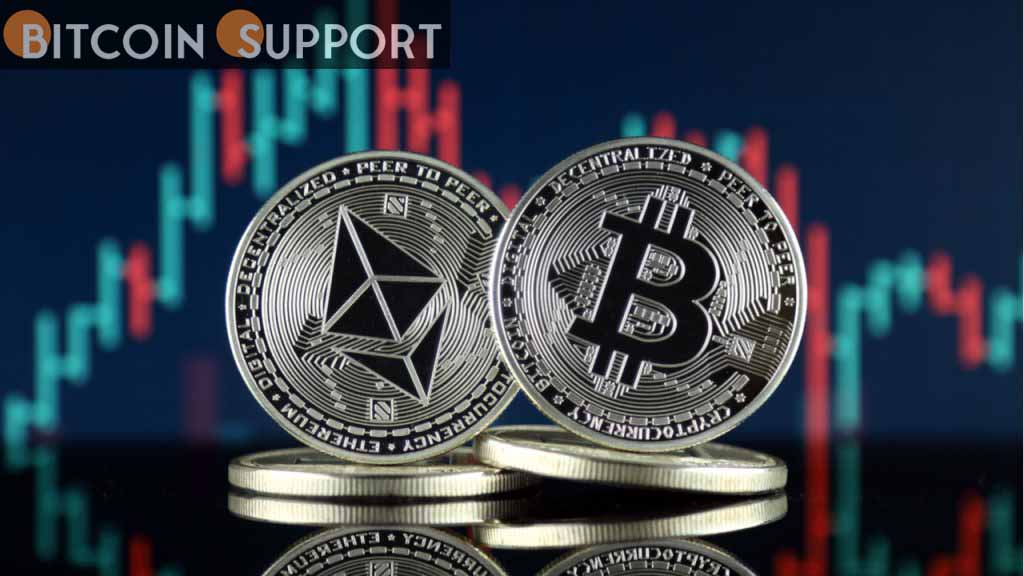 Bitcoin and Ethereum values have been volatile in the aftermath of Russia’s invasion of Ukraine, with both plummeting to one-month lows on Thursday. Both have since risen away from these lows, in what appears to be a period of consolidation.

As of this writing, cryptocurrency markets are up more than 7% on Friday, with bitcoin up 8% heading into the weekend.

BTC briefly rebounds on Friday, edging closer to the critical $40,000 barrier, which it hasn’t touched since the start of the week. 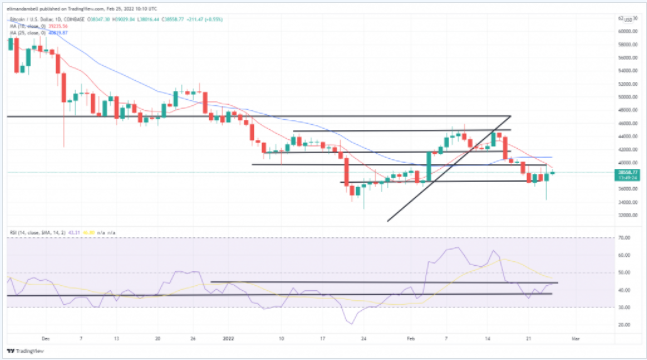 The 14-day RSI has also dipped somewhat, and now appears to be consolidating below the 43.8 barrier.

As long as prices remain between the $37,240 floor and the $39,640 ceiling, market uncertainty is expected to persist.

Current mood, on the other hand, appears to be more pessimistic, as the 10-day moving average continues to trend lower.

ETH’s price was also slightly higher, as bulls are unwilling to allow the world’s second largest cryptocurrency to fall below its long-term support.

Price strength has also increased, with the 14-day RSI breaking over its recent resistance level of 39.60 to trade at 40.80. 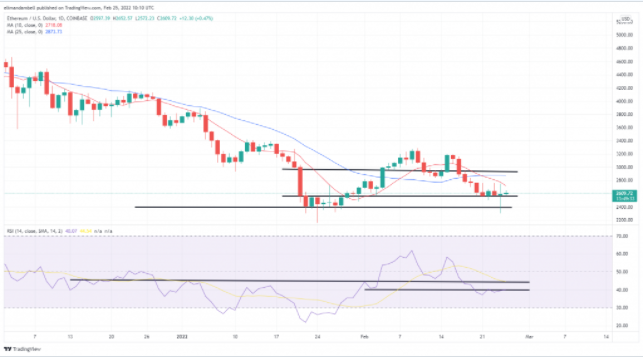 Following the rise, ETH is currently slightly above a stronger support level of $2,550, which has previously spawned multiple bull runs.

Despite this, traders are expected to remain cautious, as many believe that Russia’s invasion of Ukraine could deteriorate further, prompting investors to take a risk-averse stance.